Keneil Delisser wants to create a legacy in music 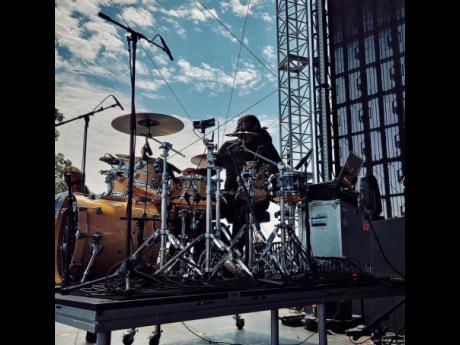 Contributed
With a clear passion for the drums, Delisser now hopes to use his talent and creativity to make an impact in music. 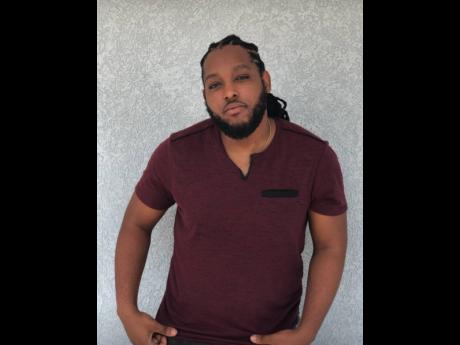 Keneil Delisser is no stranger to putting on a show. With drumsticks in hand and his foot firmly planted on the bass drum’s pedal, the drummer and producer who has been on four Grammy-nominated works said that his hope is to one day leave a legacy in the music industry here at home and abroad.

Prior to using his gifts as a musician to travel the world and work with some of Jamaica’s biggest names in entertainment, 25-year-old Delisser, who is originally from Runaway Bay, St Ann, was just like many other drummers who picked up an affinity for the instrument in church.

“You know when you are younger you do everything for the church, so it started from there for me. I think I liked music from I was like really, really young but as you get older you start to really pay more attention to it. But by high school I was very invested into the drums. Back then I was self-taught before going to Edna and I have a lot of elders who helped me along the way. To be honest, I owe all of my drumming life to a brethren called Kirkland Tulloch. He is a dear friend of mine and he was the one who really pushed me to take the music seriously,” he shared.

A past student of the Ferncourt High School, Delisser was keen on furthering his knowledge of the instrument and profiting from his natural skill. He enrolled in the Edna Manley College of the Visual and Performing Arts in 2013 and says luckily his parents had his back in this decision where most would want their children to take on more traditional studies.

“I guess I am the lucky one. My parents were very supportive 100 per cent of the way. Anything that I needed or wanted pertaining to the drumming, they were there behind me for the whole journey and now it is paying off and I am happy for all their support in my career,” he shared.

It seems luck would never leave his side since that moment as prior to leaving college, he began touring with several industry names.

“My Edna Manley journey was different, but kind of similar to most people from the school. I began touring from I was in college. My first major artiste that I started working with was Agent Sasco. I was doing freelance work for him at that time and then after that, I went on tour with Vegas and Beenie Man. I did shows with Marcia Griffiths, Tony Rebel and Queen Ifrica overseas and a lot of other people. I did all of that before I graduated,” he shared of how he began to really spread his wings in entertainment.

Soon after, he would have worked with his idol, Buju Banton, on his Long Walk to Freedom Concert in 2019 when the artiste returned home after his incarceration overseas. He would then receive his first acknowledgement for his contribution to a Grammy-nominated album, from Banton’s Upside Down 2020.

“I don’t know if it was God who worked it out but by time I was leaving, back in 2018, which was my final year in college, I got the call early up in the year to work with Buju Banton. So when school finished now like I went straight into rehearsals for the show [at] the National Stadium,” he said

“It was a once-in-a-lifetime experience. I got to meet him and as a kid, I would tell the musicians that I talk to that one day I would like to do a one tune with Buju Banton so it was almost like a dream come true to see that as a youth you think about doing something and it actually works out. It was a monumental moment for Jamaica and I was part of it, so I am grateful. Everything is still paying off,” Delisser continued.

He would then later continue his streak of work on Grammy-nominations projects for Jesse Royal in 2021 on the album Royal and then this year with Shaggy’s Frank Sinatra project, Come Fly Wid Mi, produced by Sting as well as Koffee’s album, Gifted. He shared with The Sunday Gleaner that he takes great pride is having accomplished all of this.

“At first, I was just happy [they were nominated] but after I was looking at it, I was like a lot people do music and never see anything like this before so it is something to really be grateful for. It has filled me with gratitude and encouraged me to just keep on working,” he said.

Delisser is also a producer under the label Koastal Kings working with artistes such as Imeru Tafari and Blvck H3ro. As he continues to make a name for himself in the music business, the youngster says it would not be enough for him to just do music and be forgotten.

“You know, you get your time and your time will pass, what I really want is to not just be here doing it. When I leave, I want it to be that in some way I have impacted music or made a valuable contribution in music. I really want to leave a legacy.”