Edith Dalton-James leads Jamaican women into politics, guides education with a sure hand 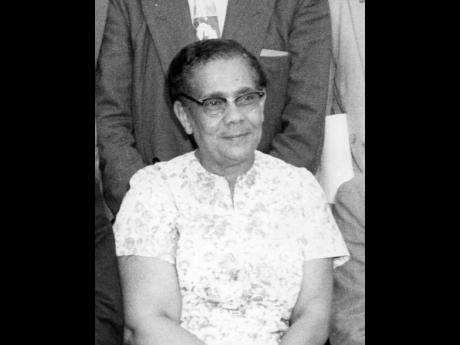 Edith Dalton-James was an outstanding social worker and political activist. The astute pedagogue was a leading educator in the 20th century who used her platform as a teacher to instil knowledge, discipline and seeds of social change in students.

Dalton-James was born of John William and Jeanette Walcott in Townhead (near Savanna-la-Mar), Westmoreland. Her father was a mechanical engineer. In 1919 she married Spencer Wesley James, son of Haughton James, a teacher. The marriage produced a son (Dr Seymour W. James, Jr.) And two daughters (Marebelle James Mowat and Dr Joyce James). She was a member of the Anglican Church.

Dalton James dedicated nearly half of her more than 40 years as a teacher to one institution, Chetolah Park Primary, where she went on to become principal.

While at Chetolah Park, she attended the London Institute of Education, University of London, and graduated with honours.

With a knack for helping and bringing people together through her social work and community activism, Dalton James took an interest in public affairs and hence the political arena was her next hurdle to jump.

Such yeoman service could not go unnoticed and in 1953, Dalton-James was awarded the Queen's Coronation Medal, and in 1958, she received the Order of the British Empire (MBE).

In 1971, the University of the West Indies conferred on her the honorary Doctor of Laws, and in 1975, the Jamaican government awarded her the Order of Distinction (Commander Class). In 1977, a community complex on Slipe Pen Road, Kingston, was named in her honour.

The Edith Dalton-James High School in St Andrew was also named in her honour.