Dedication to social justice and the pen – Una Maud Marson 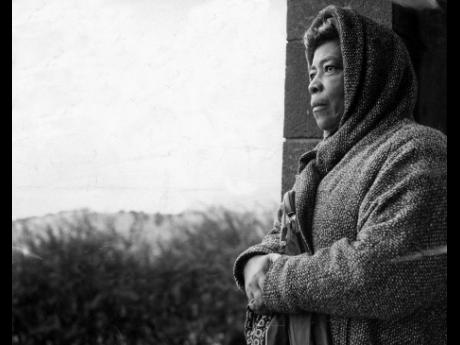 Una Maud Marson’s love for literature and her determination to fight social injustice have made her name one of the most recognisable among the many great women who found ways of contributing to the more egalitarian societies we live in today.

She was known for having numerous idiosyncrasies but her fervour for Literature was unquestionable.

She was born on the 6th of February 1905 in Santa Cruz, St Elizabeth to a Baptist pastor, Reverend Solomon Isaac Marson and his wife Ada Wilhelmina Mullings-Marson. She was the youngest daughter of her parents and attended Hampton High School, a conventional boarding school for girls in Malvern, St Elizabeth. Although she resided in Jamaica, a proclivity for travel would eventually take her to England and the United States of America.

Marson, outside of brilliant writer, was often involved in social work, feminism, broadcasting and drama production. She was fearless as a writer, addressing contentious issues regarding racism, nationalism, social and economic welfare, and gender discrimination.

By 1933 when Marson first left Jamaica, she had already made a name for herself among the best writers of her generation. She began as a secretary at The Daily Gleaner but quickly transitioned to its editorial staff by the early 1920s. But that wasn’t enough for her and she soon established her own monthly magazine, The Cosmopolitan. In so doing, Marson became the first female publisher in Jamaica’s history. The Cosmopolitan was a wonderful platform for espousing the many gender issues of the day.

As a writer, she had produced numerous articles in a short period of time, 1929-1931. She also wrote two volumes of poems, ‘Heights and Depths’ 1931 and ‘Tropic Reveries’ 1930. She wrote and staged a play, ‘At What Price’, which was the first to be written and staged in Jamaica by a woman.

Her work, just as her articles in the Cosmopolitan, articulated her thoughts on a myriad of issues such as the empowerment of women, love and nature. When Marson went to England in 1933, she jumped right into activism, charging headlong into fights equality for blacks and women.

She became secretary to the League of Coloured Peoples in London (a civil rights organisation established to fight racial inequality faced by blacks), temporary collaborator with the League of Nations based in Geneva, Switzerland, and a delegate to the 12th Congress of the International Alliance of Women in Istanbul, Turkey. She also became a part of the staff of the Ethiopian Legation in 1936.

On a return to England in 1938, Marson began working at the British Broadcasting Corporation (BBC) and was the first black female broadcaster to work there. After the end of World War II, Marson again yearned for home, returning in 1949.

Returning to The Gleaner Company, she took a post as organising secretary but also served as general editor of the Pioneer Press.

But Marson needed to scratch her itch for travel, this time heading to The United States. She lived in Washington for almost a decade and continued to write; there she developed a new interest, that is, writing for children. To improve her writing, she attended the George Washington University Workshop which specialised in a course of writing for children and the Catholic University Drama School. Miss Marson visited Jamaica twice during 1960 and returned for residence in 1961.

She went back to serving as an executive secretary at the Jamaica Save the Children Fund. She continued travelling to other countries to work on different projects, but her health was failing, undermining her work output.

In 1965, she received a grant from the British Research Council to conduct a study on the social development of Jamaica. The findings were to be incorporated into a semi-autobiography she had started working on. However, in March of the same year, while on assignment in Haifa, Israel, she became ill and decided to return to Jamaica.

On returning, Una Marson was admitted to the St Joseph's Hospital, Kingston and died there on the 5th of May 1965. She was buried on the 10th of May at the Half-Way Tree Parish Cemetery.