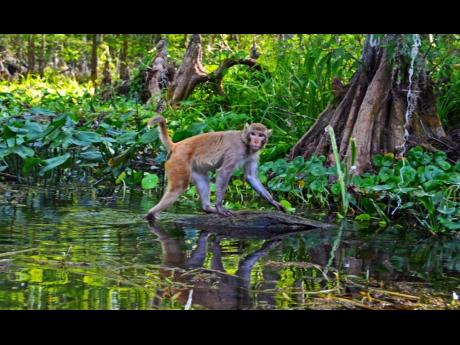 Police in Germany have asked the public to keep an eye out after a number of monkeys escaped from a zoo.

Officers in the city of Freiburg revealed that up to 25 of the primates fled from the zoo as construction work took place.

Zookeepers were unsuccessful in their initial attempts to capture the monkeys and police investigation into the escape is ongoing.

The Barbary macaque monkeys are not believed to pose a danger to humans and zookeepers suggested that they are more likely to flee than attempt to fight. Members of the public that spot the animals have been urged to keep a safe distance and contact the police.

A similar incident occurred at an Irish Zoo last year after a monkey made a bid for freedom.

Visitors explained how the zoo was put in temporary lockdown as the monkey, named Valentino, was being pursued by zookeepers in golf carts.