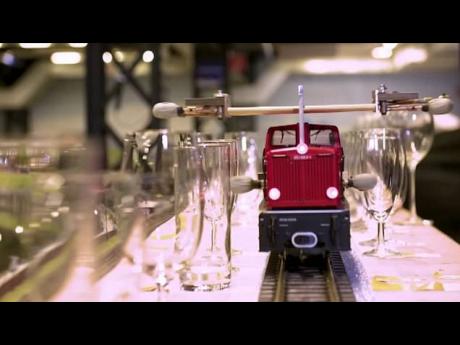 A German museum has broken a Guinness World Record using a model train and nearly 3,000 glasses of water.

Fredrik Braun, founder of the museum in Hamburg, explained how he and his team spent their time setting up a model train and filling 2,840 wine glasses to prepare for the record attempt during the attraction's enforced closure due to coronavirus.

Mallets attached to the train struck the glasses it passed and created musical notes. The train then played 2,840 classical music sounds, replicating pieces from Strauss and Beethoven.

The unique project resulted in the world record for the longest melody played by a model train.

Braun admits that he wouldn't have ever considered trying to break the record had it not been for the pandemic.

He told Guinness: "Had there not been a lockdown, we would have thought about the project for a minute and then buried it as impossible."