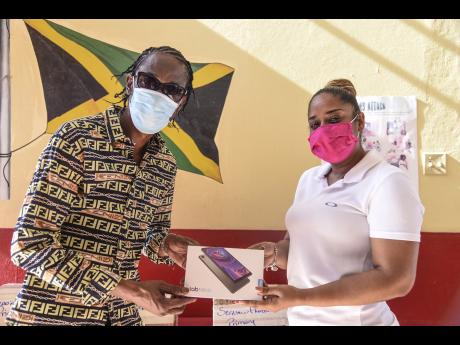 Wherever you stand on the argument about whether or not dancehall music has helped foster criminality and violence in Jamaica, the former ‘Poor People Governor’ and ‘Warlord’, Bounty Killer makes a wonderfully put-together point. Ok, maybe it is time to stop blaming, pointing fingers, recognising that we are all at fault, either for ignoring the problem, or by being unwilling to do what is necessary to fix it, and find solutions.

DANCEHALL ARTISTE Bounty Killer has pushed back at suggestions that dancehall has been fuelling violence in Jamaica.

Recently, the debate on the link between dancehall music and crime was reignited with strong arguments on both sides, with many people claiming that some dancehall songs, especially those glorifying murder and guns, were harmful to society.

But yesterday, the veteran artiste called on everyone to take a look in the mirror and recognise their own role in the crime situation and to come up with solutions instead of casting blame. He noted that music was a very minor influence in comparison to other factors.

“It’s social dysfunction that causes violence. Violence has become a culture in Jamaica. Music is just one of the little entities in the world that might have influenced anybody,” Bounty Killer told The Gleaner at one of his latest charity initiatives as he donated 40 tablets to the Seaview Gardens Primary School in St Andrew yesterday.

“Personal behaviour influence people. The media itself is an influence. The movies, role models, broken homes, even corrupted leaders, they are an influence on everything, too,” he said. “So tell you what: all of us are to be blamed. It is our country and it is our fault … . We’ve got to work it out, but pointing fingers is not going to come up with the solution.”

Turning to the recent spate of violence against women, Bounty Killer said that this has been a long-standing societal problem, which has, seemingly, intensified, adding that Jamaica needs more“love and togetherness”.

He has sought to distance himself from previous actions and statements that could be interpreted as condoning violent behaviour, saying that he is now a wiser man.

“I do learn from my mistakes … . One of my mistakes was to sing seh‘murder informa’, and ‘people dead’, and ‘my gun nuh join lodge’, and all these things. I am growing, and I am trying to move past that. That is why I did an ad recently with Crime Stop … . So those are the initiatives we are taking on now to establish what side we are on and where we are going. I am going forward with Jamaica. I am for the country and for the people.”