The real cost of football’s success 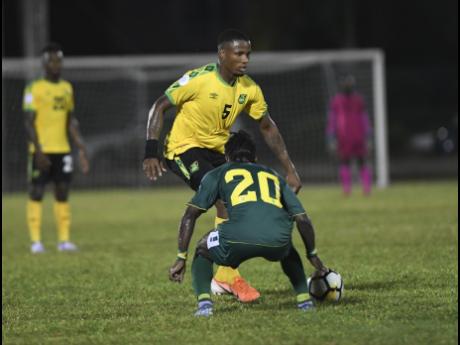 A successful Reggae Boyz over the course of two competitions could cost the Jamaica Football Federation more than $1 billion. The figure rises over the head of a hopeful nation like a terrible demon in the mind of a child at night when the shadows come through a scary window. But when the darkness of night fades away, will the terror slink back into the dark recesses of our mind, or is the figure two prohibitive for our island nation?

GENERAL SECRETARY Dalton Wint said it is going to cost the Jamaica Football Federation (JFF) over a billion dollars to sustain the national men’s programme during the upcoming FIFA World Cup qualifiers which start in September.

The Reggae Boyz are aiming to qualify for the tournament which is set for November 2022 in Qatar.

“It is a huge budget that we have in front of us because that way we use to travel, it cannot be the same way that we will be travelling going into the World Cup qualifiers,” Wint told The Gleaner. “The new arrangements that will be made will come with consequences, so over a billion dollars is what we will be seeking to run this campaign. That is the figure that we are looking at, but it keeps changing because of the requirements for participating in games at this time as a result of the COVID-19 pandemic.”

Wint said that the JFF has employed the services of Shanique Dunchie to lead its marketing department.

“We have employed a new marketing manager and the board will discuss a new way of approaching sponsorship,” he said. “We are also having discussions which might include having arrangements with third-party entities.

“I am very positive that we will be able to get sponsors, donors, and our partners who include the Government, then we should be able to achieve.”

Sports consultant Dalton Myers says COVID-19 is making it difficult for the JFF to get this amount of money from sponsors due to the harsh economic climate that the country is now in.

“It (a billion dollars) could be primarily because of the many protocols that we will have to put in for COVID,” said Myers. “They will have quite a number of expenses compared to previous years, so to get it is going to be a huge challenge because of the downturn in the economy.

“They may have to very well find unique ways to cut other areas so that they can focus on the players, so it is going to be really hard for them.”