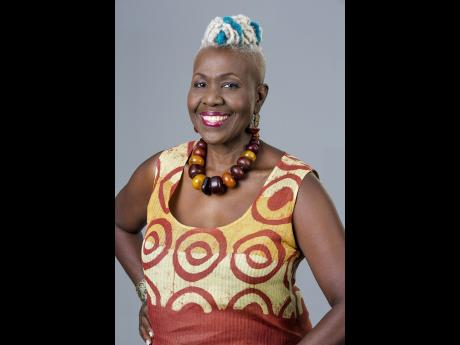 The revered Carolyn Cooper is a literary scholar and a Jamaican author. In addition to this, she is a professor of Literary and Cultural Studies at the University of the West Indies, Mona.

From 1975 to 1980, she was an assistant professor at Atlantic Union College in South Lancaster, Massachusetts. She was appointed as a lecturer in the Department of Literatures in English at the University of the West Indies in 1980. In conjunction with her other roles, she writes weekly columns for the Sunday Gleaner.

Carolyn Joy Cooper was born in 1950 in Kingston to parents who were members of the Seventh-day Adventist Church.

In 1968 she was awarded the Jamaica Scholarship (Girls). She attended the University of the West Indies, Mona, graduating with a Bachelor of Arts degree in English (B.A. English) in 1971. She was awarded a Canadian International Development Agency fellowship to the University of Toronto, Ontario, Canada, in 1971 to study for her Master's degree in English, which was followed by the completion of her PhD at the same institution in 1977.

She was pivotal in establishing in 1994, the Reggae Studies Unit at the University of the West Indies, Mona, which has hosted numerous public lectures and symposiums featuring reggae/dancehall artistes and other practitioners in the music industry in Jamaica and internationally such as Lady Saw, Vybz Kartel, Bounty Killer,  Tanya Stephens, Gentleman and Queen Ifrica. The Reggae Studies Unit has also convened academic conferences, including, in 2008, the Global Reggae Conference, the plenary papers for which are collected in Global Reggae (2012), edited by Cooper and published by the University of the West Indies Press.

Her other merits include co-hosting the television show, ‘Man and Woman Story’ in the 1990s, with Dr Leahcim Semaj for the Jamaica Broadcasting Corporation. She also co-hosted a public affairs programme, ‘Question Time’ on CVM television, and, more recently, ‘Big People Sup'm’ on PBC Jamaica.

She is also an instrumental contributor to the 2019 anthology New Daughters of Africa, edited by Margaret Busby. Cooper is also the author of the books ‘Noises in the Blood: Orality, Gender and the "Vulgar" Body of Jamaican Popular Culture (1993)’ and ‘Sound Clash: Jamaican Dancehall Culture at Large (2004)’.

Her awards include the Association of Commonwealth Universities Academic Exchange Fellow, University of the South Pacific, Fiji, (1993), placing sixth in The Gleaner’s “The 10 Best-Dressed Men & Women of 2011” and The Order of Distinction in the rank of Commander (CD), August 2013, “for outstanding contribution to Education.”