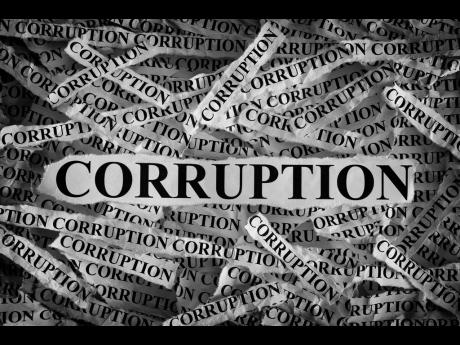 British High Commissioner, Asif Ahmad, did not hold back when speaking about corruption in Jamaica, pointing the finger at politicians as being major players in the gun-running ‘industry’. But he did hold back on where the information about who those persons were and what sanctions they would face went. The Gleaner wants him to take the next step and the opinion is definitely worth another look.

WHAT ASIF Ahmad, Britain’s high commissioner in Jamaica, must now explain is what happens to the evidence when the trail from gunrunning and other transnational crimes leads to politicians in Jamaica, and why none ever seems to be charged and tried for such offences. This is separate from those situations where, according to Mr Ahmad, politicians throw mud at each other, hoping some will stick, in which event Britain won't “act on rumours and innuendoes”.

This question is, in a way similar to concern we raised with Prime Minister Andrew Holness earlier this month, regarding the “criminal masterminds” who orchestrate the syndicates of violence in Jamaica’s most troubled communities, don’t appear to become ensnared in what the PM said were “precision interventions” of states of emergency, while their “poor, uneducated” minions are often, and readily, trapped. There may be issues to be resolved regarding how, and by whom, the net is cast in Mr Holness’ defence of states of emergency as his Government’s key crime-fighting tool.

But back to Mr Ahmad. The diplomat is coming to the end of a four-year tour of duty in Jamaica. This week he gave an exit interview to The Gleaner in which he addressed Jamaica’s most intractable problem, violent crime. While Mr Ahmad can’t fathom how a country this small, with under three million people, should have one of the world’s highest homicide rates (49 per 100,000), he more than implied that there is hard evidence for what most Jamaicans intuit: that politicians and politically connected persons are actively involved in, or contribute to, the island’s criminality.

Said Mr Ahmad: “When we run operations here with Customs, chasing firearms, or when we follow the money, as we do – and our American colleagues have the same experience, as well as Canada – it is striking how often the trail leads to a politician on a council; somewhere.”

The question is, what happens next? We assume that the operations to which the high commissioner referred are ‘run’ in conjunction with elements of Britain’s vaunted Metropolitan Police (Scotland Yard), as well as the UK’s external spy agency, MI6, or perhaps the Directorate of Military Intelligence, utilising secret memoranda of understanding signed in the early 2000s when Peter Phillips was Jamaica’s national security minister.

We can’t recall, over the last several years, hearing of a politician being nabbed for acts of corruption, or for the kind of crimes which Mr Ahmad suggested that they get up to, and of which the British agencies and their Jamaica counterparts would be expected to collect, collate and analyse evidence. This evidence must be stored somewhere. Jamaicans, however, don’t want it only to sit in files growing mould, or whatever is the cyber equivalent to mould.

And while Jamaicans may be glad that Prime Minister Holness, as Mr Ahmad said, is “determined” to root out the nexus between politics and criminality, they also know that the greatest deterrent is the demonstration that there are real consequences for criminal behaviour. In other words, politicians, like other people accused of crimes, must be charged for the offence and the evidence against them produced in court, at trial. If they are found guilty, they should be sentenced in accordance with the law.

Acting on evidence produced from“operations run” by law-enforcement agencies is, Mr Ahmad no doubt appreciates, different from the British government being asked to sanction politicians on the basis of rumours or innuendoes, or allegations flashed about on election campaign trails. Further, while bipartisan effort may indeed be important to drive this impunity “out of the ecosystem”, the rule of law is elemental.