Biden walked in to a trap 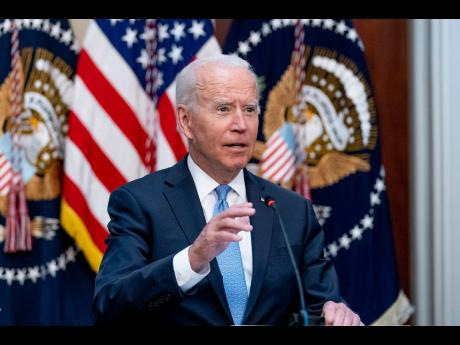 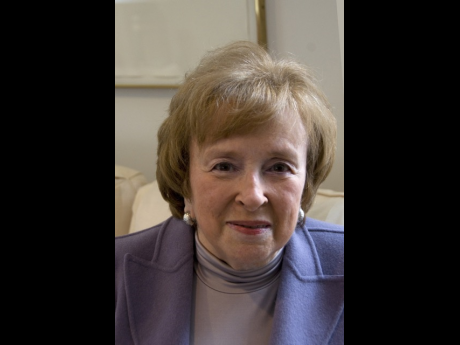 Elizabeth Drew is a Washington-based journalist and the author, most recently, of Washington Journal: Reporting Watergate and Richard Nixon’s Downfall.
1
2

WASHINGTON, DC: When the election gods handed Joe Biden the presidency in 2020, they set a trap that he walked right into. The question – one that could define his presidency and affect the 2024 presidential election – is whether he can escape the trap formed by the narrow margins the Democratic Party has in both chambers of Congress. Along with the presidency, Biden was handed a 50-50 vote in the Senate, with the deciding vote to be cast by Vice-President Kamala Harris, and an eight-vote margin in the House of Representatives. Thus, one Democratic senator or four Democratic representatives can block any Biden initiative.

Notwithstanding this, Biden proposed the expansion or initiation of numerous domestic programmes, with improvements to the 'social safety net' and environmental efforts, including:

• Expanded Medicaid coverage, and Medicare, to include eye, hearing, and dental care;

• Universal pre-kindergarten for three- and four-year-olds; and

Most of these programmes are popular. Combatting climate change has more Democratic than Republican support, and the White House wants it badly because Biden will attend the UN climate change summit (COP26) in Glasgow on October 31. This may have been what led House Speaker Nancy Pelosi to set the October 31 deadline for Congress to pass the “human infrastructure/climate” bill.

The $3.5-trillion cost of programmes on the scale Biden envisaged appeared to be high. Spread over 10 years, it amounted to $350 billion annually, a less alarming amount (though the White House failed to communicate this effectively). Earlier estimated costs of the package had placed it at between $6 and $10 trillion, largely because Senator Bernie Sanders, the most left-leaning senator, is chairman of the Senate Budget Committee. Still, $3.5 trillion had the appearance of being a negotiable number.

But in settling on such an apparently high overall number, did Biden and his aides overlook the fact that, of the 50 Democratic senators, at least two couldn’t be counted upon to go along with such a sum? Joe Manchin, the Democratic senator from West Virginia, which has been turning Republican, is believed to be the only Democrat who can carry the state. He won it in 2018 by 3.3 percentage points. By contrast, Donald Trump won West Virginia in the 2016 presidential election by 42 points. Though Manchin is the most conservative Senate Democrat, his party has a strong interest in him winning re-election in 2024 if it is to maintain control of the Senate.

The other unreliable vote is that of Kyrsten Sinema, a Democrat from Arizona and a mystery to her Senate colleagues. Once a radical leftist, she’s now right of centre. So far as is known, Sinema has resisted telling almost anyone how she wants the human infrastructure/climate provisions changed – though she says she’s told the president, who has met with Manchin and Sinema several times. Further vexing the Democrats’ leaders, the two rebels are understood to want different things. White House impatience with Sinema is growing.

Though Biden served as President Barack Obama’s vice-president, he apparently failed to learn the lesson of Obama’s healthcare initiative. Obama and his aides did a poor job of explaining what was in their proposal, which gave the Republicans an opportunity to speak of “socialised medicine” and “death panels". Similarly, most of what the public now understands of Biden’s package is that it was to cost $3.5 trillion. The president maintains that the package can be paid for by raising taxes on the super wealthy and businesses, but not everyone is convinced.

The social welfare-climate programme is being considered as a “reconciliation” bill because it would be passed under a Senate procedure that requires a majority vote, rather than the 60 votes needed to overcome a filibuster. This was necessary because there are not 10 Republican votes to add to the 50 Democratic votes (or 49 plus Harris). So, if Manchin or Sinema opposes the proposed bill, it would fail, a crushing blow to Biden. Manchin, who represents a coal-mining state and has grown rich from holdings in coal mines, has reportedly vetoed the clean-air provisions, which will likely force a rewrite of the bill.

Almost simultaneously, another proposed bill, composed of 'hard' infrastructure programmes– building or repairing roads, bridges, tunnels, ports, levees and waterways, as well as the delivery of clean drinking water – was moving forward. The hard infrastructure programmes costing a little over $1 trillion, has bipartisan support: 19 Senate Republicans voted for it. Few politicians want to turn down such a boon to their constituents.

The coexistence of these two programmes deepened divisions within both parties. Though moderate Republicans are nearly extinct, the Democrats are deeply divided, particularly in the House. Almost no right-wing Democrats remain nowadays, as members who held such views became Republicans. The Democratic caucus in each chamber is dominated by liberals – which led them to display little interest in negotiating with the moderates. But when Biden indicated that he would go for a smaller number out of necessity, they became more open to compromise. The liberal Democrats don’t trust the party’s moderates to keep their word about supposed agreements, such as whether they’d support the human infrastructure/climate programmes in certain circumstances.

One reason for the divide is that these two groups have different constituencies. Those on the left have little reason to worry about re-election, as opposed to members from 'swing' districts. The disagreements have prevented progress on the human infrastructure/climate bill, as well as on the timing of congressional consideration of both bills. This stalemate has also contributed to an impression of a hapless president. Biden’s team is aware that his presidency may be at stake. So, too, is the Democrats’ tenuous control of Congress.

But something even more important is at risk. Though there were other factors, the sense – particularly among the middle class – that the government is incapable of acting in their interest is widely understood to have fuelled Donald Trump’s 2016 victory. With Trump now hovering on the brink of another presidential race (unless his legal problems prove insurmountable), and likely obtaining almost unhindered power if he wins, something far more than two federal programmes is riding on the legislative outcome. America’s democracy is also endangered.