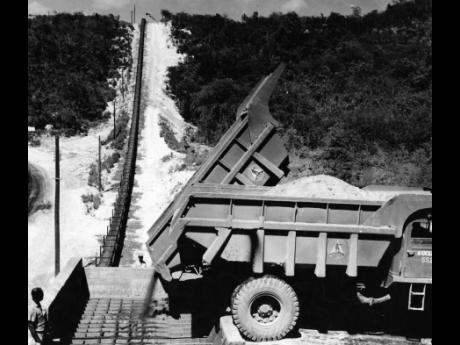 Bauxite being dumped into HOPPER at Comfort. It is then transported by one of the longest conveyors in the West Indies to the Kaiser railroad. 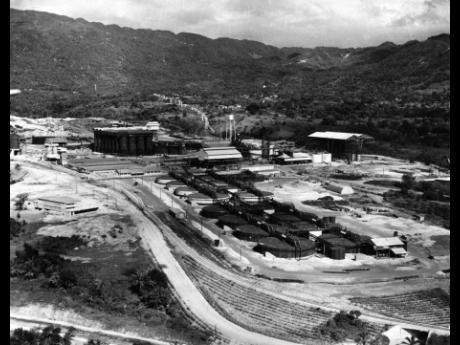 An aerial view of the Alumina , Jamaica’s second alumina plant, which started small production of alumina at the end of October 1959. 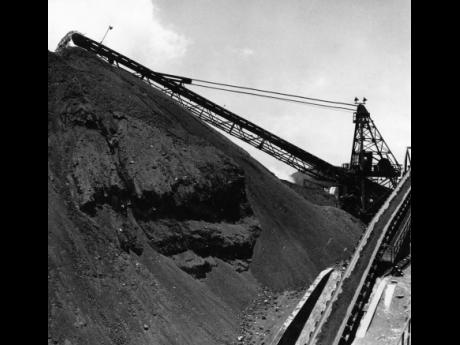 The Boom Stacker unloading bauxite on the wet stockpile at Port Kaiser. 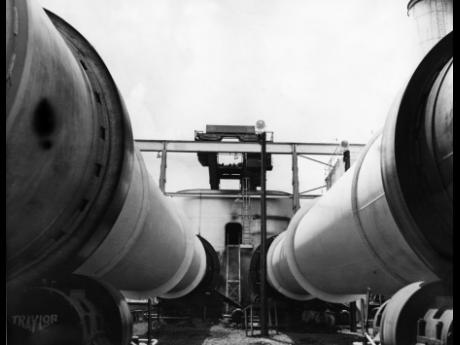 Drying kilns used in the drying operations with an hourly capacity of 50 tons each. They are fired by Bunker “C” fuel oil, which is pumped from Ocho Rios.
1
2
3
4

The bauxite industry, in which over £50 million of US and Canadian capital was invested during the decade just ended, is one of the major elements in Jamaica’s economy.

Since the beginning of operations in 1952, nearly 30 million tons of bauxite have been mined. Today, Jamaica is the largest bauxite producer in the world.