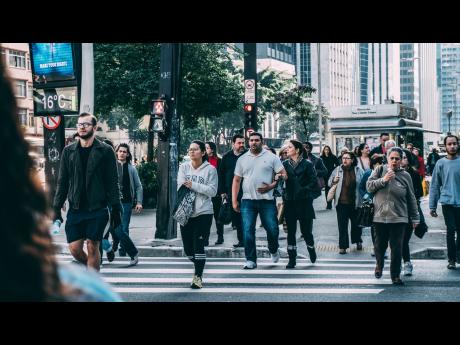 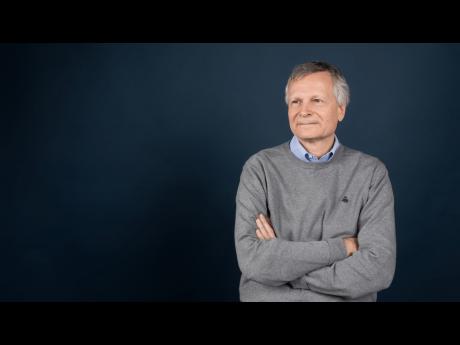 Dani Rodrik, Professor of International Political Economy at Harvard University’s John F. Kennedy School of Government, is President of the International Economic Association and the author of Straight Talk on Trade: Ideas for a Sane World Economy (Princeton University Press, 2017).
1
2

CAMBRIDGE :I wrote recently about the possible emergence, from both the left and right of the political spectrum, of a new economic-policy paradigm that could supersede neoliberalism. The new framework gives governments and community organisations greater responsibility to shape investment and production – in support of good jobs, the climate transition, and more secure, resilient societies – and is much more suspicious of markets and large corporations than the outgoing paradigm is. I called it “productivism,” though others can no doubt think of sexier appellations.

Throughout history, the pendulum of economic ideology has swung from deification of markets to reliance on the state and then back again. Superficially, we appear to be in the midst of another periodic realignment. It was perhaps inevitable that neoliberalism’s excesses – increased inequality, concentration of corporate power, and neglect of threats to the physical and social environment – would trigger a backlash.

But establishing new paradigms requires developing novel approaches, not just emulating the old. When the New Deal and the welfare state replaced the freewheeling capitalism that preceded them, policymakers did not simply revert to former mercantilist practices. They established new regulatory regimes and social-insurance institutions, and embraced explicit macroeconomic management in the form of Keynesianism.

Similarly, if productivism is to be successful, it will have to move beyond conventional social protection, industrial policies, and macroeconomic management. It will need to internalise lessons learned from past failures and adapt to fundamentally new challenges.

State interventions aimed at reshaping an economy’s structure – so-called industrial policies – have traditionally been faulted for being ineffective and vulnerable to capture by special interests. “Governments cannot pick winners,” as the old adage goes. But much of this criticism is overdone. While there have been notable failures, recent systematic studies find that industrial policies encouraging investment and job creation in disadvantaged regions have often worked surprisingly well.

Public-sector initiatives have been behind some of the most impressive high-tech successes of our time, including the internet and GPS. For every Solyndra, the US solar cell manufacturer that failed spectacularly after obtaining $500 million in federal government loan guarantees, there is often a Tesla, the phenomenally successful electric battery and vehicle manufacturer that also received government support at a critical phase of its development.

Nevertheless, there is much room for improvement. The most effective industrial policies entail close, collaborative interaction between government agencies and private firms, whereby companies receive critical public inputs – financial support, skilled workers, or technological assistance – in exchange for meeting soft and evolving targets on investment and employment. This kind of industrial policy is likely to work much better – whether in promoting local economic development or directing major national technological efforts – than open-ended subsidies or tax incentives.

As the name suggests, productivism focuses on enhancing the productive capabilities of all regions and all segments of society. While traditional forms of social assistance and especially better access to education and health care can help in this regard, connecting people with productive employment opportunities requires improvements on the demand side of the labour market as well as on the supply side. Policies must directly encourage an increase in the quantity and quality of jobs available for the less educated and less skilled members of the workforce, wherever they choose (or can afford) to live.

In the future, the bulk of these jobs will come not from manufacturing, but from services such as health care, long-term care, and retail. In the United States, virtually all net new job creation in the private sector since the late 1970s has taken place in services, and less than one in ten workers are currently employed in manufacturing. Even if US policy succeeds in reshoring manufacturing and supply chains, the effect on employment is likely to be limited.

The experience of East Asian manufacturing superstars such as South Korea and Taiwan provides a sobering example. While the share of manufacturing value added in GDP (at constant prices) in these two countries has increased rapidly, their manufacturing employment ratios have steadily declined.

This observation is important, because much US policy is focused on promoting high-tech manufacturing, including the bill recently passed by Congress that will provide $52 billion in funding for semiconductors and related manufacturing. The initiative is aimed at both enhancing US national security vis-à-vis China and creating good jobs. Unfortunately, even if the first objective is met, the second is likely to remain elusive.

A similar point can be made about the subsidies for green technologies that are a core component of the Inflation Reduction Act, which President Joe Biden is likely to sign soon. The green transition is without question an urgent priority that the new paradigm needs to tackle. But here, too, governments cannot kill two birds with one stone. Policies that target climate change are not a substitute for good-job policies, and vice versa.

Shoring up the middle class and disseminating the benefits of technology broadly through society requires an explicit good-jobs strategy. Such an approach would not be so fixated on competition with China, would target services instead of manufacturing, and would focus on promoting worker-friendly technologies.

It is too soon to tell whether a new productivism paradigm will jell, let alone prove adequate to the tasks at hand. Inflation worries may yet come to dominate policymaking and subordinate structural transformation. Price stability is a sine qua non for the pursuit of productivist economic policies. But a return to orthodox macroeconomic approaches focused on monetary tightening and deficit reduction will leave little fertile ground for policy innovation and experimentation.

Ultimately, what economies need is sound ideas, not necessarily a new paradigm. By the time any set of ideas becomes conventional wisdom, it is riddled with one-size-fits-all generalizations and truisms that are bound to be unhelpful and misleading. If the new thinking on productivism is successful, it will eventually be described as a “paradigm,” whether we call it that or not.

Dani Rodrik, Professor of International Political Economy at Harvard University’s John F. Kennedy School of Government, is President of the International Economic Association and the author of Straight Talk on Trade: Ideas for a Sane World Economy (Princeton University Press, 2017).