Did Putin bring down Draghi? 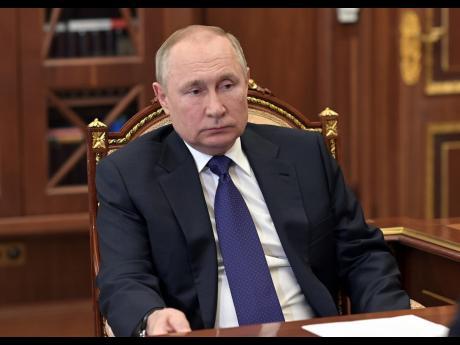 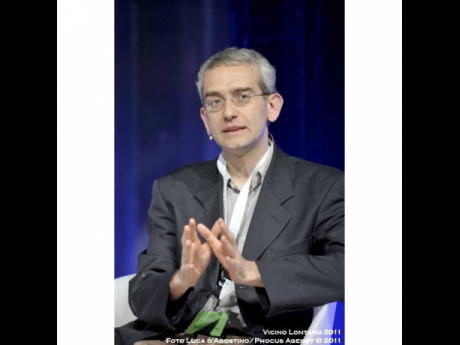 Federico Fubini, an economics journalist and editor-at-large at Corriere della Sera, is the author, most recently, of Sul Vulcano (Longanesi, 2020).
1
2

ROME – Russian President Vladimir Putin’s fingerprints appear to be all over the recent political developments that culminated in Mario Draghi’s resignation as Italy’s prime minister.

Following Russia’s invasion of Ukraine in late February, Draghi responded decisively by supporting strong sanctions against Russia and by offering political, financial, and military support to Ukraine. But both acts required overcoming resistance from populist parties within his own national-unity governing coalition: namely the Five Star Movement, led by former Prime Minister Giuseppe Conte, and Matteo Salvini’s League party. And as the war dragged on, the backlash from these pro-Putin forces grew.

Presumably seeing an opportunity, the Russian embassy in Rome has been courting Salvini for months, even buying him a plane ticket to Moscow for a “peace mission” this past May (which he did not bother to inform Draghi about). While that trip was abandoned at the last minute following a public outcry, Salvini had dinner with the Russian ambassador in early March, just a week after Russia’s invasion.

Similarly, former Prime Minister Silvio Berlusconi, a long-standing personal friend of Putin, had at least one phone call with the Russian ambassador in the days leading up to Draghi’s ouster. And in May, an official from Berlusconi’s party, Forza Italia, and a senior Russian diplomat both reportedly asked an emissary from the League when Salvini planned to quit the Draghi government.

We know all this because Italy’s political system is too chaotic and packed with amateurs to be opaque. Many parties and politicians simply lack the discipline for secret machinations. Accordingly, more details about Russian efforts to encourage Draghi’s removal are likely to come to light.

Such dealings are nothing new. In 2018, officials from the League travelled to Moscow to seek funding from Russia; and in early 2020, Conte’s government allowed Putin to send a massive military mission to Italy on the pretext of providing pandemic humanitarian aid. Given these suspicious past dealings, Italian political observers and operatives now simply take it for granted that the Kremlin pressured its Italian proxies to get the Draghi government out of the way. After all, the Kremlin is known to meddle in Western democratic politics, from interfering in the 2016 Brexit referendum and US presidential election to financing Marine Le Pen’s far-right National Rally in France. There is no reason to think it would not pursue similar tactics in Italy, given the opportunity to sow division within the European Union.

In a similar vein, the Wagner Group, the Kremlin-linked mercenary organisation, is allegedly facilitating refugee flows to Italy from the Libyan territories where it operates, giving Salvini a pretext for running on his usual anti-immigration platform ahead of this September’s snap elections. Again, this is nothing new: Belarus deployed the same strategy against Poland and Lithuania last year, almost certainly with Putin’s acquiescence.

Recent opinion polls have given a clear advantage to a right-wing coalition comprising the League, Forza Italia, and the “post-fascist” Brothers of Italy, under the leadership of Giorgia Meloni. But what remains to be seen is whether Russia’s apparent role in Draghi’s downfall will affect the Italian election. While the revelations so far did create a stir, the issue fizzled quickly.

To be sure, a recent poll shows that Putin is deeply unpopular in Italy, with 56% of Italians blaming Russia for the war. But Italians are not unique in their tendency to vote on bread-and-butter issues, rather than in response to international intrigues, and here, the right-wing coalition offers something for everyone. While those who are pro-Russian can vote for the League or Forza Italia, those who feel more pro-Western and pro-Ukrainian can cast their ballot for the Brothers of Italy, which is now firmly leading in the polls.

Though Meloni opposed sanctions against Russia in the 2018 elections, she has since taken a different position, both supporting Draghi’s decision to supply Ukraine with weapons and warning against allowing Italy to become “the weak link in the Western alliance.” But it is unclear what a Meloni-led government’s foreign policy would look like.

Meloni owes her political ascent largely to personal charisma and a consistently vague “god, family, and fatherland” agenda, which has allowed her to avoid offering details about what she really thinks or intends to do in office. She has said almost nothing about her economic policy agenda, her own party’s fascist roots, or her friendly relations with Hungary’s authoritarian prime minister, Viktor Orbán, and the Spanish neo-Francoist party, Vox. As such, many Italians have taken her declarations of pro-Western loyalty at face value.

But would Meloni really follow Draghi in enforcing or even tightening sanctions on Russia? Most likely, she would be far less committed to the sanctions regime than Draghi was. Earlier this spring, she argued not just that Italy should receive “compensation” from the EU for the cost of sanctions, but also that the United States should not expect Italy to serve as the “workhorse of the West” by reducing its exports to Russia.

Regardless of how much more we learn about Russian efforts to engineer Draghi’s downfall, one thing is already clear: the Kremlin must be looking at the prospect of a Meloni-Salvini-Berlusconi government with hope and glee.

Federico Fubini, an economics journalist and editor-at-large at Corriere della Sera, is the author, most recently, of Sul Vulcano (Longanesi, 2020).