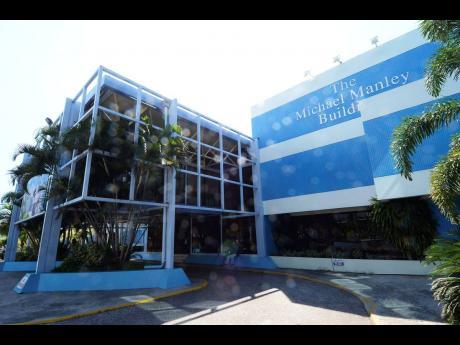 Affordable housing was the main focus of the annual sitting of the Youth Parliament. Members of the House were not impressed with the current benefits of the National Housing Trust nor the traditional construction method and made several suggestions to the Government.

“This Government is proposing a policy change to increase the NHT loan amount from $6.5 million to $13 million, keeping the interest rates as they are now. Just in case this House is saying the deputy prime minister mad, she lick har chip, and she lose some screws, I want to highlight to this Honourable House that the NHT has been consistently logging $20 billion in net surplus annually,” Stewart said during her presentation at the 13th sitting of the National Youth Parliament of Jamaica on Monday.

She argued that a portion of NHT’S surplus has been used for budgetary support in the past and, therefore, going forward, it can be used for its intended purpose: to provide starter homes for low-income earners.

The youth parliamentarian added that building homes that the majority of NHT contributors and public sector workers can afford is the mandate of the Trust, saying that high-end properties must be left to private developers.

“The NHT has no business building $30-million units in New Kingston when our teachers are struggling to put a roof over their heads ... . Shelter is a basic need and all persons should be able to put a roof over their head. If one sign that shelters can cost $12 million, I have to ask this House, what exactly are we asking people to buy with $6.5 million?” she questioned.

Minister without portfolio in the Ministry of Economic Growth and Job Creation, Sherika Cheeke-perkins, proposed that the Government look into developing container homes.

“Block and steel stop keep. It is time for new and affordable solutions. We must begin as a country to implement methods of housing construction with well-designed and treated intermodal container homes. These are cost-effective, durable and can be retrofitted to suit the needs of our low to middle-income earners,” the youth parliamentarian said.

Further, Cheeke-perkins said that the Kingston Logistics Centre has quoted the overall cost of a one-bedroom studio using the new standard 40-foot container at $2.5 million, which includes insulation, treatment, cladding, transportation and construction of a foundation.

“Considering its vast surplus of $20 billion, the NHT could quickly and efficiently replicate this model of lowincome houses across the country ... . The scale of the challenge we face in the demand for affordable housing is great, but this Government is equal to the task. It’s time for innovation; it’s time for sustainability; it’s time to ensure that every Jamaican who wants a home can own one. It’s time to explore intermodal container homes,” cheeke-perkins charged.

Meanwhile, Kevar Bennett, the member representing St Elizabeth South Western, called for a five-year amnesty, during which squatters will be granted the opportunity to regularise their living arrangements.

“A major objective of this policy would be to implement the needed infrastructure within these communities. This would serve to enhance the overall suitability of these environments for human habitation ... . This amnesty would temporarily relieve them from unjust legal jeopardy and incentivise them to engage the State in order to benefit from the regularisation process,” Bennett said.

He explained that squatters would enter into a viable arrangement with the Government, making a monthly payment towards their full ownership over a 10-year period.

“Let us not be quick to demolish squatter settlements. While we cannot negate the fact that squatter settlements are often the hub for increased criminal and illegal activities, such as electricity theft, it is precisely for this reason why it is imperative for these settlements to be regularised and, therefore, brought under a lawful regime,” he said.

Bennett reasoned that squatters will contribute to Jamaica’s welfare through taxes and that major reductions in crime and violence will also ensue.

In addition, he urged the Government to launch a complementary self-help scheme, which will allow residents to improve their homes with the approval and support of local authorities. He added that the local authorities can provide subsidised building materials or provide loans to residents for said purpose.