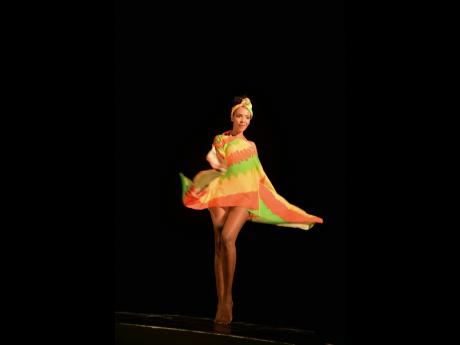 Contributed
A blend of irie colours by Neah Lis. 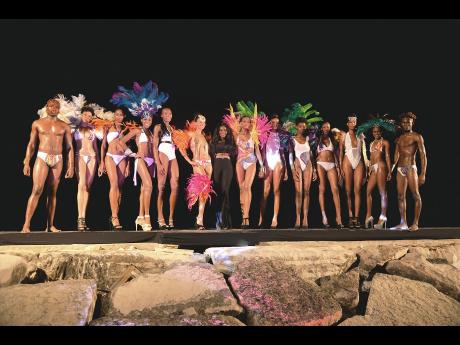 Contributed
Ashley Martin (in black) surrounded by models in her ‘Belle Fleur’-themed swimwear. 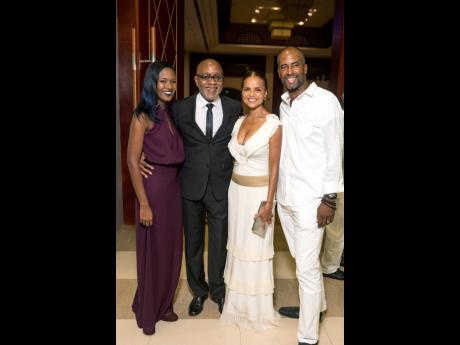 The man of the night Kingsley Cooper (second left), surrounded by (from left) his daughter Safia, actress Victoria Rowell, and Editor-in-chief for OCEAN Style Magazine Douglas Gordon. Cooper was honoured with the Fashion Icon Award at a dinner held in his honour at the Montego Bay Convention Centre on Friday night.
1
2
3

There was no other place to be on Thursday night October 29, than at the Secrets Hotel Barracuda Beach for the kickoff of the 2015 Ocean Style Fashion Showcase in Montego Bay, St James.

The models were not afraid to strut their stuff along the catwalk as they brought life to a collection of trendy and brand-leading lingerie, swimwear and even tropical wear.

These jaw-dropping designs pressed the buttons of fashionistas as well as a number of celebrities including American actor and comedian Chris Spencer, former American professional basketball player John Thomas Salley and his wife Natasha Duffy. Miss Universe Jamaica Sharlene Radlein, as well as international model Brodie Nero were also enjoying the lines from some of the island's favourite designers.

Flair caught up with Martin, who outlined that her much-talked-about 'belle fleur'-themed swimwear line served to inspire beauty, drama, and excitement.

"I am all about drama in my showpieces," said Jamaican singer-turned-designer who has been participating in Ocean Style for more than four years. "The collection is absolutely amazing and I am very proud of myself this evening," she said.

This also marks the fourth year for Neah Lis, who was also another big talk for the night, as her tropical showpieces captured a flirtatious and beautiful blend of island colours.

"We are a tropical country and so it is good to show-off what we represent in my pieces," said Lis. "Tonight was just one of those nights that I just wanted to show the beauty of the tropics, plus it was a really great platform to see my pieces walking off and people were saying, 'I want this and that, I need your info'," she concluded, obviously very happy with the reception.