10 things you did not know about Baroness Patricia Scotland 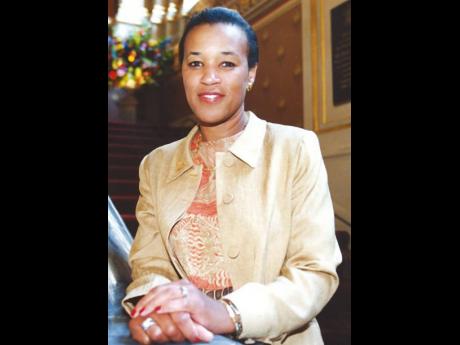 Baroness Patricia Scotland was recently elected by Commonwealth leaders as the first woman to become secretary general of the Commonwealth of Nations.

Her responsibilities will include representing the Commonwealth publicly, as she is the chief executive officer of the Commonwealth Secretariat which supports dialogue and collaboration between member governments at the intergovernmental level. Baroness Scotland is scheduled to take up office April 2016.

The 60-year-old Leo was born in Dominica and moved to England at the age of two.

Here are 10 things you should know about Baroness Scotland.

1 She is the 10th of 12 children born to a Dominican mother and Antiguan father. She is the last of her siblings to be born in the Caribbean.

2 Baroness Scotland lives in London with her barrister husband and their two sons.

5 Baroness Scotland is also a member of the bar in Antigua and Dominica.

6. She became the first black female government minister in 1999, and the first woman to be appointed Attorney General since the post was created in 1315.

7 On January 1, 2014, Scotland was appointed chancellor of the University of Greenwich, a position she still holds today.

8 The Baroness' first love was dancing and at age 16, she wanted to be a modern expressionist ballet dancer.

9 Scotland fell in love with law and politics while attending the Walthamstow School for Girls in London and was a distinguished lawyer before entering the political arena in 1977.

10 Baroness Scotland has received numerous awards and commendations, including an honorary degree from the University of Westminster for services to law, government, social justice, and international affairs. Among her other accomplishments: member of the Lawyers' Christian Fellowship, member of the BBC World Service Consultative Group Lifeline (Trinidad and Tobago), Honorary Fellow of Wolfson College, Cambridge, member of The Millennium Commission, and patron of the Women and Children's Welfare Fund.