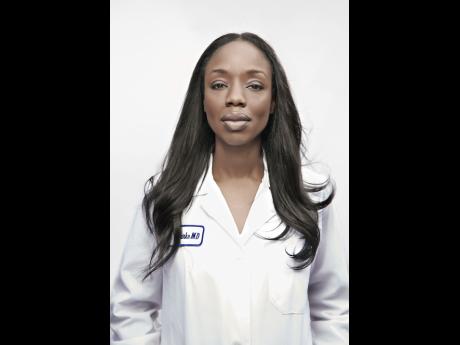 Contributed
The lioness of pediatric medicine. 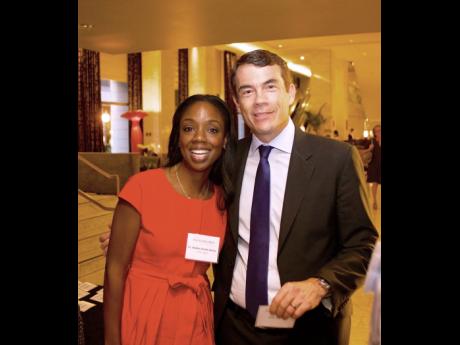 Contributed
Founder and CEO of Center for Youth Wellness, Nadine Burke Harris cozies up with her husband, Arno. 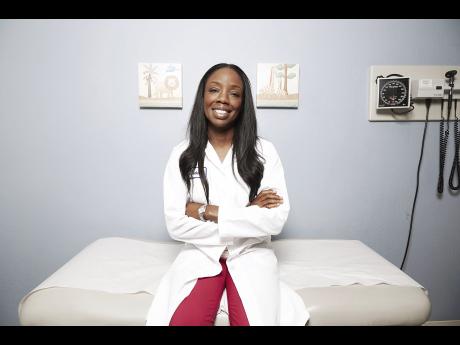 Contributed
Jamaican-American pediatrician, Nadine Burke Harris is a beacon of light in helping children who suffer from traumatic childhood experiences.
1
2
3

"My ability to improve health and well-being of others, while being the wife, mother, sister, daughter that I want to be, feels like a truer success to me." Words of Dr Nadine Burke Harris, Jamaican-American paediatrician and CEO of the Center for Youth Wellness.

Born in Vancouver, Canada, to Jamaican parents, Burke Harris was brought to Jamaica to live when she was a few weeks old. Her

parents worked in Jamaica for a few years before moving to the United States when she was just four years old. With her father being a biochemist and mother a nurse, Burke Harris was perhaps destined to be a success. She has lived up to her potential, having become a powerhouse in medicine.

In a recent interview with Flair, Burke Harris recalled her childhood days when she would watch her father, Basil, turn everyday actions like cooking in the kitchen into a science experiment.

She also remembered how much interest she took in trying to heal every wound and put on every bandage she could find when she and her brothers would "rough and tumble".

"When I was five years old, I wrote a letter to my doctor and asked why is it that when I want to wiggle my toes, it wiggles? I was really interested in how the body worked, and, from my father, I developed a love for science," she said.

Burke Harris wanted to grow up to be both a doctor and a writer. However, the joy she found in medicine and her dream of becoming a paediatrician eventually surpassed all other interests. She decided to become a dedicated servant to the world of health care.

From both her parents, she learnt the importance of being committed to her community and the wider society. In junior high school, Burke Harris would tutor children from disadvantaged neighbourhoods, and through college and medical school, she was always working to help underserved communities.

After earning a master's degree in public health at Harvard University and doing her residency training at Stanford University in 2005, she became the founder and medical director of the Bayview Child Health Center, set up in a vulnerable neighbourhood in San Francisco, California. In August 2011, after marrying the love of her life, Arno, she went on to become the founder and CEO of the Center for Youth Wellness, a non-profit initiative that prides itself on being the beacon of hope for children who suffer traumatic experiences.

In her work at the Bayview centre, she would see young patients who were from surrounding, predominantly African-American neighbourhoods, who came from homes plagued by poverty and domestic abuse develop chronic illnesses. With that experience, her dedication to health care only grew.

Burke Harris admitted that she faced challenging times while developing her organisation, but she knew her work was important.

"From a scientific standpoint, we are beginning to understand that what we are doing in terms of practice has not caught up with what we know about how damaging it is for children to grow up in domestic violence and other traumas. It not only harms children's brain development but it affects their risk for cancer, chronic lung and heart disease, diabetes and depression. These are things that we as a society should work to prevent," she noted.

From her years of research, Burke Harris has come up with a treatment/prevention initiative that encompasses reducing children's adversities, developing home-visiting programmes that support parents. Based on her research, she believes that nutrition, mindfulness, mental health care, healthy relationships and exercise help the effectiveness of medicine.

Returning to her roots

Burke Harris remembers many lessons she learnt from her Jamaican parents and notes that the way she was raised has been invaluable. She said it has helped shape who she is and how she does her work. She said she believed that Jamaicans have a 'can do' spirit.

In 1998, Burke Harris returned to Jamaica for a summer internship at the University of the West Indies Clinic, and her most recent visit was in 2010, when she came to celebrate her grandmother's 100th birthday.

On June 13, Burke Harris is scheduled to visit Jamaica again, this time as a guest of the Child Development Agency, to speak with and health professionals about the issue of adverse childhood experiences and how they impact children's health and well-being.

"I am honoured to be invited back to Jamaica, and it shows Jamaica as a leader in taking on these emerging issues. I am excited to be taking my husband and children to Jamaica as it will be their first time," Burke Harris expressed.