If you represent JA, you're okay with me 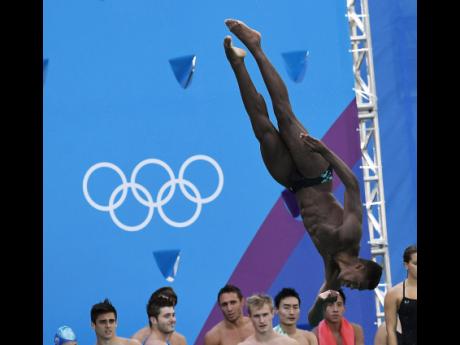 The 2016 Summer Olympics ends today, so all you folks who used up your sick days to watch them at home, go back a work!

Jamaicans, as usual, wowed the world with our performances. It wasn't perfect, because there were a few medals we had projected/expected that didn't materialise. But hey, that's life.

What intrigued me was our participation in events we don't normally compete in, or have ever done at all. Yona Knight-Wisdom in diving, and Toni-Ann Williams in gymnastics, brought a different look to the Jamaican team.

Usually Jamaica just does track and field - and even then we aren't world leaders (yet) in the field part. But in this Olympics, we had shot-putters (male and female), discus throwers (male and female) ,and even a female entrant in the hammer throw. Now, while we may not have done as well as we wanted, it shows how far our athletics programme has come.

Thing is, there always seem to be a few voices - mind you, just a few - who have something negative to say. This time the talk was that some of the people who represented Jamrock weren't actually born on the Rock. Sure they had Jamaican family connections, but they were born overseas. There's a feeling that they couldn't make the team for their country of birth so they 'settled' for Jamaica. But as someone pointed out to me last week, Jamaica having a representative in these 'different' sports can only serve as motivation for our home-grown youth. The person noted the boys who dive all the time down by the waterfront may actually want to emulate Knight-Wisdom and put their acrobatic skills to good use.

Now to be fair to the detractors, I've felt the same way at times with the Reggae Boyz. There's a part of me that thinks some of these Britain-born guys, whose grandfathers - or whoever - were Jamaican, were really hoping to get called up by England. And once they realised it wasn't going to happen, and that they weren't getting any younger, were all in once Jamaica came calling.

But that's the cynical side of me talking. Over time, I've come to realise that it doesn't matter why you're representing the nation. My only issue is that I don't think some of these guys are actually any good. But that's another matter, for another column. As long as you give everything for the black, green and gold, that's cool with me. It doesn't matter if you were born on Mars.

Have to end with the big man, Mr Bolt. Look yah nuh, bossy. I know is your life and career, but I suggest you leave di sport now. Look, man. Di young bwoy dem a come fi eat yuh food. AndrÈ De Grasse from Canada nah play. Wayde van Niekerk of South Africa (what a bwoy fast!) may very well decide to take up the 200 metres full-time. And Yohan Blake may get back to his 2011-2012 form. Trust me, Mr Bolt, quit while you're ahead. Just my opinion. Later.

n Link me at daviot.kelly@gleanerjm.com