ZJ Nova: Beauty among the boyz 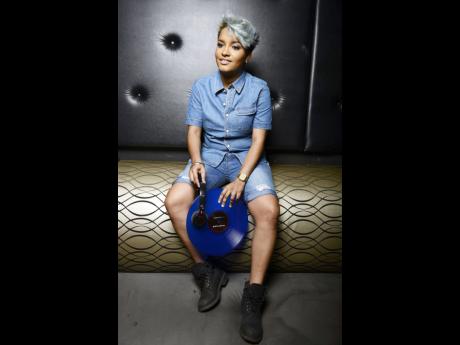 Music is not an exclusive boys' club. Female disc jockeys don't always get their due in a patriarchal industry such as entertainment, but there is no doubt that female DJs can hold their own behind the turntables. One such woman is 25-year-old Chantele Roye, most popularly known as ZJ Nova of Zip 103.

ZJ Nova is a trailblazer in her field as she works tirelessly to ensure that she remains consistent, determined, and sophisticated. Her big heart, beauty, and dedication have seen her sail through the profession for more than six years.

Why did you become a DJ?

How did it start?

Growing up in a business-oriented family, naturally, the goal was to become an entrepreneur, but growing up, I always loved music. I was always the one keeping my friends up to date with new music. I knew that I would go into entertainment but wasn't sure which aspect of it I would do. After starting the University of Technology, I rediscovered my love for music and decided I was going to be a DJ at 19 years old.

How is it being a female in a male dominated industry?

Starting out in the industry was tough. There wasn't much support and females are usually underrated. There have been times when I've showed up to events and feel a bad energy or vibe from the DJs. But, funny enough, when I play and mash up the place, everybody hail me. So it's like you have to earn your keep in this game, female or not. You have to put out a 100 per cent more than the males.

Were you supported by family and friends when you started?

I was very determined and persistent. Even though most persons were fighting it, I saw the light at the end of the tunnel. My family was hesitant at first and me leaving school was hard for them, but a month after leaving, I got called to Zip and they realised that it's something I'm going to do. There are DJs in the industry who were very supportive like ZJ Sparks and DJ Nicco. They were encouraging and patient in helping me to grow as a DJ.

Are you genre sensitive? How do you manage to stay true to music in a dancehall country?

I'm a lover of music, so I appreciate all genres of music. The party scene can be very limiting (because) the younger crowd will listen to other types of music on the radio or at home, at parties they want to hear the hot songs. But I try to be as creative as possible so even if I have to put a dancehall song on like a trap or hip hop beat to make it different.

Do you get backlash for being a 'tomboy'?

I think people should be free to dress however they want because I can wear a jeans, dress, or skirt. I'm not stuck in one style. I'm very versatile in my dressing, but I like to feel comfortable no matter what. It's hard because once you're a female in the industry, they automatically assume your sexual orientation. I don't like it, but I try to focus on what I want to achieve and do the best I can.

What advice would you give to a female DJ newbie?

If you really want to be a DJ, do not give up on that dream. It's rough coming in new but stay focused and put out as much material and content as possible. Have good people who give off a positive vibe. Be hardworking and consistent.

The innovative, free spirited and humble ZJ is determined to continuing making moves. One being the fifth anniversary of her party 'Drenchhed'.

Though it's a male issue, we could not do a DJ theme without including a beauty who doesn't mind getting down and dirty with the boys.