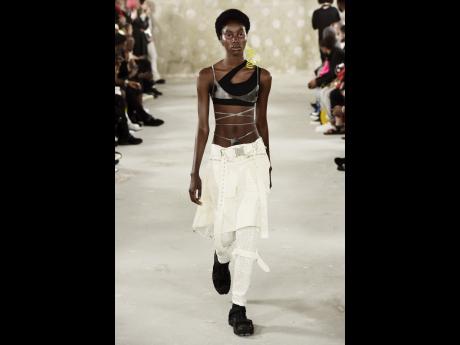 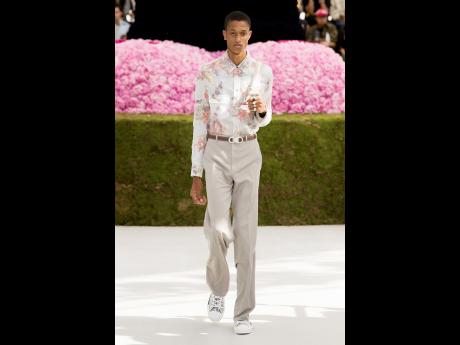 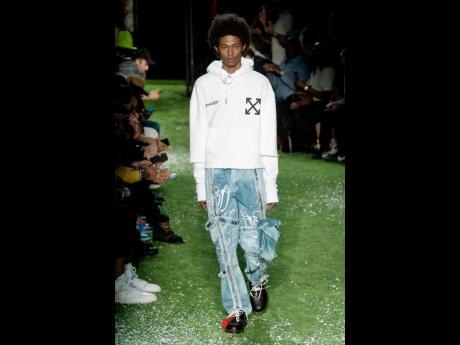 The impressive roster of shows for the biannual seasons' presentations reinforce the cachet of Saint models, be it top star Tami Williams (who remains a go-to favourite for Balmain artistic director Olivier Rousteing) or breakout male face Romaine Dixon (whose international debut saw him landing on the runway radar of Dior Homme and Maison Valentino) who was named by British Vogue, Paris Vogue, and Vogue Hommes as "one of the 10 male models to keep an eye on".

"We're proud and humbled by the undying support Saint's models continue to receive in the international marketplace by no less than the world's top brands," a super-excited Deiwght Peters told Flair Magazine in reaction to his agency's stable of talents' spoils of success in Europe. "The sustained interest shown by influential agencies, casting directors and stylists in Europe is never something taken for granted as Milan, and particularly Paris, are epicentres of fashion in terms of setting trends and dictating who and what is hot and happening, and our models have staked their claim to be seriously reckoned with."

Setting the pace for catwalk currency, Jonny Brown led the Saint pack with eight shows that included Prada, Off-White, Ermenegildo Zegna, Kenzo, and Maison Mihara Yashiro. Romaine Dixon, in his first show season, booked six shows, capped by his leading the model closing finale at the Balmain show last weekend. Jermaine Downer opened designer Sean Suen's show in Paris and also made appearances for Lanvin and OAMC while his Jamaican model peer Elecia Gordon starred in the cast of the buzzed-about debut collection for 1017 ALYX 9 SM and had runway duties for the Lemaire label. Catwalk veteran Tami Williams was spotted at Kenzo, Paul Smith, and walked with Balmain designer Olivier Rousteing's handpicked 'Balmain army' for his finale, while her teenaged sister Shanniel Williams was part of Kenzo's co-ed Spring/Summer 2019 show.