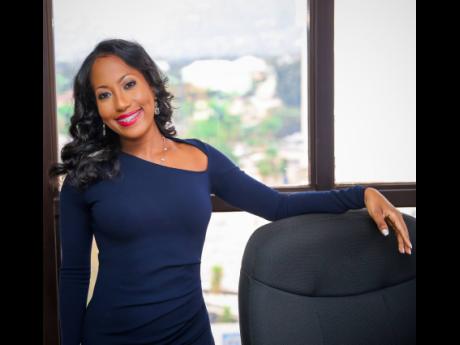 Loeri Robinson, acclaimed Sagicor Life financial adviser, is a true giant in her field and a testament to the rewards of commitment to excellence and exceptional service delivery.

“I try to do everything with all my heart and from a genuine place; pairing that with the knowledge and acumen that I have built over the years has allowed me to differentiate myself in the industry,” she said.

It is this passion for excellence that has shaped the course of her decade-long career and distinguished her as one of the best financial advisers locally and regionally, earning her a suite of awards over the life of her career.

A fresh graduate of The University of the West Indies, Mona, in 2008, with a first-class honours degree in banking and finance, Robinson was recruited by her friend and current Sagicor Life (Holborn) branch manager, Christopher Lawe, to join the insurance industry as an adviser.

Since then, she has not looked back, blazing the trail in the industry from the outset, having gained recognition as a leading adviser in her very first year when she started out at the Sagicor Life Liguanea Branch. Now she is a proud ‘Spartan’ at the Sagicor Life Holborn Branch.

Robinson’s accolades are many. Some of her achievements include – most annualised premium income (API) for five times; First Year Commission three consecutive years; Top Female Adviser for seven consecutive years; Million Dollar Round Table (MDRT) Court of the Table qualifier for seven consecutive years; Volume Trophy (for most insurance coverage sold) every year since its inception in 2014; president of the Executive Club for seven years; Jamaica Association of Insurance and Financial Advisers (JAIFA) Man of the Year Trophy, for top adviser in Jamaica, for seven years. She has also won awards from the Caribbean Association of Insurance and Financial Advisers (CARAIFA) and has been a Century Club member for nine years.

Still, the achievement that gives her the most pride is that last year she made history when she became the first person in the existence of Sagicor, all the way back to the days of Life of Jamaica, to be named Chairman of the Production Club for six consecutive years, an accolade given to the top financial adviser overall.

“This is the most meaningful for me as it’s not just what you do in any given year, but it’s looking at everything you have done since coming into the company and comparing yourself to people who have been in the industry, in some cases, for over 30 years,” she said.

“I am grateful. When you put in your best, your sweat and tears, and are acknowledged for it, by such a powerful and philanthropic brand, it is very special,” she said.

Robinson, who grew up in Kingston and attended St Andrew High School for Girls, leaves a word of advice for young advisers entering the industry: “We are in an industry where there are hundreds of persons offering the same thing, so clearly you have to find a way to differentiate yourself. Tune out the noise, have a goal and a dream, and be determined and disciplined, ensuring to focus on the positives, because rising to the top comes with a lot of adversities,” she said. She also noted that having your clients at the heart of what you do is paramount to success.

Asked how it feels to be a woman at the top of her field, Robinson who describes herself as faith-based and spiritual, said it is a humbling experience.

“It roots me, and I get more and more grounded and reserved. A lot of growth happens, and it makes me want to give back, which is why I am playing my part in helping others by sharing my experience and my knowledge,” Robinson added.