Modify Me and make me beautiful 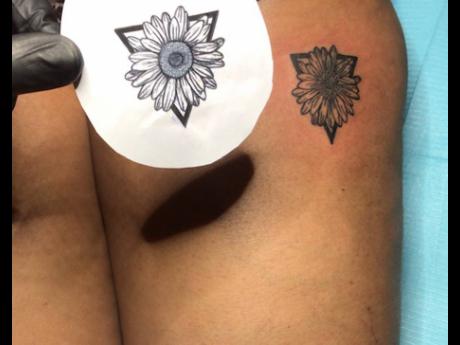 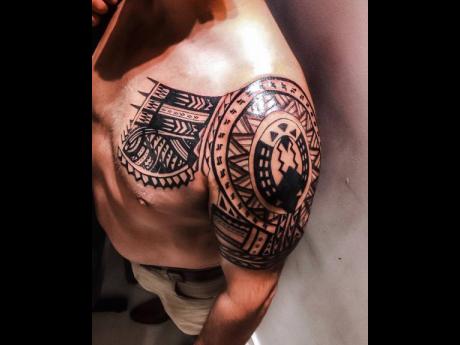 Contributed
It’s all in the details when it comes to tribal tattoos. 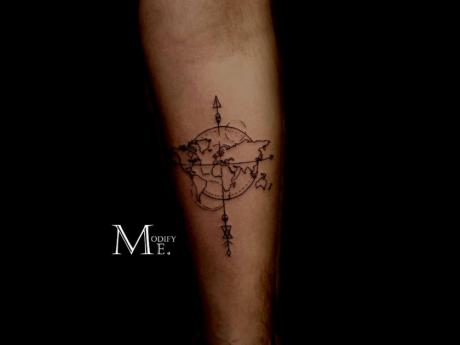 Contributed
Danielle Lee did this tattoo. Check out the impeccable line work. 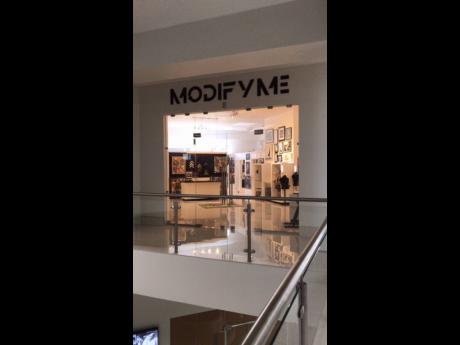 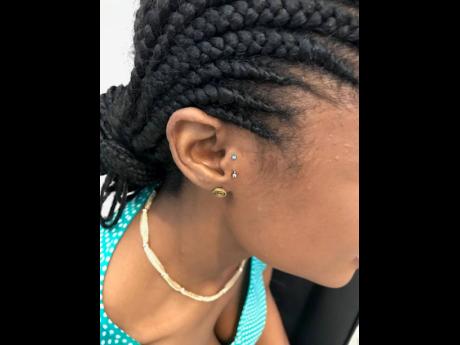 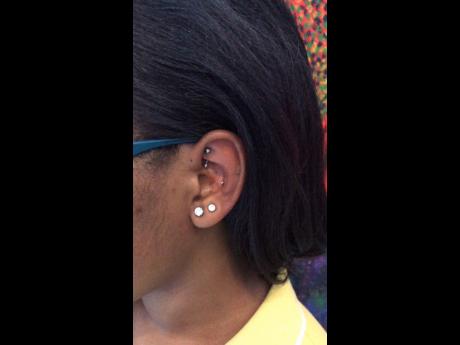 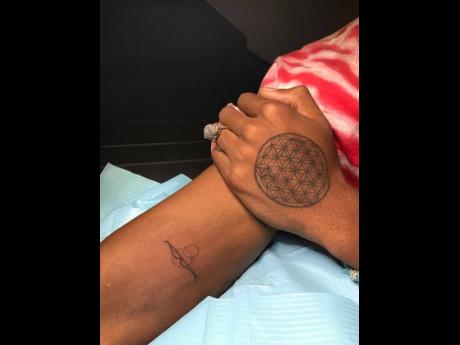 Beauty is one of the most enduring and controversial topics to discuss in any setting. Over the years, we have all heard several ideologies on beauty but we never forget our grandma’s words, “Beauty is in the eyes of the beholder.” There has, however, been a few people who have gone against the grain of what society deems as ‘beautiful’, and as such, in 2019, body modifications such as piercings and tattoos are now widely accepted although still frowned upon in a corporate setting.

Meet Danielle Lee, proprietor of @ModifyMe876; the most artsy body modification storefront located in Fairview, Montego Bay, which boasts very modern decor inclusive of an array of paintings from Jamaican artists, including herself.

“I’ve always been fascinated within the world of body modification. A few years ago when I had decided to make this vision into a reality, there weren’t much tattoo or body piercing parlours that were on the same calibre as anything you’d see abroad. After doing a body piercing crash course at a tattoo studio in New Jersey four years ago, I was totally awed by the professionalism and the sanitation requirements that were heavily enforced there,” she said.

The road to Modify Me wasn’t a straight one. From doing a mixture of subjects at Mount Alvernia High School, attempting an art degree at the Edna Manley College, teaching toddlers in China and getting tattoos along the way, the 27-year-old came into herself just about three years ago when she officially set up shop on Gloucester Avenue, more popularly known as the Montego Bay Hip Strip.

Working at a professional tattoo studio was a really inspiring chapter for Lee. As soon as she got back home in Montego Bay from the USA, she began looking for potential spaces where her vision could be executed.

“I think my biggest challenge throughout this process was having to convince any landlord that you’d like to operate a tattoo and body piercing studio,” she said while chuckling.

After operating for a year, Lee decided to enrol in a microblading and lash extension course, and soon offered those services to the public.

“Going into my second year of running the studio I met Marco [IG@bonannotattoo], a tattoo artist from Sicily, Italy, who is now the resident tattoo artist today at Modify Me. Throughout this time, I began training someone who was interested in doing a piercing apprenticeship, and this is where our little team emerged out of good timing,” she explained

Three years later, Lee managed to move to a much bigger location in a more populated area, Fairview, Montego Bay. Since moving, Modify Me added custom framing to their services.

The store layout is breathtaking. Spacious, perfect lighting, polished porcelain, chic and decked in art; some of the ways to describe the Modify Me space.

Stomping on the notion of the ‘starving artist’, Lee is paving the way for other creatives. “When planning the layout of the new store. I took into consideration creating more than one booth, with the intention of renting these spaces to other creatives who are interested in offering their services, whether lash extensions, microblading, tattooing, henna designs, etc; essentially giving us artists the opportunity to offer and earn from our services as well,” she said.

Lee was blessed to have very supportive parents who stood right behind her as she made each life decision, and she is grateful for all they have done for her.

“This whole movement is about enlightening people of the beauty within the art of tattooing; not just any tattoo, but tastefully done tattoos that give sentimental value and visually pleasing aesthetic. I hope to have an impact that changes the notion of the stigma attached to tattoos and body piercings.”

To see their work, they can be found on all social-media platforms @modifyme876 or the website modifyme876.com. Wish to get modified? Visit them in Montego Bay at the new ICON Fairview Mall and tell them Flair sent you.