Art through their eyes 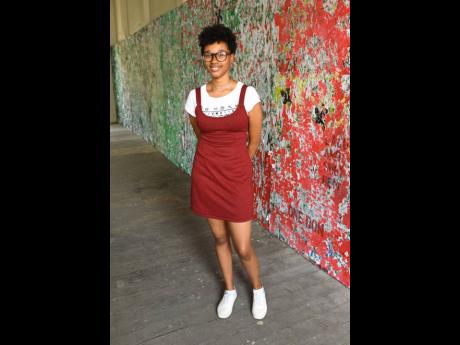 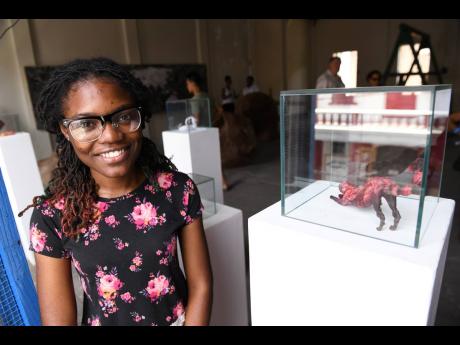 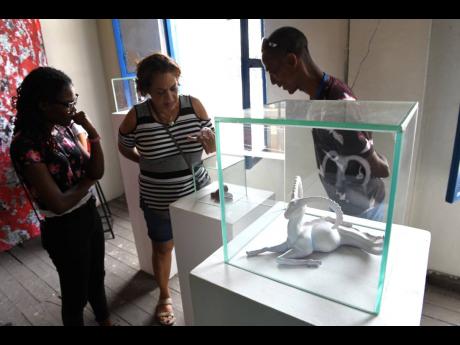 Ricardo Makyn
Henry looks on with two other patrons who are enthralled with her work. 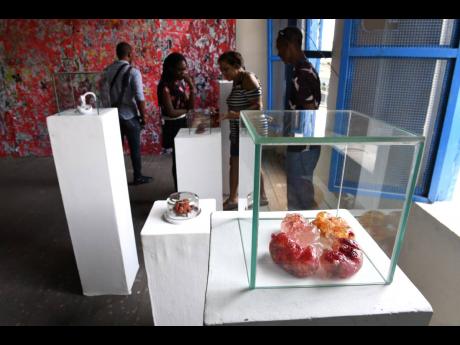 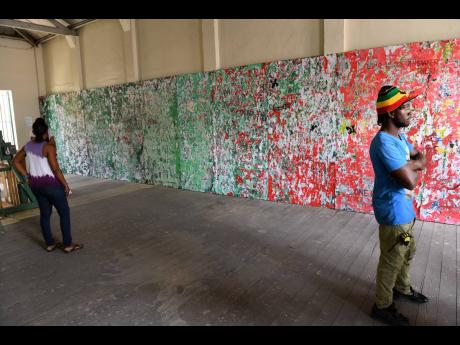 Ricardo Makyn
'Ghosts of Urban Landscape' - ghosts of what we said, where we went, what we dared to believe in and what we fought for, whether it was a political rally, a party, or a church crusade. 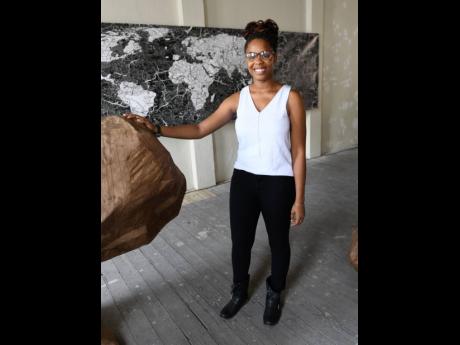 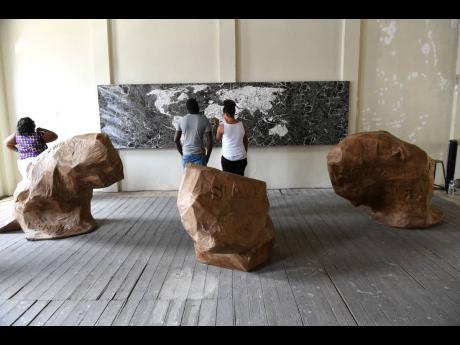 Ricardo Makyn
'Racial Representation via Travel'. The forms represent my body but distorted and unrecognisable. They embody intense, vulnerable moments through the use of textured surfaces, abstract and omission, allowing the viewer a getaway into multiple possibilities and interpretation.
1
2
3
4
5
6
7

Once per month, on a Sunday, a group by the name of Kingston Creative turns downtown Kingston into an art district by putting on an event dubbed ‘Art Walk’. The June edition was spectacular as an old building on Harbour Street hosted several students of the Edna Manley College of the Visual and Performing Arts, where they displayed their final-year project under the name ‘Resonance’ and interacted with other like-minded patrons. Flair chose to engage three of the artists whose work reflected their personal experiences: Joni P. Gordon, photographer and sculptor; Leanne Mair, a gifted painter; and Trishaunna Henry, sculptor.

- Joni P. Gordon, born in 1997 in Mandeville, Manchester, has a passion for photography and sculpture. Being a tactile learner, Gordon merges her love for using her hands with her photography skills, bringing about the marriage of the two mediums that challenge the conventional boundaries of photography.

Her work : ‘ Racial Representation via Travel ’.

“I have a burning desire to share my experiences with discrimination, especially during my time in the United States on the work-and-travel exchange programme. Discrimination, racial and otherwise, has been part of the fabric of human culture throughout history,” she said. Gordon’s explorations are based on the personal triggering situations she has experienced, and she reflects ideas of the indisputable consequences and trauma inflicted on the black body as a result of discrimination. “The forms represent my body but distorted and unrecognisable. They embody intense, vulnerable moments through the use of textured surfaces, abstract, and omission, allowing the viewer a getaway into multiple possibilities and interpretation,” Gordon said. By creating forms and images that reveal the scarring moments of an immersive environment. Gordon wants each viewer to become a part of the work as an added component.

- Leanne Mair, a 1998 kingston native and adroit painter. Mair’s primary media is oil and acrylic paint though she explores mixed media and textiles. Her mixed media works are heavily inspired by the material culture of objects, buildings and people found in Kingston along with Caribbean literature and visual art, especially works exploring black identity.

Her work: ‘ Ghosts of Urban Landscape ’

“My work focuses on the urban landscape of Jamaica and how Kingston’s environment reflects its people. The work attempts to recreate the progression of time and age through the material culture of old posters. The repetitive action of pasting and removing paper is exhausting; as exhausting as our society. Our people are busy and tired and or environment is worn out,” she said. Mair’s take from posters are pretty simple. She sees them as ghosts of what we said, where we went, what we dared to believe in, and what we fought for, whether it was a political rally, a party, or a church crusade. Yet, these issues constantly become insignificant as they fade several times over. “I believe that these posters are an example of how we constantly seek to sustain our complex contradicting culture. It consumes us in the process, just as how this body of work seems to consume you.”

- Trishaunna Henry, raised in Rosewell, a small district in eastern Clarendon, is the youngest of seven children. Her artistic interests were noticed and moulded at a tender age by her mother and art teacher, Mrs James, at the Foga Road High School. As a sculptor, she is interested in social, environmental and futuristic issues.

“My sculptures are made of clay and in one instance, resin. They are not motivated by mythology or even culturally inspired costumes. Instead, they are inspired by the scientific possibilities of genetic merger,” she said. In her work, Henry is suggesting that through science, the creatures of the imagination are possible and may even be useful if we are to explore harsh environments to test the extent to which lifeforms can exist. While the hybrid animals in this body of work are mostly from Henry’s imagination and a form of science fiction, it is also an exploration of past scientific experiments, environmental impact and futuristic possibilities in one. “Morph” adds to the body of work being done by contemporary artists in the area of hybrid creatures.

To keep up with these young Jamaican artists, follow them on Instagram: Leanne Mair @empress_lee_ and Joni P. Gordon @jonigordon_