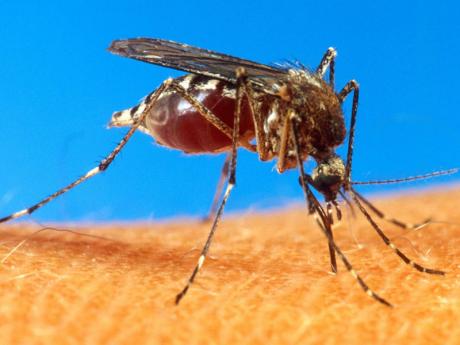 This horrible word conjures up great distress and discomfort. Nevertheless, 'chicken gunman' or 'chicken gunaria' appears to break down the truth-telling cells in the body and opens the door to opportunistic infections like hysteria and 'truthophobia'. The most difficult thing about chikungunya is its spelling and pronunciation, as the average person cannot spell it and some of my colleagues choke on its syllables. But, it's not likely to kill you!

Cut the nonsense and get the facts out. Since it has been detected in the Americas in December 2013, some 750,000 cases have been officially recorded. However, understanding the relationship between tips and icebergs, only 9,500 have been laboratory-confirmed. In the Dominican Republic, around 500,000 such persons have been identified, despite only some 300-plus being tested and confirmed. Worse, the number has included 109 newborn babies, who contracted it from their mothers during pregnancy. That is a sobering statistic, because it means that transmission was not, technically, via the mosquito.

Nothing is unusual about the disparity between the suspected and confirmed figures. Confirmation of any clinical case is often a lengthy process, which involves peering through a microscope in a lab. So far, there have been only 113 deaths in Latin America and the Caribbean. More important, they have occurred in the Spanish- and French-speaking countries in the hemisphere. Hopefully, it is because there is something positively different that we are doing right and not because the Hispanics and Francophones don't speak English. Well, if mastery of English is a preventative, half of our Parliament is going to become gravely ill soon.

Here in Jamaica, there have been only 35 confirmed cases. Our lab of choice, like so many of our Jamaican factories, is located in Trinidad, some 1,919 kilometres away. And some spin doctors have been foolishly attempting to help Health Minister Dr Fenton Ferguson by saying that we can only speak of confirmed cases. Next time their children get chicken pox, ringworm or pneumonia, let them wait until the lab reports come back before they allow the doctor to write them a 'description'. And while at it, let them ask for dementia medication for themselves.

We have had 524 notifications, including 251 suspected cases. Confirmation is really very time-consuming, and since there is no cure or vaccine, the effort is best spent in shutting up the propagandists and simply making the painkillers and other treatments of the symptoms available.

I don't know what the true figures look like. However, a week ago, I took a patient to a private clinic and one of the four doctors on duty indicated having seen 15 cases, strongly believed to be chikungunya, in a four-hour period. Do the math and multiply this by four. And remember that the day still had three more hours after I left. Using the proportions from the region, we could have several thousand by Christmas, if not already. Thankfully, at the eleventh hour, acting permanent secretary, Dr Kevin Harvey, has added some sense and warned that in short order some 30 to 60 per cent of us will get it.

Chikungunya is not normally deadly, and we must count our blessings but not get complacent. Patients with other conditions can be permanently affected, and some senior citizens have reported bleeding at the back of the eyes. Mosquitoes are fruit-feeders, but only females push their mouth parts inside humans and suck blood, when they are in egg-laying mode. There are three main types of mosquitoes living here; the Anopheles, Culex and the Aedes aegypti. They like slow running water, swampy water, and relatively clear standing water, respectively. All three types of water are in our gullies.

Of all three mosquitoes, the Anopheles is the 'baddest'. She kills more humans in Africa, than lions, elephants, leopards, crocodiles, hippopotamuses and snakes combined. In 2012, there were around 207 million cases of malaria reported globally. And with an estimated 627,000 of them resulting in death, it becomes more frightening that 90 of all of these fatalities occurred among sub-Saharan Africans, the people Jamaicans share most DNA with.

Between 2006 and 2007, our Ministry of Health confirmed an 'outbreak' of malaria with only 280 cases. With small numbers since then, this country has been classified by the World Health Organization as an endemic malaria country with low-risk of transmission. Play whatever politics you want, let us salute our best practices and keep our guards up.

Anopheles is a night-rider and bites nocturnally like a vampire. The Culex is a kind of pest; she is an all-round biter who works overtime. Thankfully, she does not yet carry any diseases we have here. It is a hardy creature that survives well in dirty, green scum 'junjo' water, and is much harder to kill than the feeble Aedes aegypti, which needs moderately warm water that is fairly clear and stable. Thus, vases and car tyres are ideal.

Nonetheless, the Culex can carry the West Nile virus, which originally attacked birds but jumped across species and has killed more than 1,000 persons in the United States in the last 10 years. Like chikungunya, it causes fever, head and body aches, plus nausea, vomiting, a skin rash and additionally swollen lymph glands. If it gets here, it can literally kill all of Granny's white fowls as well. Though 80 per cent of the infected are symptom-free, the long-term effects can be neurological disease and death in people, and one out of every 150 gets very severe symptoms. It can also be passed on by other body fluids.

Despite official advice that Aedes aegypti does not bite at night, she actually works on flexitime, and doesn't read the script in Jamaica. This mother mosquito will suck anytime here and carry the virus for up to 21 days.

Chikungunya is not new. It was discovered in Africa in 1953, is endemic in many countries there, and is transmitted by this deceptively pretty mosquito. Our population is not habituated to it; therefore, it will spread faster than misbehaviour in Parliament and the panic that misinformation causes. Nonetheless, a virus is a tricky organism and can mutate without warning. One should note that despite not being generally fatal, it is transmitted by the same rascal that carries all forms of dengue. Moreover, you can end up with both dengue and chikungunya, although there is no hybridised 'chikundengue'.

Anyway, clean up the gullies, empty the vessels, and remember that mosquito eggs can remain dormant in dried-out containers for six months and reawaken when water touches them again.

And make the truth and water flow.