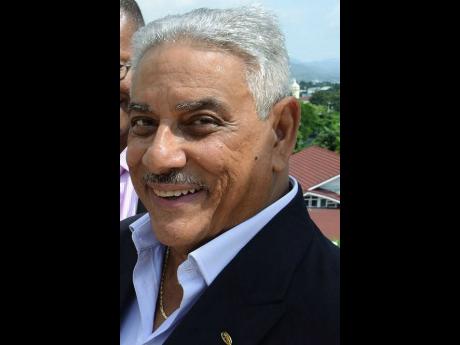 In the course of human history, actions and outcomes have favoured the bold, and initiatives and results are not necessarily planned beforehand, but often appear from the least likely sources. Such a time of opportunity arises now in 2015, some 53 years after Independence in Jamaica.

Two former politicians had early criticisms of powers afforded by the Constitution with regard to the powers of Parliament with regard to the rights of citizens. These two most unlikely persons came from both major political parties, and were Dudley Thompson and Edward Seaga. In hindsight, they probably had more in common through intellect and thought processes than the more famous antagonism of partisan stupidity.

In 2014, I wrote to the Electoral Commission on some five areas of concern: automatic voter registration; None Of The Above (NOTA); fit and proper clearance for candidates; publishing transparent accounts of the party in a similar manner to public corporations, and, finally, if the preceding items are implementation I would support public funding (within limits) for the political parties.

I, however, note that reports in The Gleaner of Monday, September 28, 2015 indicate that a majority of candidates in the previous election have failed to submit statements of campaign spending as required by law and the general secretaries of both the PNP and JLP are expressing shock. This may be an early indication of why public funds should not be given to electoral campaigns unless the law has mandatory effect.

Since then, the Electoral Commission has implemented several public fora geared towards the better understanding of relevant issues within the current democratic process. The closure of the voter-registration process at the end of October 2015 for the required publication of a current list has been well publicised.

In different places, the relevance of the Caribbean Court of Justice is being discussed, and at last the direction seems to favour a public understanding at all levels, and that is healthy for the evolution of a more informed democracy. In addition, we are building a process of discussion as opposed to the blind partisan ignorance ruled over by a few.

The silent minority now has a real opportunity to engage with the vocal majority in ways that share knowledge from both groupings in a manner that can produce better solutions (a coalition of the willing).

The engagements mentioned certainly provide a better path towards peaceful progress as compared to violent revolution. Perhaps this unplanned focus on constitutional reform possibilities will engage most, if not all, civil-society groups in a concentrated (though different) thought process, and a possible remedy to the disparate points of view.

The mechanism is formally called a referendum, and we have had one before. That decision set us on a path of Independence supported by a democratic process of a historical precedence that may not remain totally relevant in the modern era.

Fundamental changes in speed of communication, societal organisation, aggregation and disaggregation of nations, transformation of political ideologies, rapid transportation, production agglomeration and dispersal have been massive influences since our independence.

Jamaica stands on the cusp of 2016 with a systemic organisational process that cannot be fixed on a piecemeal basis, and is one that is further aggravated by the exigencies of international coexistence.

How will we overcome these fundamental flaws at this precise moment of opportunity? This timing opportunity may be influenced by divine intervention (many will like this), or perhaps by the total eclipse of the moon on Sunday, September 27 (not to be seen again until 2033), or other transcendental meditations induced by substances (read: non-medical marijuana).

Regardless of the status of your current belief, the logical answer would be a referendum, but not one with a single topic. This would be a modern multiple-question poll that would settle a number of issues that seemingly divide and cause indecision. This would certainly appease a number of interest groups and allow them to campaign on their issues in a way that would allow for public understanding and intelligent dialogue.

A few of these areas are political, such as I had indicated to the Electoral Commission, plus fixed election dates and term limits, republican status, human rights, justice, corruption, different lifestyles, rights of children, powers of Parliament and ministers, impeachment of elected officials and the power of recall, fiscal responsibility, responsibility of citizens, delineation of police powers, speed of the court system, roles of the custos and justices of the peace, and the CCJ.

This list can go on and set a firm path for intelligent and timely constitutional reform.

Some may ask how a task like this could be implemented and the answer is amazingly simple. If, after discussions, the questions formulated were printed and electronically prepared and available, all eligible voters could prepare and practise prior to arrival at the polling places. If all registered voters appear on a list and stations were electronically connected, major schools could be centres and classrooms used as places to receive, sit, and mark referendum sheets and for them to simply be handed in.

As an alternative, numbered ballots could be obtained in advance, or voting could be by electronic means. I am sure there will be several other solutions that can be offered on this simple problem. Also, a constitutional referendum need not be a political football match complete with dirty tackles and foul play. Jamaican citizens will have a legitimate say in ordering the basis for moving governance into the 21st century, and this should appeal to citizens of all ages. It will frighten the remaining old-style politicians who cling to the currently easily corruptible system.

I am a committed Jamaican who wishes to see peaceful change, and strong and intelligent governance practices prevail. Peter Tosh remarked on the need for justice as a precursor to peace. The Constitution is the basic rule book of justice, and it ought to prescribe and proscribe the actions of all those who seek to occupy the Parliament on behalf and in the interest of the citizens of Jamaica.

- James Moss-Solomon is executive-in-residence at the Mona School of Business and Management and director of the GraceKennedy Foundation. Email feedback to columns@gleanerjm.com and james.moss-solomon@gkco.com.