Gordon Robinson | The devil and the deep-blue sea 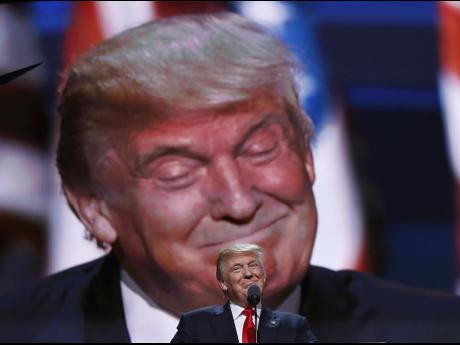 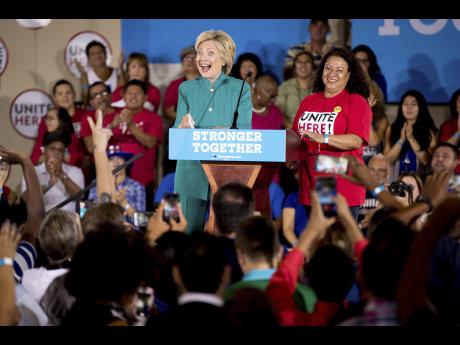 Jamaicans are spending too much time obsessing about Donald Trump. They can rest assured Trump doesn’t spend a millisecond thinking about them.
Expressions of horror at Trump’s likelihood of becoming POTUS are everywhere. His utterances have exposed him as a racist, misogynistic, narcissistic, jingoistic demagogue. And a world class ass-wipe. Other than that, he’s a really nice guy.
On the other hand, Billary Clinton promotes themselves as America’s genteel grandparents but they are repeatedly exposed as pathological liars.
So, this November, USA will face its most difficult choice in modern electoral history. Will it elect the Demagogue or the Liar? With the Demagogue, what you see is what you’re getting. With the Liar, who knows what lurks behind curtain number three?
With apologies to Mac Davis:
“Why don't we all just get stoned?
Get drunk and sing beer-drinking songs?
Between Abbas and Putin,
Netanyahu and Clinton,
We might as well all just get stoned.”
But my concern is: Why are Jamaicans so fixated? It’s not like we don’t have problems to solve. We need to ignite a stagnant economy; corral a monstrous crime problem; educate our people to 100 per cent literacy; clean up our environment; improve our underfunded health-care system; and find occupation for teeming thousands of youngsters 'graduating' annually.
We need every hand on deck; every brain on alert; every talent put to the cause of digging us out of the deep, dark hole into which Jamaica has plunged because of political malfeasance and national apathy over 40-odd years.
Instead, my Twitter timeline is jam-packed with caustic critique of Trump and expressions of dread that he could ever end up in the White House. Nobody is tweeting or commenting negatively about Billary. In Jamaica, the Clintons seem to be getting a free pass.
“You can't even look at the TV these days
without getting scared half to death.
The eyewitness news leaves me used and abused,
and I find myself gasping for breath.
There's strikes and inflation,
and strife between nations.
The world's in a hell of a mess.
No matter who's hurting,
there's one thing for certain,
the whole world will blame the US.”


As if Trump would be the first or last scumbag to spend four years there.  That residence has housed slave owners; a creator of political patronage (scarce benefits and spoils) and the forced restriction of Native Americans to reservations; the man who engineered the theft of Texas from Mexico; at least FIVE members of the Ku Klux Klan (during these presidencies, almost 5,000 blacks were lynched in America); at least FIVE misogynists, including Richard Milhous Nixon (also a crook), who once famously said, “If the wife comes through as being too strong and too intelligent, it makes the husband look like a wimp”; philanderers/rapists (ask Sally Hemings, Maria Halpin, Carrie Phillips, Lucy Mercer, Marilyn Monroe, Jayne Mansfield, Blaze Starr, and many more) and sexual harassers.
Sexual harassers? Oh, no! Who’d do such a thing using POTUS’s office as leverage? One example was best documented by Marjorie Williams in The Independent (1998):
“…The man in question has been sued for sexual harassment over an episode that allegedly included dropping his trousers to waggle his erect penis at a woman who held a $6.35-an-hour clerical job in the state government over which he presided. Another woman charged that when she asked him for a job, he invited her into his private office, fondled her breasts, and placed her hand on his crotch. A third woman conceded to friends that when she was a 21-year-old intern, she began an affair with the man much older, married, and the head of the organisation whose lowliest employee she was. Actually, it was less an affair than a service contract in which she allegedly dashed into his office, when summoned, to perform oral sex on him. After their liaison was revealed, he denied everything, leaving her to be portrayed as a tramp and a liar. Or, in his own words, ‘that woman’… .”
“The Russians don't like us
and we don't like them.
The Israelis hate the Arabs.
Iran and Iraq are on each other's back
and El Salvador's still up for grabs.
I wish they'd take Omar al-Bashir, Rouhani
and Putin and all of the rest.
Tie 'em all up to a chair
and make 'em stare at Donald Trump
’til he uglies the whole bunch to death”
Barack and Michelle Obama, while being the coolest First Couple ever, returned good, old-fashioned decency to the White House. White America has grasped every opportunity to treat them as intruders and to pretend he’s not president. But, compared to some of his lily-white predecessors, and those to come, he’s a saint. America has one last chance to show some gratitude for the way they’ve carried themselves while in the White House and for his work as president.  Instead, it’s constant whining and complaining:
“There's mass unemployment
and crime in the streets.
Inflation gets worse every day.
They're taxing us maximum
and Congress ain't axing 'em.
They take most my paycheque away.
Now Social Security
has become an obscurity.
Where the hell's all the money we paid?
Lord, if the Commies don't take us,
Obamacare will break us.
We ain't got a chance either way”


Just don't get it

Jamaican intellectuals who’ve grown up in a classist but not racist society just don’t get it. Donald Trump is a hero to all white America (including faux liberals who are really closet or subconscious racists themselves) for not giving a flying fork and being rich enough to say what they wish they could afford to say and have wanted to say ever since Martin Luther King forced a civil-rights bill on a reluctant Lyndon Johnson. In that context, his screaming, fear-mongering, factually incoherent acceptance speech on Thursday night will go down among Jamaican intellectuals as the worst ever, but across white America as inspirational and hitting the nail squarely on the head.
I have some more bad news for sneering local intellectuals. Trump has more closet supporters among Latinos and Hispanics than you’ll ever believe. Why? Because, they are 'in' and want to ensure that no more of their colleagues arrive to provide more competition. Don’t believe me? Watch for it as the Demagogue slaughters the Liar in states like Ohio, Wisconsin, Florida, Texas, Colorado and Arizona, while the Liar struggles to hold alleged Democratic strongholds in New York, New Jersey and California. On your marks? Set? All hail the new Chief, President Trump!
“Why don't we all just get stoned?
Get drunk and sing beer-drinking songs?
Between Abbas and Putin,
Netanyahu and Clinton,
We might as well all just get stoned.”
I grew up on RJR’s 'Good Morning Man Show' with host Desmond Chambers before he handed over to protégé Allan Magnus, who has grown from apprentice to peerless broadcasting icon. Mac Davis’ tongue-in-cheek smash hit 'Why Don’t We All Just Get Stoned' was a must-play on Allan’s programme.  He played and replayed that song until he wore out the grooves. Those of us who know Allan well know why he so loves that song.
Peace and love.
Gordon Robinson is an attorney-at-law. Email feedback to columns@gleanerjm.com.