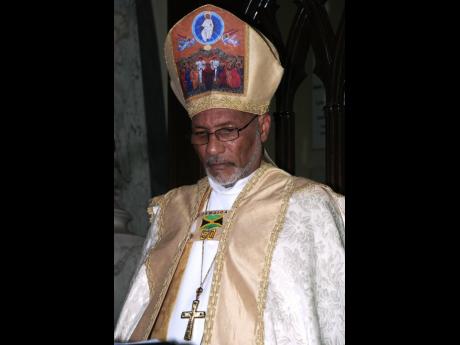 The incendiary controversy over Jamaica's buggery law is political, not moral or practical. No biblically defensible argument can be advanced against repealing it, nor would its repeal ensure a change in homosexuals' health-seeking behaviour.

Changing the buggery law would not necessarily arrest HIV rates among men who have sex with men. It is likely that it would produce a backlash (no pun intended) among Fundamentalist-influenced Jamaicans and further escalate straight-gay tensions. Anglican Bishop Howard Gregory advised the Government to forget about the referendum, for he already knows what the result would be.

The discussion on the repeal of the buggery law is characterised by appallingly sloppy thinking, non-sequitur reasoning, fear, bigotry, and prejudice. Just look at the comments made since Bishop Gregory courageously called for the repeal of the law.

Derrick Gillespie, in a letter in The Gleaner on Wednesday titled 'Shocked by Buggery Backtrack', laments that "some prominent church leaders in Jamaica are now leading the lobby for buggery (engaging in human and animal anuses and its stored faecal matter) to be legalised in Jamaica!" Fact-check: That's not true. The decriminalisation of buggery is not the same as the legalisation of homosexuality. If you are going to be a critic, the first requirement is accuracy. Don't misrepresent.

Christians have been pathetically weak in their argumentation, which has only served to strengthen the cockiness of their opponents. Gillespie then engages in the common slippery-slope fallacy of argumentation: He asks whether pastors were now going to lobby for repealing incest and prostitution laws. No, Derrick. One can advocate for the repeal of the buggery law and be quite consistent in opposing repeal of incest and prostitution laws. In fact, a Christian could consistently advocate for the repeal of the buggery law while remaining firmly opposed to homosexuality and while stoutly opposing either the legalisation of homosexuality or gay marriage.

If Christians hope to be respected in the public square, they must at least exhibit some modicum of respect for logical reasoning. There has been very little of that from Christians in this debate. My two Fundamentalist Christian friends on All Angles last week were an embarrassment.

Hear Gillespie: "After all, since freedom to do what one wishes as a human right is now more important ... than being unpopular, why not also call for freedom to abuse hard drugs and to not wear seat belts?" Now how did he get there? Gillespie talks about "beating back self-harming evil" by not repealing the buggery law. Now, does he really believe that the buggery law constrains homosexuals from engaging in sex? Seriously, Derrick?

Does he really believe that more people would be engaged in the "self-harming evil" of homosexuality if the law were repealed? Gay men are not cowering in their boots afraid of police knocking down their doors to lock them up. No, some of those policemen are in bed with them! (As are some pastors and Bible-thumping, fire-and-brimstone Fundamentalists, too, incidentally.)

And, what would Gillespie say about lesbians? Do gay men come under greater condemnation in Scripture than lesbians? If we are seeking to impose theocracy on Jamaica, do it fairly. The buggery law is unjust and unbiblical, for it punishes men for a sin and lets off the women while the Bible condemns male and female homosexuality as an abomination. The Christians would be more biblically consistent if they were calling for the buggery law to be expanded to include women.

The case is made about the health risks of male homosexuality. But in Scripture, the prohibition against homosexuality is cast in moral and theological terms, not in terms of health. That's why it equally condemns male and female homosexual practice. I have no doubt that homosexuality is explicitly condemned in the Bible. But the argument of the Christian anti-gay activists, which focuses on health hazards, is not representative of the biblical perspective.

But I understand the political strategy. It is to show that male homosexuality poses a major threat to the nation and, therefore, the state has an interest in outlawing it. As I say, in the Jamaican context, this is a political issue, not a moral or theological one. But pointing out the health hazards of male homosexuality can only be a warning for gay men to be more responsible in their sexual behaviour. So what if gay men were to practise safe sex, would homosexuality be OK and no longer the concern of the State? And look how many examples of irresponsible behaviour we have with things that are not outlawed!

So make the case for safe sex and point out, as is accurate, the inherent health dangers of unprotected male-to-male intercourse. Disciplined gay men might thank you and start doing it safely! The Bible avoids the merely pragmatic argument by laying out a moral and theological case against homosexuality, showing that it violates the Creation order. But that is a view held by Christians. I say that Christians have no right to impose their theological beliefs on a secular state. We are not in a theocracy.

There was a time in America when Christians influenced the State to outlaw contraception. In 1873, Congress passed the Comstock Act, which banned even advertising contraceptives. In his monumental, 668-page book just published (2017), Sex and the Constitution, the Distinguished University of Chicago Law Professor Geoffrey R. Stone says: "By the late 1930s a substantial majority of Americans had come to support the legalisation of contraceptives. But because of strong religious opposition it was next to impossible to repeal the Comstock-era laws prohibiting their sale or distribution." It was not until the 1960s that most states, "especially those without large Catholic populations", finally repealed or at least modified their Comstock-era prohibitions. (Note that, my Seventh-Day Adventist brother, Derrick. )

Gillespie, as an Adventist, is vehemently opposed to the Church influencing legislation. But in his war against homosexuality, he is willing to enlist the State in continuing to criminalise homosexual practices, while the State does not criminalise adultery, fornication and Sabbath-breaking, which the Bible equally criminalised as it did homosexuality. There was a time, incidentally, when the Puritans in America strongly lobbied the State to enact laws enforcing Sunday worship. Gillespie is happy they did not succeed.

Sister Betty-Ann Blaine in her Gleaner letter on Tuesday ("Bishop Blind to Buggery Agenda"), shows openly that this is a political issue. Gays have a political agenda and they are pushing it worldwide, says Blaine. If we repeal the buggery law, that will give them strength. They will push now to have homosexuality normalised, and soon, we will have gay marriage. Slippery slope, domino-effect argument. "The winds of change would be as fast and furious as we see in other parts of the world, including the extreme re-education and resocialisation of our children."

But the most absurd of all was Twayne Steward's Letter of the Day on Thursday, 'Bishop Gregory is Disingenuous'.

Hear this: "It is well documented and easily verifiable that there is not a country where same-sex marriage, is legal which also has a buggery law".

It's simply not true that decriminalising homosexuality inevitably leads to same-sex marriage. It's baseless propaganda. But this issue is political, and the Christians can't allow any victory, however small, to the gays. Fine. But come clean and tell us it's a political war. Don't try to camouflage it with the Bible.

- Ian Boyne is a veteran journalist working with the Jamaica Information Service. Email feedback to columns2gleanerjm.com and ianboyne1@yahoo.com