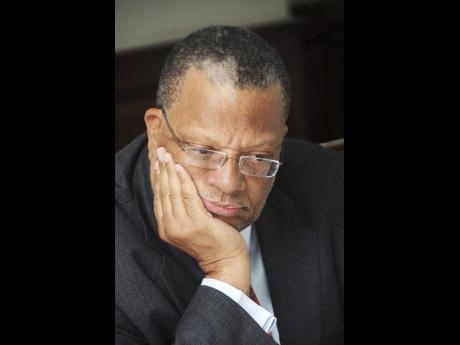 As the Manchester Parish Council (MPC) fraud investigation draws closer to PNP headquarters, the PNP humiliation, of which I warned last Sunday, is looking more and more imminent.

On June 24, 2016, the Observer reported: “The … MPC was among several premises searched by authorities this morning. Personnel from the … OCG supported by the police’s Financial Investigations Division and investigators from … MOCA conducted a major coordinated search and seizure operation in Manchester and Clarendon.

According to a MOCA release … documents, cash and electronic devices … were reportedly seized by the authorities. The operation continues.”

Hmmm. The presence of FID and MOCA should’ve raised a few eyebrows.

On June 30, 2016, THE STAR reported: “An ongoing anti-corruption investigation has unearthed a ‘grand conspiracy and fraud being perpetrated’ at the MPC” and that two people (one a parish council official) were charged with conspiracy to defraud, obtaining money by false pretence and forgery.

“MOCA's director of investigations, Senior Superintendent Cleon March, said … the probe has been widened with a view of determining the full extent of the fraud.  ‘… We will continue with our partners to pursue the evidence wherever it leads.’

“Throughout the operations MOCA and its partners have been diligent in approach, decisive in action and professional in conduct. We hold true to our mantra that no one is above the law.’”

Oh, dear. From as far back as June 2016, PNP would know trouble was brewing in Manchester and should’ve done something to limit potential damage. Wouldn’t you want to separate your organisation from any possibility of corrosive personal connection?

The Observer reported, on July 11, 2017, that another Manchester Municipal Corporation (MMC) official was charged:

“The allegations by MOCA are that MMC employees used their positions to misappropriate funds for their benefit and to allegedly enrich their associates.”

Who were these “associates”?

A MOCA press release of February 20, 2018, almost two years after PNP should’ve cleaned house, if cleansing was required, alerted the public to the fact that another person, a bank teller, had been charged in connection with the investigation. The allegation was that all conspired “to process fraudulent cheques drawn on the account of the MPC”.

A snoring PNP received a rude awakening on June 6 by this Nationwide radio (NNN) story:

“Deputy chairman of MMC and councillor for Spur Tree Division, PNP’s Ervin Facey, has resigned as deputy mayor of Mandeville. Two officers in the Accounts Department … have also resigned in a growing corruption scandal engulfing the central Jamaica local authority. The resignations come as the police have been called in to investigate and questions surface over whether the proceeds of the alleged fraud were used to finance a local regional PNP activity recently.”

Is this the same 2016 fraud or another separately created one? NNN continued:

“It’s understood the deputy mayor ... resigned today as pressure mounts over his role in the growing scandal, which appears to be on the verge of bringing down the leadership of the municipal corporation.

The corporation is one of only four controlled by [the PNP].

… At the heart of the developing scandal … are questions about the disbursement and encashment of unauthorised cheques and whether the proceeds from the cheques were used in a recent local PNP regional activity.

The scandal … has also ignited an internal feud among some PNP supporters in and outside of Manchester, including the neighbouring parish of St Elizabeth. Some Comrades are alleging the proceeds of the cheques ...were used to channel funds to a local PNP activity in the party’s Region 5 … .

A voice note is currently being circulated among Comrades with a PNP activist lashing out at prominent party members about the issue.”

Taking this report as accurate (since PNP threatened its own social-media activists with lawsuits but not NNN), we must ask ourselves what “recent local PNP regional activity” has taken place that would require substantial funding? I don’t think it’s a national security secret that the PNP is more bruk than 10 church mice, so this report, in conjunction with any pricey-looking political activity in the region, woulda mus’ create suspicion.

More reports have surfaced speculating that the money trail leads to at least one official high in PNP hierarchy.

Maybe there’s no connection but, on May 20, Region 5 held a high-profile candidate selection in North East St Elizabeth. The constituency has always been a PNP stronghold (the only PNP-held constituency in the parish). The political reality is that whoever runs there on a PNP ticket is assured a Gordon House seat, so it’s probably true that, despite the selection process being a Region 5 “activity”, it was of more interest to the contestants than party.

Sources say Peter Phillips has come under pressure from ‘Concerned Comrades of St Elizabeth’, who signed their names to an ‘open letter’ to him and from “bleeding Comrades” who didn’t. Concerned Comrades accuse the party leader of doing nothing to restrict the political activities of someone widely suspected of being a co-conspirator in the MPC fraud. They write: “We are not pleased, Party President,” at what they see as his facilitation of conduct bringing shame to PNP. They make some damning allegations including: “The daily stories from Comrades relating how much money they received to vote … is sickening and embarrassing.” They claim to write “on behalf of thousands of Comrades spanning all four St Elizabeth constituencies.”

Bleeding Comrades, less open in that they failed to identify themselves, but vituperative and foul-mouthed in their condemnation of some party activists, finally got around to addressing the party leader directly:

“Dr Peter Phillips wake up and smell the coffee. Your efforts are going to nil, my friend, and it’s mainly because of the people around you. Don’t you realise that people who have your interest at heart are being shut out by the few … trying to control the party? These people have no influence out there amongst the masses and can’t help you in no shape or form (sic).

Is Dr Peter Phillips aware that silently the bulk of [PNP] leadership across the country is saying he can’t lead PNP to victory?”

I like Peter Phillips. I want him to succeed. As a government minister, he was better than most. As a politician, however, he has been abysmal.

Perhaps he’s the proof I need to gain traction for my repeatedly published opinion that we need constitutional change to include direct vote for prime minister and Cabinets appointed from outside Gordon House. That may be the future. This is NOW, and, as I wrote last week, “Peter, time come. Tell Jamaica who you really are; what you really want; and where you expect PNP to go. Take control of this before it becomes another humiliation for the PNP!”

I said when it drops
Oh, you gotta feel it
Oh, that you were doin' it wrong

In this vital but very personal process, Peter Phillips could learn from Andrew Holness’ drip-drip-tap-drip method of dealing with attempted family dynasties. In this very personal process, Peter Phillips should decide whether, as a political leader, he plans to follow the money or insist that the money follows him. Peter, leaders lead. Others follow.

Frederick ‘Toots’ Hibbert is one of Jamaica’s best performers. His distinctively soulful, gospel-infused voice earned him a place on Rolling Stones’ top 100 singers list. He formed The Maytals in 1962 with Henry ‘Raleigh’ Gordon and Nathaniel ‘Jerry’ Mathias and they recorded with Studio One and Prince Buster before winning the first Festival Song Contest in 1966 with Bam Bam. Maytals outstayed early rivals Desmond Dekker and the Aces to win that contest three times and their Sweet and Dandy (1969) is considered by many, including me, to be the best Festival song. Their 1969 hit Pressure Drop, featured on The Harder They Come soundtrack, is one of reggae’s biggest hits.