Mark Wignall | Aren’t Total and RUBiS too close for comfort? 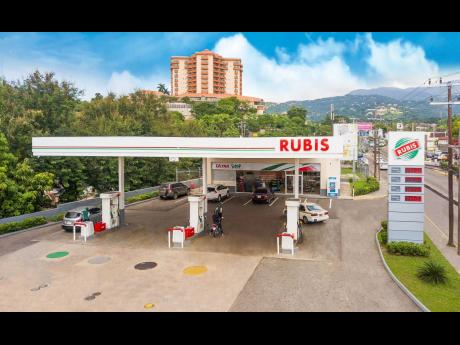 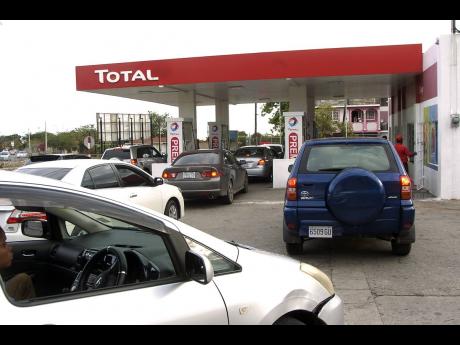 In the big, great and increasingly confusing United States of America, a gas station operator would be overjoyed if he found himself clearing three per cent as the difference between what he paid for the gas and what it was being sold for at the pump.

In Jamaica, the two big operators, Total and RUBiS, routinely post pump prices as high as 32 per cent above ex refinery prices. Those companies have arrived in heaven and they plan to be here for eternity, even if they have to, occasionally, invite the devil for brunch or dinner.

I am an early riser and there have been days when, to beat the traffic, I will be at an Epping gas station, more than five miles from where I live, to fill the tank of my car for the best price available to me.

Now that it has been announced that Total is acquiring Epping, I am forced to ask myself a number of questions.

But first, some context.

I live on the rise of road heading to Red Hills. The Total gas station at the foot of the hill routinely sells gas higher than any other station in close proximity.

A few months ago I spoke with two of the pump operators.

They both agreed but said they would be there for me should I change my mind.

The first question that begs asking is: will the Total acquisition of the Epping stations result in cheaper or more expensive pump prices?

Even more troubling is this question: if between the French giants, RUBiS and Total, they form an unwritten contract to hoodwink the State, because the companies know the typical Jamaican consumer is more hot air than a proactive activist, is there a remedy?

The other question is this: Is it at all possible that the standard protocol for a government of Jamaica official approaching senior personnel in Total and RUBiS, is cap in hand, head in a bow of subservience and the hope that campaign donations, if sought, will have possibilities of speedy delivery?

Jamaica first found itself in hock to Bouygues, the builder of the highway to Portmore and the creator of Portmore residents who drive, paying tolls sometimes three times daily. The Jamaica Labour Party (JLP) administration is plainly in hock to these powerful European giants so, why should the little matter of the likelihood of huge increases at the pump for Jamaicans who drive bother our politicians?

It is increasingly becoming more difficult for the voter who thinks outside of the smell of fried chicken that there are significant policy or ideological differences between the People’s National Party (PNP) and the JLP.

We who were around at the time saw the tribal, divisive and ideologically sharp 1970s and when 1989 came around, we saw the iconic Michael Manley slip back into the westernised version of himself. He ditched the Kareba and reached for the Jacket and Tie.

At times, the supposedly conservative JLP administration has appropriated much of the progressive policy stances of the PNP and it has forced the PNP into moving into a zone it is unfamiliar with.

That said, drivers who are concerned that there could be plans afoot to exploit them and they will have no one to turn to because the political parties are scared of them, are forced to look to the Fair Trading Commission and the Consumer Affairs Commission.

Is there one among these two entities that possesses the clout, the influence or the power to question the possibility that closer business relationships between Total and RUBiS may not be in the best interest of Jamaican drivers?

Operating in a market economy where the Government has been on an aggressive drive to bring investors to our shores, I would hardly think that this would be the best time to put new teeth in those commissions.

In the Total gas stations are sold many RUBiS Oil based products. And then, toward the end of last week when I drove by the main facility of RUBiS in Rockfort, right in land abutting the property, were a lot of Total signage and other material with the company’s logo.

Prime minister, are you deliberately mute on this?

This may just be the most wrong of times for me to ask that the PM ask himself about balancing economic policy with protecting the Jamaican consumer. I do not get to sit with the PM as he and his technocrats flesh out economic policies and devise new ways of attracting key investment.

For example, the prime minister would have to be quite foolish to agree with some that too many of the jobs in the BPO sector is an inflated second run of the 1980s sweatshops.

Leadership and that type needed at the political level calls for individuals to be able to selectively make one issue sink to its lowest possible significance, while elevating that considered most pressing at the time.

Total and RUBiS are compatriots and that cannot be changed. Operating in Jamaica where both companies have shown that they have no qualms in extracting the highest possible prices for their fuel, some would say that is what good business is all about, while others would want to think that there ought to be someone close to the P M to point out to him that the interest of Jamaicans ought to given first priority in all of his considerations.

Face it, many Jamaicans love depravity and violence.

The very first time I experienced it I was in my 30s. I was living in Havendale and citizen action had resulted in the capture of a young man who had grabbed a gold chain from a woman’s neck.

When I arrived on the scene, the man was laid flat on his belly and a few people had their heavy boots on his back.

I enquired if anyone had called the police. The 20 or so people there stared at me as if I was an uninvited tropical disease. A man passing by enquired as to what was happening. He had a machete and he chopped off a fine sliver of the man’s head. At one side. That day even my very confirmed middle class neighbour told the police to kill him.

Recently we saw the disturbing video clip of a man hauling and pulling a nude woman who he accused of robbing him. He insisted she had hidden the money in her private parts.

The crowd, young, old and those who ought to know much better, were all egging on the man, disappointingly a senior citizen, to further his assault on the extremely scared woman.

As I have said, I have seen that look before. It permeates every lane where the hungry make daily pacts with the voices sending them into seeking entertainment in seeing others imposing pain on the ‘others’ they do not like.

And we do not like the mentally ill and the very poor and indigent. Unfortunately, sometimes the very poor needs to find someone poorer than them to beat into a round of pain and entertainment.

Mob violence is just part of the more complex social picture of this country, where we have never been able to claw back that sense of togetherness we once had way back before independence. Well, since we have rid our lives of the very overt colonial masters, let us exploit the division they planted in us and prove to ourselves that mostly, too many of us are feral beasts.

Let us put the whip to our own backs and let the white man laugh at us as we mock ourselves and say another prayer to the glorification of depravity and violence.