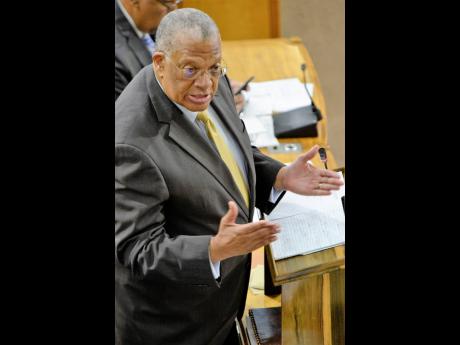 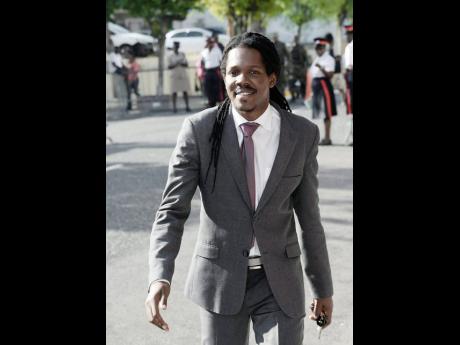 In my opinion, the East Portland by-election results aren’t an indictment on People’s National Party (PNP) Leader Peter Phillips nor do they provide grounds for party backstabbers to call for his resignation.

I go further. In my opinion, the by-election results make it clear that Peter Phillips is the best person to lead PNP into the next general election, which I’ve predicted for 2020 (as soon as di cyaaapet lay).

Let’s get some things clear. This was a local not national election, turning on local not national issues. The JLP’s win was secured long before any by-election was called. Local JLP operatives diligently, systematically targeted East Portland using a modernly crafted message (resonating with electors’ wishes); pre-election implementation of the message on the ground; and a charismatic, caring candidate who worked for many months to prove she could actualise the message.

Through Ann-Marie Vaz, the Jamaica Labour Party (JLP) put Portia Simpson-Miller’s mantra “Give the people what they want!” into action. On the other hand, the PNP neglected the constituency; fell asleep at the wheel organisationally; was overbearing and arrogant in candidate selection and message crafting; and unleashed a message to constituents along these lines: “We don’t need to ask what you want. We’ll TELL you what you want.”

That stubborn regurgitation of 1970s politics was compounded by a candidate who insisted on denigrating his much-loved, locally based opponent, including by boasting that he was brighter than she. He implied a third-grader was brighter than she. He sneered at her weak public-speaking skills, and even after she countered by admitting them but saying that she preferred to put food on tables and water in pipes, his rejoinder was that his oratory would inspire people to do it themselves. DWL!

So, to have polled 1,100 more votes than 2016, despite the shambles into which PNP’s constituency organisation had fallen, was an achievement for which the party leader and general secretary should be credited. But party strategy failed to foresee the number of new votes Ann-Marie’s tactics had attracted. The JLP countered PNP’s 1,100 increase with a massive 3,500 increase of its own. Send for a tractor!

The political lesson to be learned by those interested in learning is that there’s a new Jamaica. New Jamaica ain’t interested in old politics. New Jamaica wants a new political paradigm or else. In Eastern Portland, no political party can tell anybody to rear goats. East Portlanders, especially those born after 1985, will support the party that asks them what they want, promises to provide THAT, and proves it can!

1. The result exposed PNP’s message as irrelevant to a new, tech-driven Jamaica, especially youth. A brand-new standard in Jamaica’s politics is emerging. The PNP either changes with the times (o/c “renewal”) or withers away and die.

2. Based on East Portland results, in a general election held this week the PNP would win a maximum of eight seats.

3. The candidate’s indiscipline contributed significantly to the loss.

4. The PNP must craft a new message/ensure that messengers stay on message.

Assuming, for a second, that this analysis is correct, in what universe would this affect Peter Phillips’ leadership? The problem is, PNP is in danger of imploding on its own irrelevance. Is the answer to discard the party leader on the dump heap for the aged and obsolete? Should the PNP empower youth to lead the PNP into the new paradigm?

Not every youngster has the maturity and level-headedness of an Andrew Holness. See Damion. Hear Damion talk. Youth, for youth’s sake, without the focused guidance of experience, results in a plan to hand out she-goats to fishermen, expecting them to self-reproduce and give birth to fish. Youth, whose heads are filled with ideology but emptied of pragmatism, won’t appreciate the difference between a political leader and a political representative. In Westminster systems, that’s political suicide.

It’s a pity Jamaica seems unwilling to understand this difference and demand a new system that allows those with leadership skills to run for or be appointed to national leadership (Government) while those with representational skills stick to political representation.

I’m sure Damion Crawford would be an excellent education minister. If the PNP has learned anything (however belatedly), Peter Phillips will wave “Ta-ta” to halo-carrying, past-sell-by-date Rev Ronnie; promote Damion to education spokesperson; and remove him from the firing line of representational politics until his wounds are salved and he matures. Damion can then benefit from Phillips’ guidance and mentorship (assuming he knows he needs it), and, most importantly, discover that when you talk, you teach; when you listen, you learn. Nuh everyt’ing good fi eat, good fi talk.

But long knives are out and aggressive, ambitious party ingrates are calling for Peter Phillips to resign. Ok, and be replaced by whom? Who among PNP aspirants would be likely to implement the required changes instead of yelling “JLP corrupt; vote PNP” in blind, arrogant pursuit of personal power?

Peter Bunting? By what utterance or action has Bunting ever suggested that he thinks that the PNP or Jamaica needs any change? He left representational politics in a huff in 1996.

“A number of new MPs are reportedly frustrated, feeling powerless in opposition and the backbench of Parliament. Some say they don’t intend to return after next elections. Media report as many as 10 of 16 new MPs might not. Peter Bunting and Danny Melville quit Parliament for the same reason.”

I know for a fact that Buddan was accurate in his reference to my friend Danny Melville, so I accept his word insofar as it concerns Peter Bunting. What exactly changed to cause Bunting’s return? Did we abolish Westminster and give parliamentary representatives more power and oversight over Government? Or is being MP still the only pathway to Jamaica House?

Philip Paulwell? Don’t make me gag. I’ve been through Paulwell’s résumé more often than pregnancy causes morning sickness, and his leadership skills are as reliable as an $180,000 claimer around two turns. His scramble into fourth place in the PNP’s vice-presidential election says all that needs be said about his intra-party popularity. What better can he expect nationally?

Wykeham McNeill is Mr. Nice Guy but represents the past and seems not to have the stomach for pitched political battle, which is where the PNP finds itself. Mikael is another for the future (like Damion), but any immediate promotion will seem nepotism no matter how well intentioned, so his turn is regrettably postponed.

Please note the PM’s expert deployment of his MP wife who, despite numerous opportunities, hasn’t been promoted to Cabinet but ran Ann-Marie’s election machinery in alleged PNP fortress, Port Antonio, with dramatically positive results. So, dues paid, expect her to join the Cabinet if JLP wins a second term.

I’ve said this before. I’ll unabashedly repeat it. The only PNP “leader” who combines an ability to connect with youth and aged alike, boasts the necessary modern social media skills, conceived and publicly expressed the idea that the PNP needs renewal long before it was fashionable, and paid a heavy political price for her nationally progressive views is Lisa Hanna. She, however, has been neatly pigeon-holed as foreign affairs spokesperson (where, after an initial stumble, she performed well). But the PNP needs her to step up and help Peter Phillips lead an urgent rescue of this dying but vital organ of Jamaican democracy.

The worst thing the PNP could do is pressure Peter Phillips to resign. It needs to rally around the leader while committing the PNP to real renewal. Peter needs to be told that his job is to craft a viable political message going forward and properly select and guide suitable messengers in whom he must inject the discipline required to stick to message.

“… Because of her class and her colour, some [unspecified then or later] people say this lady is more qualified than me (sic)” isn’t a political message. It’s rank indiscipline. It’s also the worst grammar. Fifty-five years ago, I learnt from teaching legend Mrs Margaret Sasso (Musgrave Prep) that “than” is a conjunction that should always be followed by the subjective. The phrase used is an abbreviation of “Some people say the lady is more qualified than I am qualified”.

Instead of calling for Peter’s resignation, Comrades should be pressuring him to lead PNP renewal (including a succession plan) and to seek assistance only from those committed to renewal. In that process, one of the most important contributors should be a general secretary not conflicted by also being MP.

Don’t tell me about Horace Chang. His task isn’t anywhere as complicated as a PNP gensec’s is likely to be. Also, Puss and Dawg don’t have the same luck.