Peter Knight | NEPA is committed to a healthy Jamaica 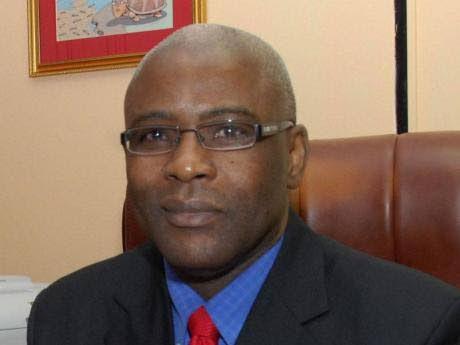 In her desire to sully, demean, and undermine the reputation of the National Environment & Planning Agency (NEPA), Ms Patria-Kaye Aarons, in her article in Wednesday’s Gleaner, titled “NEPA is just too nice”, wrote the opinion, ascribing to the agency a mandate and ­associated responsibilities that it does not have.

Her faulty premise notwithstanding, the opinion sought to conflate and misrepresent not only the ­challenges, but the responsibilities faced by the regulators without ­having a proper briefing or ­sufficiently researching the issues.

NEPA does not develop and execute its operational plan to be nice. In fact, owners and operators of facilities and developers may present an alternative reality of the agency’s role in the ­management of the environment.

Clearly, there are issues and challenges that require ­continuous attention and monitoring, ­specifically related to pollution of our lands, waterways, rivers, and seas. It is also a fact that enforcement of the planning and environmental laws must take precedence. This is even more critical since the Natural Resources Conservation Act “Binds the Crown”.

It is not difficult to concur with Ms Aarons that the daily experiences of specific nuisances and occurrences in the space ought to be cauterised, and in fact, terminated. The inefficient collection of solid waste, the open burning of waste, including tyres, are major contributors to the pollution ­challenge of the country’s land, water, and air. It is impatient of debate, therefore, that these are matters in the environment that require strong policy and regulatory responses. It is not fair, however, to vilify the agency as inconsiderate and ineffective.

The public should know that in March 2018, the agency initiated, with the support of the Honourable Daryl Vaz, and brought together critical government agencies and departments – National Solid Waste Management Authority, Ministry of Health, Ministry of Economic Growth and Job Creation, Social Development Commission, Jamaica Constabulary Force, Jamaica Defence Force, Kingston & St Andrew Municipal Corporation, Ministry of Local Government & Community Development, Jamaica Environment Trust, the opposition spokesperson for the Environment, the Meteorological Services, the members of parliament for South West St Andrew and West St Andrew and the councillor – to discuss the many challenges ­surrounding the management of solid waste at the Riverton disposal site, the ­occurrence of fires, and the ­incessant open burning by ­members of the communities in and around the disposal area.

The agency widely placed advertisements across the electronic media to advise the ­residents to cease the open ­burning and explained the ­consequences of open burning and the accompanying penalties.

Subsequent to that meeting, a joint plan of action was prepared, which was included in a Cabinet submission to apprise the Cabinet and to receive its decision on the proposals. The Cabinet ­submission is only delayed because the Government decided to include the management of tyres at the disposal site and the incoming stream of tyres to be part of the solution.

The proposed intention is to shred the tyres and at the same time provide an important energy input into an independent private-sector industrial operation. The agency anticipates that the full Cabinet submission will shortly be taken at Cabinet.

Ms Aarons’ reference to JISCO’s non-compliance and the impact the bauxite plant is having on the environment and human health are real issues requiring strategic and planned intervention, monitoring, and enforcement.

JISCO has been issued with more than thirty permits and licences, which contain specific and general conditions for compliance. The JISCO plant is monitored through quarterly multiagency onsite visits and meetings. The joint visiting team involves the NEPA, the Jamaica Bauxite Institute, the Water Resources Authority, and the Mines and Geology Division.

In addition, monthly assessments are done by the agency’s technical and enforcement teams. JISCO has been served over sixteen enforcement instruments spanning last year and the present month for non-compliance. The issue of concern to Ms Aarons appears to be the poor management of JISCO’s 350 ­hectares residue disposal area (mud-lake) and the impact it is having on the surrounding communities.

JISCO is mandated, as part of its environmental permits and licences, to install and operate a functional irrigation system, which is designed to keep the mud lake wet in order to mitigate dust and odour impact on the communities. There have been occasions, especially during the dry seasons, when management of the mudlake becomes more challenging.

Generally, this is the cause of the dust problem and the subsequent impact on the residents. On every occasion, the agency has responded aggressively to get compliance. The members of parliament (past and present) have also been of great support and are credited with working with the agency to find solutions.

NOT A BIG, BAD BULLY

The job of the regulator cannot only be that of a big, bad bully existing only to prosecute and lockdown. It must also research, educate, facilitate, audit, monitor and enforce. Of course, the agency can adopt an intractable position with all, as mooted by Ms Aarons, to act and be called draconian. The agency can be draconian and bring economic activity in the country to a halt, accepting the associated adverse living conditions.

During the financial year 2018-19, the agency took 1,472 punitive actions against a broad cross ­section of individuals and companies to include stop orders, warning notices, enforcement notices, and cessation orders. Similarly, 15 cases were in court for beaches of the Natural Resources Conservation Authority Act and the Wild Life Protection (Hunters Licences) Regulations. Of that number, seven pleaded guilty.

We wish to let Ms Aarons know that the staff is not ensconced in “cushy air-conditioned offices” doing nothing. They are out in the field giving of their best, working to protect, conserve, and preserve the environment, and at the same time, protect public health.

We are committed to Vision 2030, Goal #4 – Jamaica has a Healthy Natural Environment – and National Outcomes #13, 14, and 15: Sustainable Management and Use of Environmental and Natural Resources; Hazard Risk Reduction and Adaptation to Climate Change and Sustainable Urban and Rural Development.