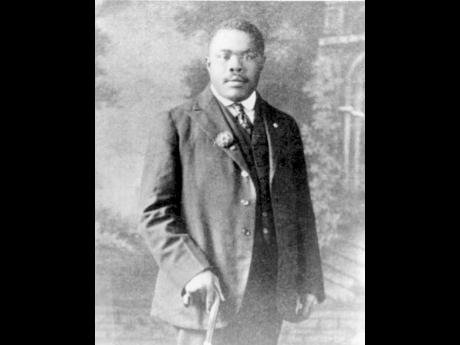 ‘ Poor people fed up’ is arguably the most f­amous lyrics of the Poor People’s Governor – Bounty Killer aka Rodney Price. This call to arms is not just a cry for more of the country’s scarce benefits, rather, it is an umbrella statement that rings true for the majority of Jamaicans who continue to exist on the margins.

Many of us accept the tenet that for the rich to exist, they must live on the backs of the poor. Unfortunately, this umbilical linkage exists despite classic economic theories and contrite religious promises that a better day is around the corner for poor people. Poverty is not just a case of money in the bank, but extends to a paucity of opportunities to enrich the mind and bolster one’s self-esteem and self-worth.

Successive governments have touted the trickle-down theory as the solution to help poor people climb the ladder. Obviously, that has not worked. Is the new “Balm in Gilead” the just-announced “bubble-up” theory?

In the colonial plantation state, ‘Backra Massa’ had the ‘Bushas’ and church leaders to keep the masses in check and accept their state of poverty as their natural lot before salvation. This perpetuation has become the purview of our politicians, whose primary concern is to maintain state power as a means of becoming the new kings of the fiefdom. By promising that manna “soon come” from heaven, the Church and the politicians continue to massage the ego of the poor with pregnant platitudes that speak of a better tomorrow.

We have been lulled into complacency by the teaching of the Bible in Matthew 5, which proclaims that “Blessed are the poor for they shall inherit the Kingdom of God”. The Bible’s archaic but well-meaning pronouncement ignored the fact that being poor is more than just the amount of money that a person has.

“Poverty is a multidimensional issue that concerns a person’s level of health access and coverage, available educational opportunities, and quality of life,” according to the UK-based think-tank – Oxford Poverty and Human Development Initiative .

ONE STEP FORWARD – FOUR STEPS BACK

After more than a century since Emancipation, and many decades after Adult Suffrage and more than half-a-century of Independence, the majority of Jamaicans remain in a slough of poverty with no life-raft in sight. Yes, some of us escaped the cane field when we passed our Common Entrance or Grade Six Achievement Test examination, but our grandparents, grandaunts, and country cousins are still shackled on the plantation.

Sugar cane is dying. Now, there is less cane to cut, with mechanical harvesting ruling the roost. With massive front-end loaders dominating the quarries, Miss Matty can no longer earn a living by going down to “Manuel Road fi go bruck rock stone”. The country tailor, the shoemaker, and dressmaker are being made redundant with the proliferation of cheap imports from China, Japan, and the USA. Because of international free trade agreements, our political leaders are impotent to protect poor people and pull them out of perpetual poverty.

Without decent work and pay, there can be no dignity for the poor – but “man haffi eat a food”. So instead of the cutlass, the fork, and the hoe, young men, following in the myth of how David killed Goliath, turned to the slingshot before graduating to the ratchet knife and the ultimate weapon of choice: the gun.

We continue to rain tears of sorrow when another person gets murdered, but we soon forget them because our uptown social conditions and sensibilities are camouflaged by towering high-rise apartments – the new cathedrals surrounded by freshly laid “cyaapets” – gifted by our new “gods”, the Chinese.

As long as the International Monetary Fund and its tangential linkages continue to heap cheap loans on us, the rich will remain happy with our stunted growth and questionable inflation rates while poor people remain “fed up”. Until there is qualitative and quantitative change for the poor, their only ­salvation seems to be a passport and a visa.

The frustrated poor have grown tired of Sunday sermons preached by pious parsons and the parsimonious promises of the politicians. It is in this vacuum that our indigenous street poets-cum-musicians now “talk di tings” that speak truths that reverberate in the echo chamber of the poor.

“We’ve been trodding on the winepress much too long – rebel, rebel. Babylon system is the vampire”.

Bob Andy echoed him in his ­signature song:

This couldn’t be my home.

It must be somewhere else or I’ll kill myself.

I can’t get no clothes to wear, no food to eat, can’t get a job to get bread”

And too many of the poor are still kneeling at the altar chanting Jimmy Cliff’s:

“Sitting here in limbo, like a bird without a song”

Then along comes the Poor People’s Governor, who gets straight to the point:

Who among us will create a vision for a better existence for Jamaican poor people who deserve their piece of the Rock to build a home for their families?

Poor people don’t necessarily want to be rich, but they want their children to get a good education that will prepare them for the job market – not just certified.

Poor people want better roads and pipes that carry water to their districts.

Poor people want to get good medical attention for their families so that they don’t have to die because there are not enough hospital beds or medicine for the sick.

Poor people want jobs that will afford them more than minimum wages.

Marcus Garvey nurtured that dream, but, arguably, he was ahead of his time. Is there another Marcus in the wings or will the Establishment kill him or her before we can be awakened to the possibility of a new millennium? Or will poor people remain forever “fed up”?