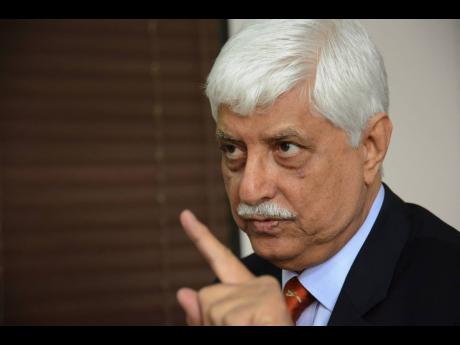 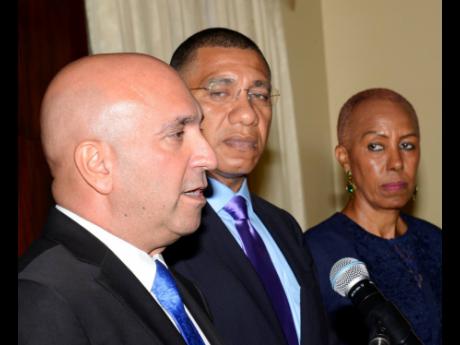 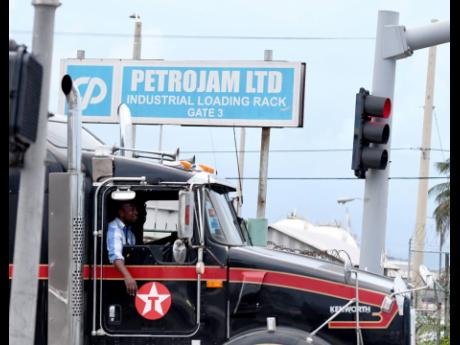 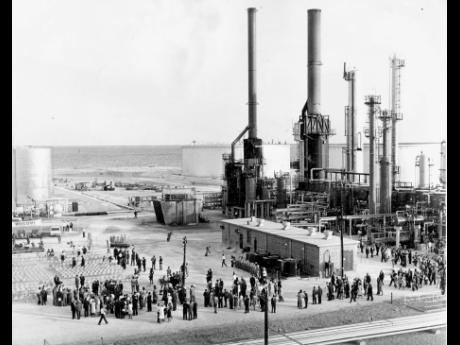 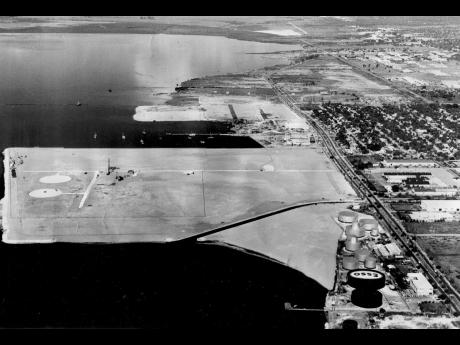 “The higher risk profile of the refinery arises from its greater operational complexity, the significant challenge involved in increasing plant utilisation from the historic levels of ~63 per cent to the projected utilisation rate of 78 per cent, and the project execution risks ... .”

On the evening of June 27, via a tweet from the prime minister (PM), I learned that PRC, led by Chris Zacca, had submitted its final report.

In a follow-up tweet, the PM informed us that he had posted the report on the Office of the Prime Minister’s (OPM) website.

As the Gleaner editorial of July 2, 2019, aptly notes, the release of this “report is a welcome development”.

I would like to add that this administration has taken a bold step by commissioning an objective review of the Kingston refinery, which no other administration dared to do.

The recommendations for such a review have been on the table for the past 35 years, but to no avail. The powers that be consistently benefited from this refinery and did not wish to expose its opaque operations or the origin of its slush funds to the public.

After reading the 38-page report and its recommendations, I am of the view that the PRC only provides limited background from the Gaffney Cline & Associates’ (GCA) strategic review.

What is included in the PRC is not adequate to analyse the significance and rationale behind some of the GCA’s recommendations.

I have requested the OPM for the release of the background GCA strategic review, but I am still waiting for a response.

The Petrojam refinery is a publicly owned enterprise that is required to remain fully transparent with respect to its operations, finances, and dealings. It is mandated to submit timely annual reports (both operational and financial) to the Parliament as well as remain accountable to the publicector oversight agencies such as the Auditor general’s or the contractor general’s departments.

These agencies generally will release their findings to the public.

So what is there, besides the disclaimers that the review has used in arriving at its assessment, which the GCA does not wish to share with the stakeholders?

The underlying information that directly impacts the viability of the refinery in terms of operational efficiency (proposed to be 78 per cent), or the crude oils and the yields that would apply in case the refinery remains operating, the demand forecasts, all are based on assumptions developed and provided by Petrojam.

The PRC lists, among others, the following underlying data that GCA directly received from the refinery and used in its review:

n “Information related to the investment and crude and product yields expected from the RUP [Refinery Upgrade Project] and VDU [Vacuum Distillation Unit] projects described later in this report.

n Crude and product prices used by Petrojam for mid- to long-term planning.

n Sales forecasts for Petrojam for the next 20 years.

n Expected yield data for a typical sour crude (Vasconia) as well as expected yields from low-sulphur (sweet) crude (Espoir), which is one of the sweet crudes that Petrojam is considering processing in the near future.”

As I do not see an overriding reason for the reluctance of GCA to make its review available and urge the OPM or the Cabinet Office that, in the public interest and for the sake of a healthy debate, the full ‘review’ should be released.

Sooner or later, this report will be in the public domain, so it might be prudent that the OPM or the Cabinet Office take the lead in releasing it now.

In this short series, I intend to review the PRC, the underlying assumptions and their origin (Petrojam versus independent assessment), and ensuing implications for the recommendations.

I shall address the myth of Petrojam ‘sanctity’, the mystique that surrounds the creative pricing formula, and suggest a way forward.

Considering that the consultant has relied on limited analysis (2014-2018), I find it necessary to delve into a bit of historical background as it is highly relevant to the conclusions of the PRC.

At the expiry of a 20-year tax holiday, in 1982, Esso indicated its inability to keep the Kingston refinery financially viable without continued government support.

Soon after the government took over the refinery, a World Bank energy mission, at the request of the Government, visited Jamaica. The mission submitted its assessment report in April 1985 (Jamaica: Issues and Options in the Energy Sector). With regard the to ex-refinery pricing and refinery operations, the mission observed:

“In order to keep the refinery financially viable, Esso was allowed a US$2.20/bbl small refinery differential over the Caribbean posting parity. However, …

“The refinery margins were changed to reflect a cost-plus basis, which at that time equalled US$2.81/bbl.

“Under PCJ/Petrojam, … a differential between the maximum anticipated price and the new Jamaica parity price has been added to the US$ refinery margin. A round-island-movement (RIM) factor, which was previously included in the marketer’s margin, is now added to the refinery margins …

“Since the government takeover of the Esso refinery, the Government has not closely monitored the ex-refinery price structure … .

“The mission is not certain if the current petroleum procurement system is the least-cost system and therefore recommends that a least-cost petroleum supply option study be done to determine if foreign exchange savings can be made. The study should also include a serious look at the marketing, distribution and storage aspects of the industry with a view to: (a) reducing foreign exchange costs, and (b) improving the marketing/distribution system.”

Since the ownership by the government, the refinery unit has hardly ever operated beyond 60 per cent of its plant capacity. For example, during the past 36 years (1983-2018), the utilisation factor has averaged at 51.1 per cent.

During the last 10 years, the average utilisation factor was 59.4 per cent.

On the average (36-year history), the refinery imported 66.1 per cent of its sales in the form of fully refined products (thus becoming a de facto monopoly).

The refinery’s financial viability has been maintained by virtue of margins embedded in terminal operations, tax waivers, and protective tariffs granted to it on substantial direct imports of refined or semi-finished petroleum products.

In the 1990s, in response to a government’s request for proposals to privatise the refinery, Shell Oil seriously considered submitting a bid. However, Shell’s internal evaluation concluded (An Evaluation of Petrojam Privatization and Considerations for its Acquisition, June 1994):

“The analysis shows that the Kingston refinery is relatively small, simple, outdated, and has only been sustained up to this time by Petrojam’s status as the sole importer and supplier of petroleum and petroleum products into Jamaica through protective tariffs.

“The financial analysis indicates that in the recent past, the refinery has operated at less than optimum operational capacity and has sustained losses on its processing unit. Furthermore, the refinery is too small to modernise and upgrade.”

As a consequence, Shell did not bid for the refinery.

“Developing an appropriate regulatory framework for the power and petroleum subsectors. This would include removing barriers to entry and competition, transparency in the market, appropriate legislation to prevent unfair trade practices and dumping in the petroleum sector … .”

Jamaica’s National Energy Policy 2009-2030 suggested that the government should:

“Establish regulatory regimes for the petroleum sector in order to ensure efficient procurement, sourcing, indexation, and pricing of petroleum and petroleum products on a most competitive basis and in a transparent manner.”

The 2010 Centennial Study on Petrojam, commissioned by the Ministry of Finance, recommended:

“Strengthen the regulatory framework by having a sector regulator to independently check compliance with the regulations with respect to pricing, quality, safety, environmental standards and consumer protection. In order to rationalise this within the existing regulatory structure, the sector regulatory function could be part of the OUR, thus leveraging its already available critical mass of expertise at a marginal cost.”

Question is, what has changed so far?