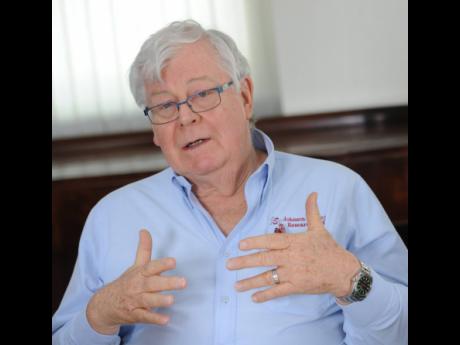 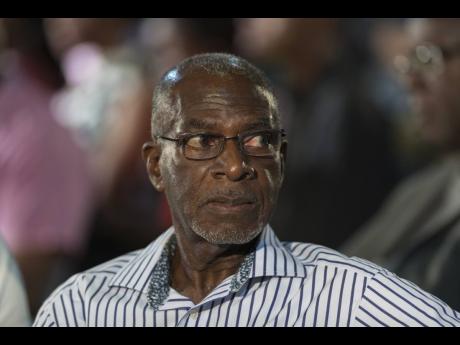 One year after the Andrew Holness-led Jamaica Labour Party (JLP) scraped by with a one-seat win over the People’s National Party (PNP) in 2016, Portia gave up the leadership of the PNP, and Peter Phillips was awarded the post, with all who could hear being told not to mount any challenge to him.

The person in the PNP who began to scope out the political land after that JLP win in order to find out if there was any space for him to upset the order was Peter Bunting. Some MPs were calling him. And he was talking back.

At some stage, he backed off and must have figured that Peter Phillips, as the most seasoned man in various Cabinets of the PNP, needed his special time to prove to himself and the nation that he was much, much more than just the best second-stringer in those times and could now carve out his unique leadership path.

According to poll findings after that, Phillips was politically dead in the water. Questions were being asked.

Why does Phillips fail to connect with the wider electorate? Is it something to do with his speech pattern, his droning monotony, his inability to smile and make those in radio land feel it like an engaging laugh?

Is it that he has never moved out of classroom delivery when he was lecturing at the UWI and genuinely doesn’t know how to walk close to the kind of man and woman at street level? Could it be that Andrew Holness of the JLP was just too much light for Phillips just at the time when his political batteries were running low and nightfall was approaching?

A few months ago when Peter Bunting announced his challenge, he had long scoped out the field for at least the second time. The standard finding in a number of polls conducted were that in a face-off between Holness of the JLP and Phillips of the PNP, Peter Phillips would get such a sound lashing that nothing less than his immediate resignation would be required.

Whether Peter Bunting is the man to unseat Phillips or whether he will sink embarrassingly under the weight of his own ambitions should Phillips survive is not necessarily the point at this stage.

Two polls released by both sides, conveniently at the same time, are indicating positives for each side on key matters. It is quite obvious to political watchers that both polls are wrong, one is wrong, or one is less flawed than the other.

Incredulously, the Johnson poll has Phillips making an astronomical surge in popularity with none of his poll numbers explaining the main reasons for this political awakening. After asking the question to registered voters, ‘Should an election be held tomorrow, which party would you vote for?’, there is another question that must follow at crucial times in our politics.

It is the simple, ‘Why would you do so?’ And that would be asked of those who are likely JLP and PNP voters and those opting out of voting or in a state of indecision.

A common thread existed in the polls

If we can agree that both the Anderson and Johnson polls have found common ground on a key factor, it is that the Bunting challenge has given new life to the PNP. And there is the possibility that it could either show up Phillips or build him as part of a greater tide that lifts all boats.

From my point of observation, it appears that it is more the former than the latter. Some have said that with both polls showing a closing of the gap between the PNP and the JLP, it indicates that many of the recent reports of corrupt acts and scandal in the JLP administration have begun to pay negative dividends to the JLP.

If this is in fact so, where is the explanatory evidence in the polls to justify the numbers? What are the ‘why’ answers saying? So far, we have not heard much on that from any of the pollsters, and all that has done is forced pundits into making assumptions based on their own imaginings and not from hard numbers.

To make matters move from the comical to cliffside ridiculous is the finding in the Johnson poll that Phillips would have a better chance of unseating Holness in a general election than Bunting. That, of course, comes long after a pattern had been seen of Peter Phillips just not having the political magic to go anywhere near Andrew Holness but of Phillips being significantly less popular than his own party.

So how did this happen, and where are the ‘why’ answers to explain the change?

It seems quite unlikely to me that in a series of polls showing the almost unassailable popularity of Holness over Phillips that a burst of duppy juice has just suddenly washed over the fortunes of the PNP and most of it has fallen on Dr Peter Phillips.

Poll findings are designed to even measure the duppy juice in the electoral changes. But those ought to speak to real issues such as the ‘JLP have too much scandal’, or ‘Poor people still a suffer’, or ‘This crime ting bigger than Holness’, or many other key matters.

In the absence of those attendant and quantifiable explanations of numbers, we are left to believe that bits and parts of the poll findings are either much too hurried or not properly dissected by the pollsters.

There is pretty much nothing in any of the findings to identify the factor explaining new life in Peter Phillips when the very poll findings shed no light there. So what was the purpose of the polls if not to guide strategy, a part of which includes showing the electorate which combination of persons or circumstances is likely to present the best picture for the PNP in the next general election?

The whole idea of the Rise United campaign is first to show actual poll numbers depicting Peter Phillips as a losing candidate to Andrew Holness of the JLP, and second, to show, through poll numbers, that Bunting has a better chance as PNP leader than Phillips. The One PNP campaign wants to show Peter Phillips not just as a survivor, but as a man with a second wind.

That latter part is persistently refusing to make sense to me. And, of course, I would have been satisfied hearing the pollster explain the numbers behind the findings.

Both camps know that for now, the ideal poll numbers are those that show, in one breath, their candidate winning. Peter Phillips must be seen as the preferred PNP leader than Bunting, but more important, Phillips winning against Holness in a general election matchup.

Bunting wants to show all of his main positives as a better horse against Holness and the preferred person to lead the PNP. It’s all designed to try to move the needle in the minds of the delegates.

Of the two polls, it seems to me that for now, the Anderson poll seems not to be too far off from what has been established as a political trend over the last two years, which saw the JLP winning two by-elections in seats that they had no political right to win. Those results indicated weakness on the part of Dr Peter Phillips, and he knows it.

I hope that when I sit down with the PNP party leader, he will have more refined poll numbers to share with me and place me in a better position to explain his unannounced ascendancy. It is the least I deserve, would you not say, Dr Phillips?