Stifling in a concrete jungle 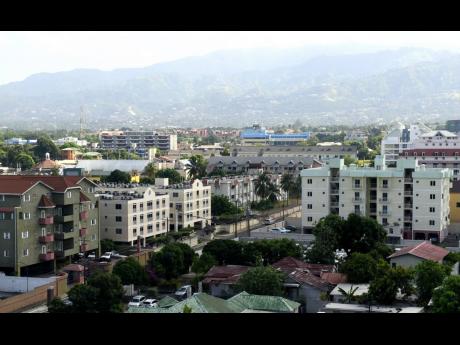 File
An aerial view of New Kingston. Over the years, older houses and structures have been torn down to give way to multi level apartment complexes. Communities in the area are imploring the authorities for green and people-friendly urban planning.

In her recent article “Control the Developers”, Honor Ford-Smith asked, Why is nobody listening? What is the role of the prime minister in this? Is he listening to the voices that are speaking out? Where is NEPA in this and the NWA? Where is the minister who is supposed to see to the enforcement of regulations to protect our children from environmental collapse?

Maybe you heard the chorus of “A we fi tell yu!” as these are exactly the questions that citizens who have been writing to the above named government leaders and institutions have been asking themselves.

Cases in point. A letter written to Prime Minister Holness in August 2019, signed by four citizens’ associations in the Corporate A rea, highlighted the following concerns.

A policy of arbitrarily and radically increasing housing densities and building heights and … indiscriminate construction of high-rise buildings will not by itself serve to improve the city and instead will cause and already has resulted in severe negative consequences for affected neighbourhoods.

The affected neighbourhoods are now facing vastly increased car traffic, with air and noise pollution, and a radical negative change in the scale and character in the areas. There is a direct, negative impact for residents whose property adjoins these high-rise buildings as they suffer from a loss of privacy in their homes and blockage of natural air flow as well as sunlight, loss of mature trees, among other concerns. The experience is one that leaves many feeling under siege.

While construction of high-density apartment developments is proceeding at a rapid rate, Prime Minister, the public services to provide for potable water, storm-water drainage, and sewage disposal are presently totally inadequate to serve the city, and plans to improve these services are only now being looked at.

Prime Minister we call for your attention to the fact that at this time, there are many residents in areas throughout the city who are very worried about projects being proposed or already approved for construction in their street and who feel helpless against the ill-conceived and unilateral decisions coming from the main planning agency NEPA and the permit granting authority the KSAMC.

We are calling, Prime Minister, for:

1. a moratorium on the approval of high-rise, high-density projects located in the heart of established low-density residential neighbourhoods

2. urgent consultations with the concerned citizens groups tha are being adversely affected. We believe it is possible for the gGovernment and stakeholders to agree an approach that will result in liveable communities for all.

There has been no response to or acknowledgement of that letter. Just silence.

The Golden Triangle Neighbourhood Association again wrote to PM Holness in August 2019 to bring to his attention the “Urgent Need for Public, Recreational, Green Space in Seymour Lands”, especially given the increases in housing density.

Neither the PM nor any of the agencies that received copies of the letter has responded to or acknowledged that communication either.

The Town and Country Planning (Kingston and Saint Andrew and the Pedro Cays) Provisional Development Order, 2017 (the PDO), explicitly says that provisions should be made for open green spaces:

The desire to maximise the use of housing land has sometimes been at the expense of the provision of open space. The provision of such open space is, however, important to maintain the quality of the living environment and to provide activity areas for residents.

It also says that in conjunction with increasing residential densities within already built-up areas, the planning strategy involves the development of an open-space system plan containing a linked hierarchy of open spaces and places of recreation, … and that “it is the intention of the planning authority that open spaces and recreational facilities be provided within a convenient distance of all places of residence … . The provision for facilities for a wide range of sports, arts, and other recreational activities will be encouraged in appropriate locations throughout the Order Area to meet the needs of all residents”.

The Order doesn’t stop there. It sets a standard for open green space in new residential developments of one hectare for every 100 dwellings, recommending that this be in larger parks rather than “land left over as unsuitable for housing development”, and stating:

“It is important that the land is … properly located within the neighbourhood so that it can be conveniently used for the required public purpose. Consideration should also be given to the provision of large open spaces rather than several small ones.”

Other letters, including a formal objection to the PDO, have been sent to the PM and various agencies such as NEPA, KSAMC, NWA, Ministry of Housing, Urban Renewal, Environment and Climate Change expressing various concerns. To date, no acknowledgement or response has been received. Is anyone listening? The continued march of developers towards higher buildings, paving over green space, decreased air quality, increased noise pollution, streets that become rivers at the slightest rainfall, and no provision for adequate sidewalks and community recreational spaces suggests not. Successful court actions have been brought by some communities, with favourable decisions against specific developers, and in a recent case, taking agencies with responsibility for granting and enforcing permits to task. But unless and until our leaders listen, acknowledge, and respond to the concerns of communities, that are directly affected by the lack of thoughtful urban planning in Kingston and St Andrew, the threat that our beautiful and vibrant city will become unlivable seems inevitable.