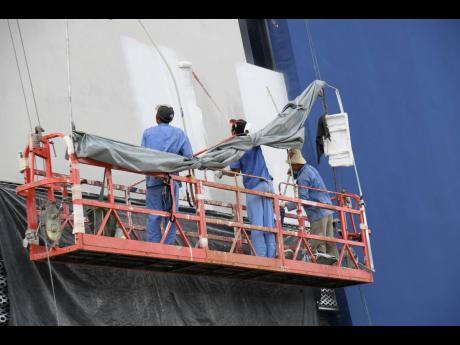 File
Construction workers at a site. 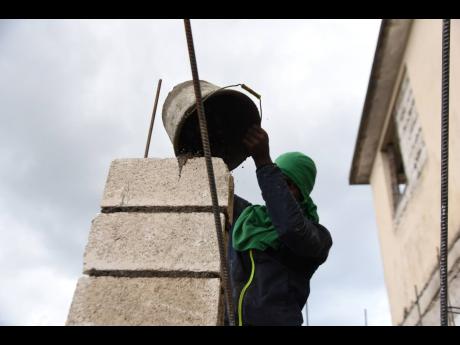 File
A construction worker pours concrete into a block.
1
2

“… Among some of the organised methods used to control the world is the thing known and called ‘propaganda’…” said Marcus Mosiah Garvey, who would have been 135 years old on August 17. Dr Lauren Marsh, in his 2022 Marcus Garvey Memorial Lecture at Liberty Hall, ‘Marcus Garvey and Trade Union Development in Jamaica: Philosophy and Work,’ pointed out that history on trade unions in Jamaica tended to omit the critical role Garvey played. Further, there is an absence of a trade union for the construction industry because its practice is to engage construction workers on a contract basis.

Construction trade unions, globally, regulate members adhering to quality of workmanship, industry standards, building specifications, etc, and also provide opportunities for continuous training and certification in requisite skills. Its absence in Jamaica may help explain certain manifestations within the construction development sector operating aggressively in the nation with what is loosely termed ‘casual labourers/workers.’ Could this be adding to the source of development disease that has spread throughout several communities especially in the Kingston Metropolitan Area? Ask the growing number of persons advocating through citizens’ associations under the ‘Community Advocacy Group’ and ‘Citizens Right to the City’.

The ‘Canada Building Trades Unions’ is the national voice for Canadian construction workers, with 14 international unions across more than 60 different trades and occupations. It offers apprenticeship in the unionised skilled trades to start a career – debt-free. The ‘North America’s Building Trades Unions,’ dedicated to the stability of employment and economic security of organised construction workers in North America, also offers apprenticeship training. The UK ‘Trade Union Congress’ works to push up wages and improve living standards for construction workers.

I searched in vain for evidence of construction trade unions in developing countries. Carlos Lamarche in ‘Collective Bargaining in Developing Countries,’ suggests that there is a long tradition of determining wages and working arrangements through industry-wide collective bargaining agreements, however, restricting any single generalisation, economic conditions vary widely across developing countries. The International Labour Organisation (ILO) in its report on ‘Decent Work,’ emphasises occupational safety and health (OS&H) issues of industry workers. For developing and transition countries, emphasises the ILO, many new investment decisions continue to ignore safety, health, and environmental considerations.

In the absence of a construction union with tenets to regulate itself, let us ask some questions to diagnose any community spread of construction development disease. What governs and/or makes Jamaican casual workers accountable for quality delivery and on-the-job performance? With whom does liability rest when casual workers extend construction hours repeatedly beyond regulation stipulations? Who is responsible for safety factors of workers, persons, and vehicles when roads are casually obstructed for extended periods by equipment undertaking construction activities in public thoroughfares? Why should there be need to reinstate roadways after the casual washing out of cement trucks leaving lumps of concrete to harden on roadways and sidewalks? Are citizens and their members of parliaments to lobby continuously to reinstate road containing cement-truck overflow and pitted with potholes from heavy-duty vehicles, especially during hillside developments? How do communities manage with sidewalks and portions of roadways used for prolonged periods for construction material storage, debris, and its equipment? The onus would, therefore, fall squarely on government regulatory entities to stem this disease.

Municipal Corporations fall under the Ministry of Local Government and Rural Development whose minister, Desmond McKenzie, appeared to abrogate responsibility during the 2022 Parliamentary Debates by saying, “The local authority is not in a position to monitor these events.” Significantly, primary governance and operational responsibility for the built and natural environment reside within the Ministry of Economic Growth and Job Creation (MEGJC) headed by the prime minister with critical portfolio areas: (1) land; (2) housing; (3) environment; (4) climate change; (5) water and wastewater; (6) works. The MEGJC has oversight for 23 agencies, departments, and divisions responsible for approximately 30 subject areas.

Development is a political term, states the School of Oriental and African Studies (SOAS), University of London, used to reflect and justify a variety of different agendas, having a multitude of meanings. Continuing that development is often regarded as something that is done by one group to another and involves the natural environment. The SOAS adds: “Development is about the conversion of natural resources into cultural resources … the environment is both a source and a sink in relation to economic processes: it is a source of raw materials and energy and a sink for pollution.”

Why are citizens being overcome with further disease from continuous and prolonged pollution of the Rio Cobre when the MEGJC, through its National Environment and Planning Agency/Natural Resources Conservation Authority, has overall responsibility to enforce the 2013 ‘Natural Resources Conservation (Wastewater and Sludge) Regulations’? Its 2013 report reads: “Some wells in the Rio Cobre, Black River, and Martha Brae basins have been abandoned because of pollution from trade effluent released from alumina refining and rum distillery operations. The severe pollution of Kingston Harbour is due in part to discharges of trade effluent and sewage from facilities in the Kingston Metropolitan Region (KMR) and Rio Cobre basin.”

Kudos to the prime minister for visiting and assuring families in central Kingston affected by recent fires. The MEGJC, seemingly, is applying ‘urban renewal’ loosely. The Gleaner editorial of August 12 elaborated this term.

However, why is Jamaica pushing ‘renewal’ when globally, the international agenda for the UN ‘Sustainable Development Goals’ and the UN-Habitat ‘New Urban Agenda’ are appropriating ‘urban regeneration’? This includes redevelopment of brownfields - areas that have been used before, now disused, or derelict land; densification – such as contained inside the 2017 NEPA Provisional Development Order; and intensification – transforming areas into compact, higher density zones centred around public transportation. According to UN-Habitat, regeneration offers “diversification of economic activities, heritage preservation and reuse, public space reactivation and strengthening of service delivery”. Let us apply ‘urban regeneration’, especially in downtown Kingston, to curtail spread of development disease. One method was motioned by The Gleaner editorial of August 22 to preserve railway stations. These are outstanding examples of Jamaica Vernacular Architecture style.

Community spread of development disease makes it unenticing for any Jamaican to ‘tan a yu yaad’. The globaleconomy.com website reports that Jamaica ranks second highest on a list of 177 countries for ‘Human flight and brain drain.’