Fire up the grill - Backyard barbecue with The Bearded Chef 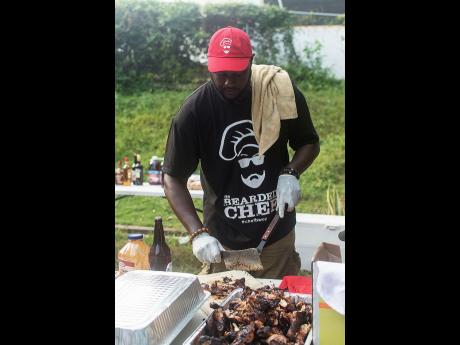 Shorn Hector
Noran Price, aka 'The Bearded Chef', with his freshly grilled chicken. 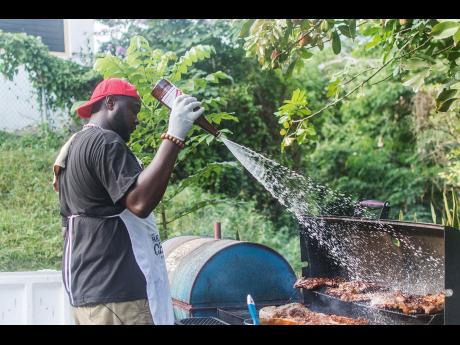 Shorn Hector
The great Jamaican beer makes everything better. Not only does it help with keeping the meat tender, it also gives it a great flavour. 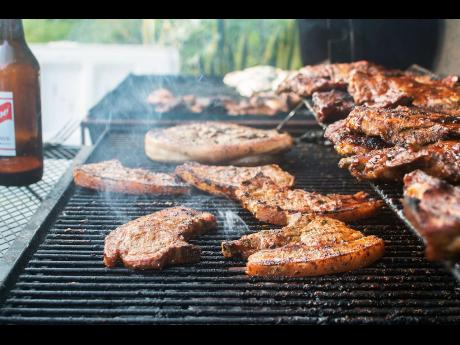 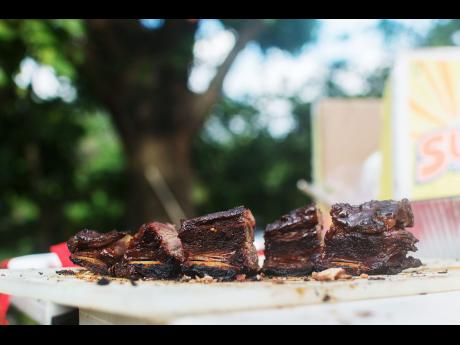 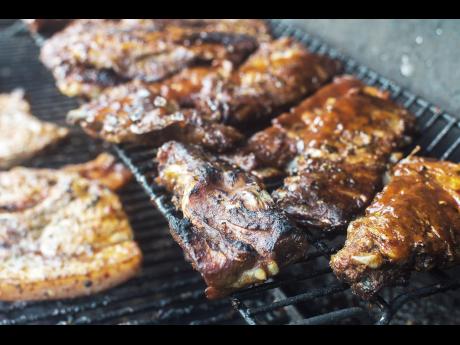 Shorn Hector
There is no good jerk without pork – pork chops and ribs. 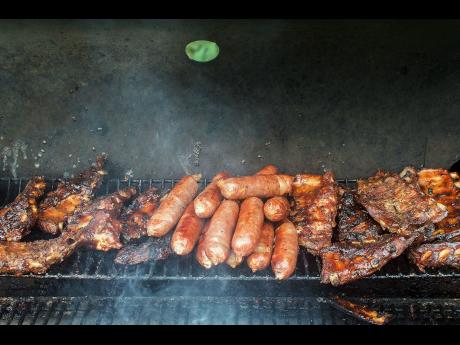 Shorn Hector
A carnivorous feast on the grill. 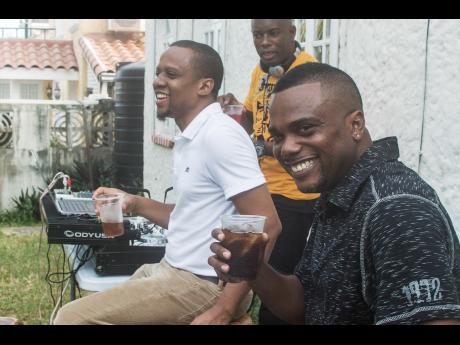 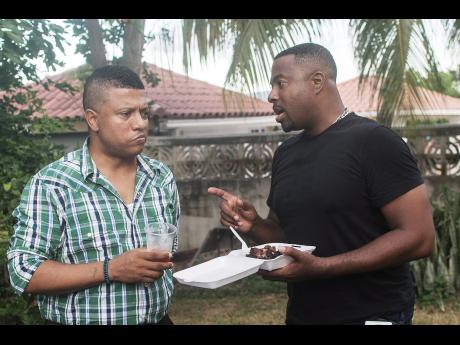 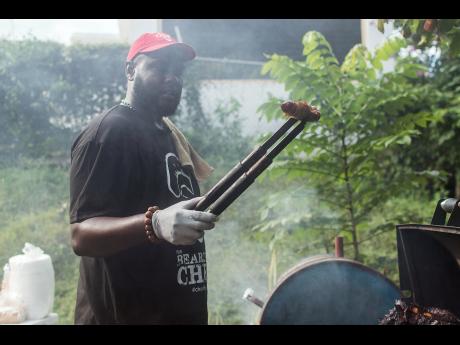 The smoky air and tantalising aroma gave it away. There was a backyard barbecue happening and the vibe was just as good as the food.

It was a lazy Saturday afternoon and a group of friends from Wolmer's High School for Boys, class of 94-95, had gathered to fire up a grill, have some drinks, listen to some retro tunes and make the most of the long summer day.

At the helm at the grill was Noran Price, marketer by weekday, chef by weekend (and other special events). When in chef mode, he goes by the moniker 'The Bearded Chef' and is known by his former classmates to throw down on the grill.

Price was no doubt in his element as he manned the grill with its sizzling spread of bacon-wrapped sausages, chicken, pork chops, beef ribs, pork ribs and pork leg. He was like the Pied Piper, instigating a line of volunteers every time he yelled, "Taste test!".

When Food arrived at the backyard event in the hills of St Andrew, one such taste test was under way. The music was in 'early juggling' mode and the vibe and laughter were increasing quickly.

Price told Food that his cooking skills developed from watching his mother in the kitchen.

He said he started doing barbecues with his friends about five years ago.

"It's really relaxing, and besides, we've all passed the 'going out to the club' stage," he said.

The barbecues are usually planned close to the end of the month. Everyone contributes and Price is in charge of buying the supplies. For this particular event, he was tending two grills with 10 pounds of pork and beef ribs; 30 pounds of chicken; four pounds of sausage; four fish (with one piece of salmon for his vegetarian batchmates), being careful to keep the protein separate. The most crucial part of the entire process, he told Food, was the seasoning, which he does at least two to three days prior. The flame, he explained, was also a very important part of the grilling process. "After the meat is charred, it's to be kept low. You also need to know your meat. How thick it is will determine how long it stays on the grill."

Of course, like any respectable chef, he has his (not so) secret ingredient - the great Jamaican beer. As the meat sizzled on the grill, they got a proper dousing of Red Stripe before the grill was closed and the meat allowed to simmer.

When the barbecue hit high gear, it was clear the 20-plus attendees were having a good time. Among them was Jathniel 'Jazzy' Randall - the 'spirited' one - with a robust passion for Campari and conversion. Kwame Latibeaudiere was in charge of music; Dane Hucey was in the process of developing a jerk marmalade. "We love the grill. We love to jerk. Most of the things out there need a touch of something. This will be real Jamaican, no running away from the Scotch bonnett," he said.

The summer afternoon barbecue transitioned into a night-time get-together as the old friends stayed well into the night enjoying good food and camaraderie, all the while making new memories that will surely last a lifetime.

The Bearded Chef commandements of BBQ

1. Never leave your grill unattended. There's a big difference between char and burnt.

2. Patience: The food will be ready when its ready. Don't try to rush it because people are hungry and complaining.

3. Have fun. A BBQ brings people together. If you are not enjoying it or enjoy doing it, then don't