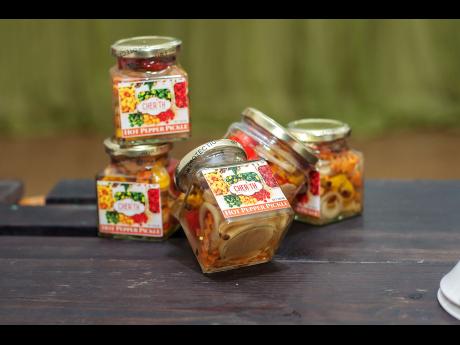 Contributed
Spice up your plate with a bit of Cherith pickle. 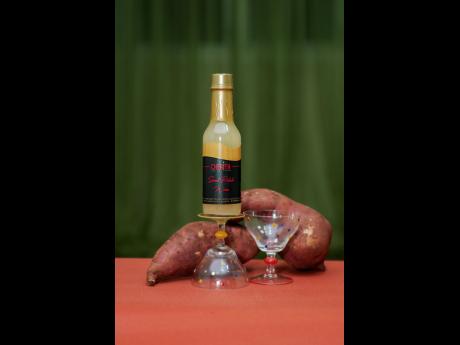 Contributed
Sweet potato wine. Maybe you should try it with a slice of pudding. 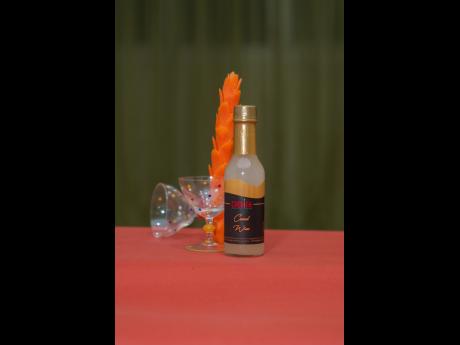 Contributed
Carrot wine? Yes, you just have to try it. 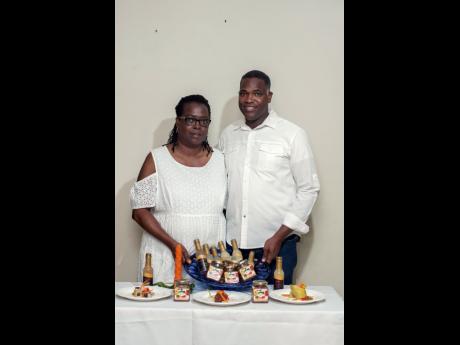 Contributed
Andrea and her supportive husband and partner Wayne Jackson with the line of Cherith products. 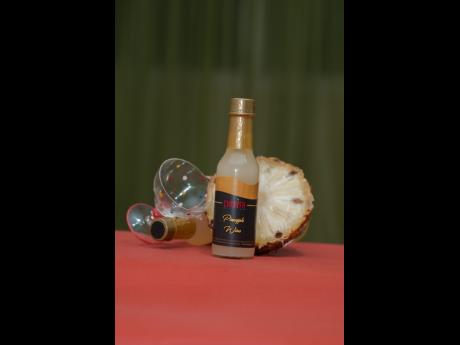 Contributed
Who does not love pineapple? Get wine glass and savour this wine.
1
2
3
4
5

Wine is the answer to several moods. Whether it be cheers to the end of a good day or even a bad one, a celebration or simply just for the sake of sipping while enjoying a good meal. Andrea Jackson has found a way of cherishing local flavours by adding a Jamaican twist to this beverage.

Thinking way outside the box, or the average wine bottle, Jackson made a guinep wine. She founded her company Cherith after losing her father and her mother. Having gone through the death of her parents, it was extremely difficult for her when her post was made redundant, so she had to find something to do. She had done catering previously but she wanted something that had meaning to her. Her mind went to the simple, uncomplicated days, like having a glass of wine on the veranda while watching the children play, and there was the answer to her problems.

She knew that she wanted to bring a Jamaican flavour to her business. Her guinep wine was the first to her collection, though she had made sorrel wine for herself previously. It was a bit of trial and error because her only background in wine was watching her previous generations take part in it. But she worked until it happened. She admitted that her customers use the guinep wine as a chaser. She then thought of using Jamaica's best pineapples - sugarloaf, and then carrot wine and a sweet potato wine.

Cherith also has under its belt a homemade pickle that takes you back to watching your mother preparing fried fish and taking down that glass bottle with Scotch bonnet peppers, pimento and onions soaked down in vinegar. Jackson admits that not every youth has this recollection, and in fact, some are unfamiliar with it. So doing the pickle was in her way bringing an old Jamaican flavour to the new generation. She also makes a yeast-free bun.

She not only wants Cherith to be made a household name, she wants it to go across country borders. Jamaica is the current target, but other Caribbean countries and Jamaicans living in other countries that miss home and would like to enjoy their country's flavour in a different style. Because Jamaican food is something to cherish.