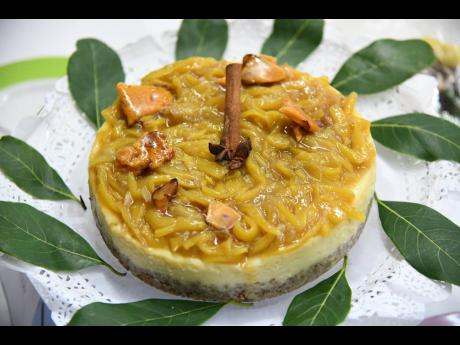 Rudolph Brown
This jackfruit cheesecake will surprise you with bursts of sweet, creamy flavour. 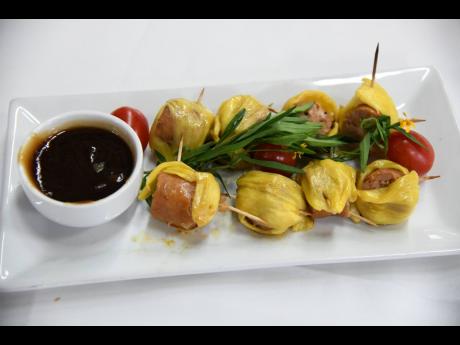 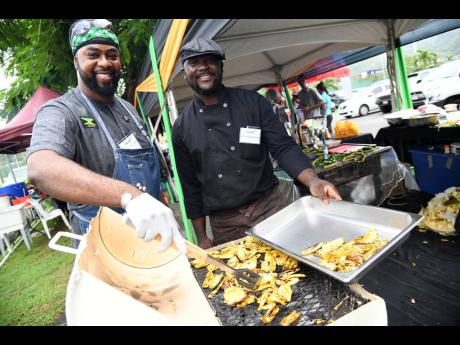 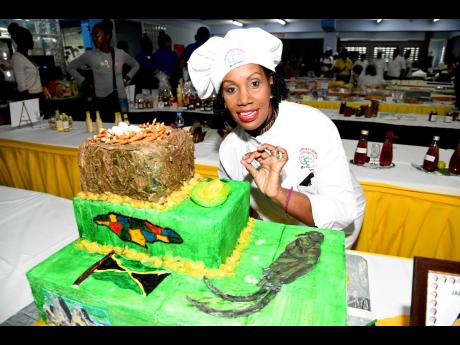 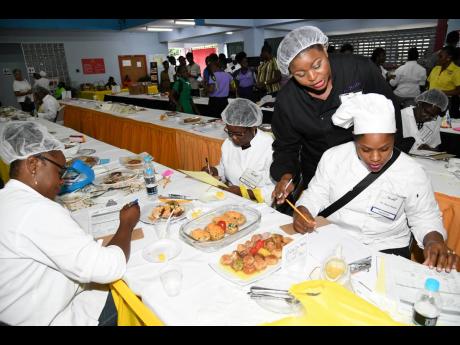 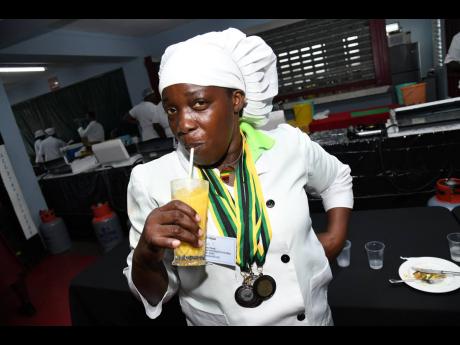 Rudolph Brown
Hassane Gordon has a knack for winning competitions with innovative recipes. Our lens caught her sipping her very own creation ‘Assaney Hey! Jackfruit Cool it Down’, after collecting her medals. 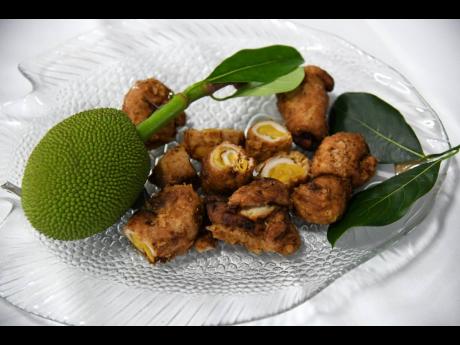 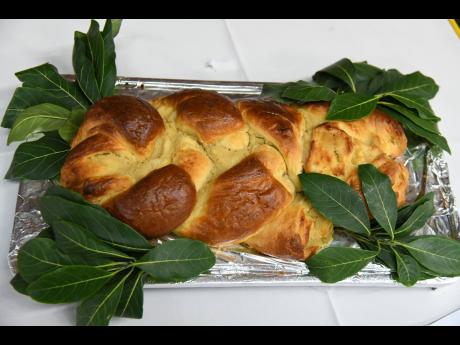 For decades, this competition has promoted talent and creative abilities by stimulating an awareness of the many uses and versatility of local farm produce. Through this initiative, the JCDC has generated interest in and appreciation for the wide variety of Jamaican tropical agricultural products. The main ingredient for this year’s competition was jackfruit. This super fruit is packed with vitamins and minerals and has several health benefits. Since jackfruit was the ingredient for every entry, students and patrons were not only educated about its many benefits, but also on several tasty ways to prepare it. “Jackfruit has everything in it and can be seen as a substitute for meat,” said award-winning chef Nicholas Douglas as he tended to his jerked jackfruit station.

With over 600 original recipes using jackfruit, the competition saw an influx of chefs, from the young to the young-at-heart, across the nation, who show a keen interest in the culinary arts. A few of the featured delights included jackfruit-wrapped sausages, jackfruit cheesecake, jackfruit bread, jerked and barbecued jackfruit, and jackfruit wines, as well as jackfruit preserves. As the judges scrutinised each entry, they laughed and smiled at the creative names given to each dish within the 12 categories. The categories included party favourites, three-course meals, batters and doughs, desserts, preserves and condiments, wines and liquors, wedding cakes, non-alcoholic beverages, live cooking, and team challenges. For each entry, the judges gave marks based on the recipe, suitability, presentation, creativity, taste, sanitation, and proportion. There was a category for everyone, and the organisers for the JCDC were proud to witness the numerous students who entered the competition.