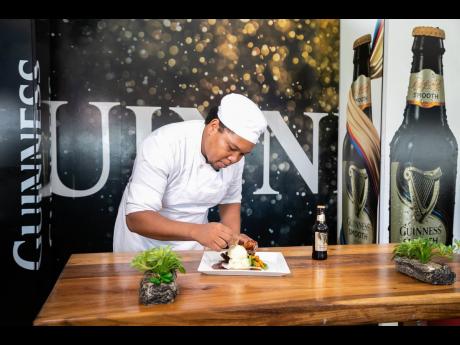 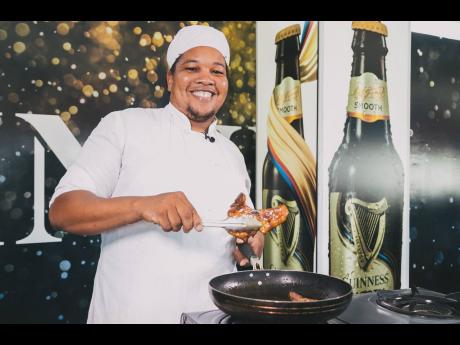 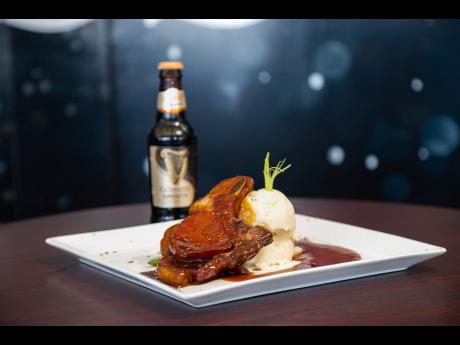 When Neico Knight enrolled at the GC Foster College in 2007 to pursue a course in sports massage therapy, he never imagined he would be causing quite the stir in the culinary scene 15 years later. Known for his impromptu culinary masterpieces, the talented chef first had his hands in the sports pot as an assistant rugby coach and sports massage therapist.

“I was naturally an athletic person, and as a result, the obvious choice was to pursue a career in sports,” Knight shared.

Though sports was his first career choice, he also completed a culinary course at GC Foster College during his first year to further develop his natural talent for cooking.

Upon completing his studies, he began his sports career as an assistant rugby coach and sports massage therapist.

However, the desire to follow his true passion for cooking led him to resign from this position to pursue a full-time career in culinary arts. Knight revealed that the decision to commit fully to a career as a chef was an easy one and “within three months of resigning, I successfully landed the job as a cook at Hope Zoo”.

This was possible after Knight was invited by the management to prepare staff lunches after realising his passion for the craft. “My interest in the culinary arts was actually piqued after a near-death culinary experience where I had an adverse allergic reaction to an undercooked meal. I love food, and almost losing my life to poorly prepared food was the added fuel for my passion to pursue a career as a chef,” he added.

With the mentorship of experienced chefs Tyrone Simpson, Knox Linton, Racquel Oakley, Chad Famewo, Garfield Humphrey and Orion Husseini, Knight’s fire for cooking continued to be ignited as he learned the skill sets to chase his heart’s desire. “I have never been formally trained to be a chef; I learn and observe the masters of the kitchen. Two global culinary powerhouses that both influence my work ethic and style as a chef are Gordon Ramsay with his direct unfiltered flair and his commitment to delivering high-quality meals, and Nusret ‘Salt Bae’ Gökçe’s stylish delivery,” Knight stated.

Fast-forward to 2021, and his Guinness Infused Sweet Scotch Pork Chop, featured in the It’s Guinness Time cooking series, is a burst of tantalising flavours that will excite your taste buds. The creation of this meal was inspired by an on-the-spot coincidence. “Chilling with friends, I had a bottle of Guinness in hand and just decided to add the robust stout to the sauce. Lo and behold, the masterpiece was created.” His sauce, seasoned with honey, Scotch bonnet pepper, ketchup, mustard, and Guinness, is guaranteed to have your taste buds “dancing for joy”.

Knight, now employed at Russell’s T20 located at 12 Dunrobin Ave, Kingston, focuses on curating the optimal culinary experience. From friends and loved ones to catered guests, he strives to make his meals memorable. Another of his unique creations is his signature sweet and sour pasta with shrimp and pineapples. “It’s quite an unusual combination, but the unexpected ingredient, the pineapple, always leaves people wanting more.”

Knight values creating a mouthwatering euphoria for anyone who has occasion to indulge their palate in his epicurean chef-d’oeuvres, whether at his restaurant or casually with his friends. He aspires to expand his international culinary capabilities in Italian cuisine and work in Dubai or France. Beaming with joy, Knight shared, “the best feeling in the world is getting paid for what you love to do”.