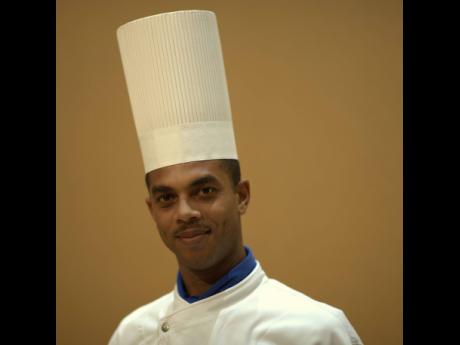 Executive Chef Randie Anderson is urging the building of awareness of the importance of gastronomy so that Jamaica may benefit even more from its culinary offerings.

Anderson, who is also a culinary evaluator, certified culinary administrator, president of the local chapter of the American Culinary Federation, and Jamaica’s representative to the International Institute of Gastronomy, Culture, Arts and Tourism (IGCAT), believes that Jamaica’s unique culinary offerings give it a distinct advantage over rival Caribbean islands when it comes to marketing the island as a tourist destination.

He noted that Jamaica is not the only island with “nice weather, nice people and beautiful sunshine”. Its food would make it one of the most competitive destinations, but awareness of its gastronomic offerings is critical.

“One of the most important things, to make it short, is building awareness, and I believe once the awareness is there, all the other pieces will fall in place where persons will have more appreciation of our food, of our culture and also will put in the correct work to build and expose our rich history, culture and tradition, especially through our food,” Anderson told The Gleaner on the first day of the Culinary Arts and Gastronomy Symposium at the HEART College of Hospitality Services (HCHS) in Runaway Bay.

Anderson said it was important to bring stakeholders with the right mindset together and get them pulling in unison towards the same goal.

Meanwhile, director principal at the HCHS, Dr Janet Dyer, has hailed the staging of the symposium, noting it was the final of the nine-point plan that the institution had for the year.

Staged under the theme – ‘A Taste of HEART: Integrating Gastronomy in the Jamaican Cuisine’ – the three-day symposium attracted local and international participants who spoke on various topics such as the emergence of gastronomy engineering, and fundamentals of culinology.