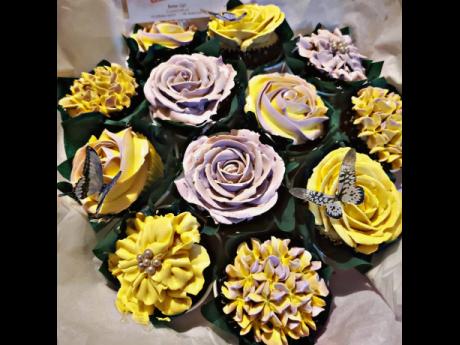 Contributed
Batter Up offers a myriad of cupcake bouquet arrangements suitable for any occasion. 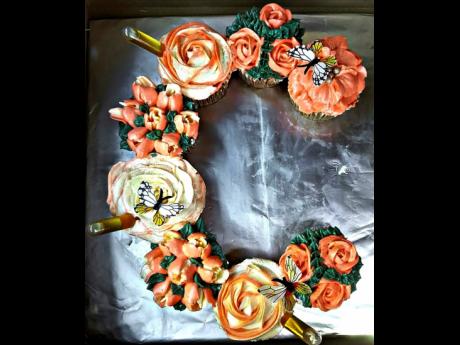 Contributed
Letter cupcakes are a creative cake option for those wanting sweet treats in smaller portions. 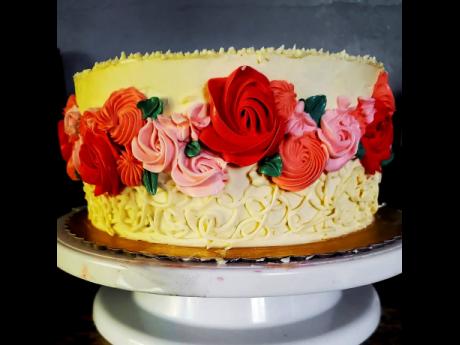 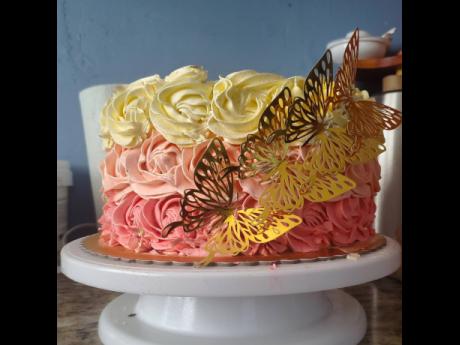 When Ana-Alicia Beckford launched Batter Up in January 2021, she quickly differentiated her brand with innovative offerings like mimosa cupcakes, rum and raisin cheesecake and bun and cheese cupcakes.

Her ability to “batter up” beautiful and delicious pastry creations is innate. Beckford recalled finding her curious self in the kitchen as a child, observing family members bake, cook, and getting in on the action.

“I was exposed to it through my aunt who was living with me,” Beckford, who is also a high school teacher, told The Gleaner. “She used to do cake mix and put her twist on it, and sometimes I would help her. My other aunt and uncle in Westmoreland used to do baking for Christmas, and their Christmas cake is really popular down there, so every Christmas, I was always with them, in the kitchen observing. My uncle would instruct me on what to do, or he’d show how he does something, so that is where the love for baking stems from.”

She started baking and cooking for fun, often whipping up sweet treats and meals for family and friends. Being a mother of two, she was motivated to turn her passion into a business, but it was with the encouragement of her brother that she finally decided to make it happen.

With a little over a year in business, Batter Up is pulling new and repeat customers with bestsellers like their black forest, carrot and chocolate mocha cakes, rum and raisin cheesecake and bread pudding. Their offerings, also influenced by seasons, further include banana bread, bouquet cupcakes, carrot cupcakes and fruitcake.

With Easter around the corner, Beckford dished on the inspiration behind her bun and cheese cupcakes and overall recipe development process.

“I do a lot of research on flavours or ingredients that are associated with a particular theme or season, and I do a lot of trial and error,” she started. “I always want to do something different, so it depends on the season or the theme that I’m working with for that special. The reason for the bun and cheese cupcakes was an Easter special, so instead of baking a whole bun and selling it, I said, why not try to make a bun and cheese cupcake? I don’t know how to describe the taste. It doesn’t taste like the actual bun and cheese, but it tastes like it. The feedback was great.”

Her signature ingredient is butter, adding, “It’s also the quality of butter. People will always taste the butter, but it’s not like a cloying type of thing. It complements everything, so they will tell me that for both the icing and the cakes.”

Her vision for Batter Up is to have a storefront mirroring the business model of the Cheesecake Factory.

“I would love to have pastries still being offered, but I also want to have food being served at the business.”

As for people who are hesitant about pursuing their passions, Beckford left some encouraging words.

“Fear hinders us a lot from being great, so the hardest thing to do is try. Once you start trying, everything will flow. Believe in yourself, and you can achieve anything... . Sometimes, it’s not only fear of failure but also fear of success, so we need to overcome that fear and just start. Once it’s something you’re passionate about, you realise that you’re not working; you’re just doing something you love.”