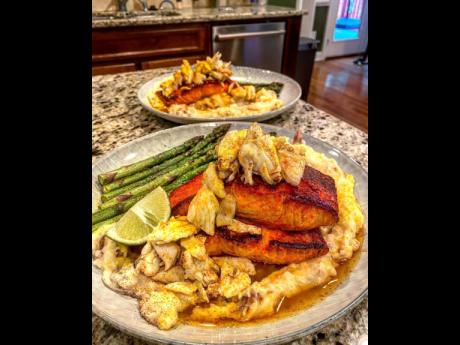 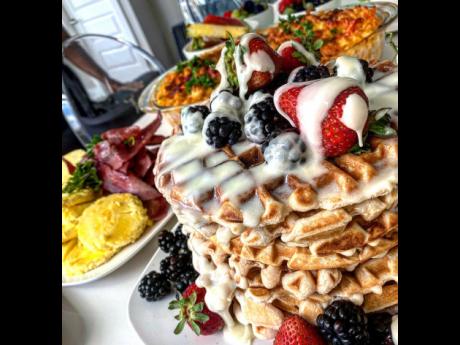 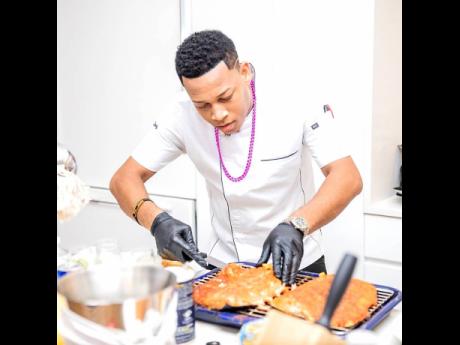 Contributed
In the kitchen, the good chef is busy in carving mode. 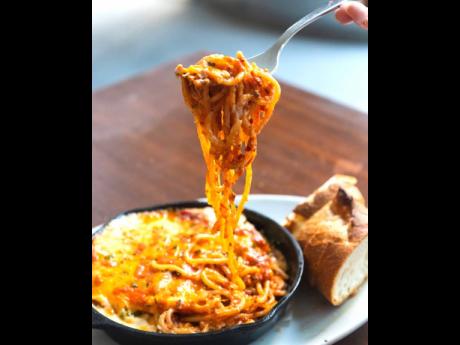 Contributed
There’s nothing more heartwarming than a tasty serving of spaghetti. 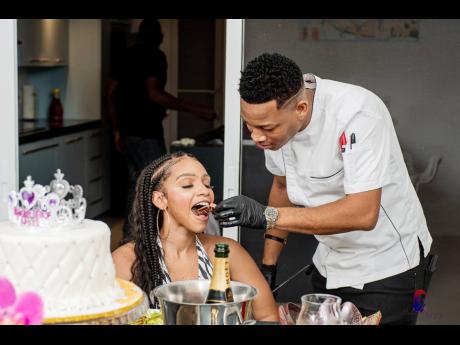 Contributed
The birthday girl gets a taste of the Chef Jay culinary experience. 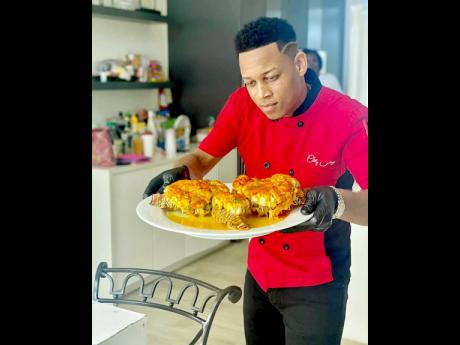 Contributed
Chef Jemar Lyon, better knows as Chef Jay, shows off his lobsters, grilled to perfection and simmered in his signature sauce. 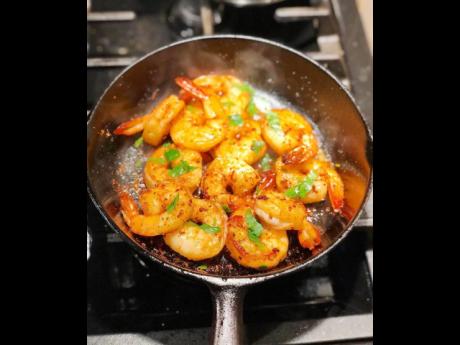 Summer might be over but Chef Jemar Lyons is still bringing the heat into the kitchen. His introduction to the culinary arts took a unique journey from the call centre to all things flavour. Feeding his passion, he sizzled on to the scene and rose to social media stardom recently when his videos catering to his female diners went viral. So, if taste is what you favour, then the good chef is here to have you savour every succulent bite.

Going by the moniker Chef Jay, he provides scrumptious offerings such as alfredo pasta, seafood boils and other munching medleys such as grilled lobster with macaroni and cheese and asparagus, lamb, jerked conch, barbecued ribs, jerk chicken, classic fried chicken, and brown stewed fish, just to name a few. He can whip up chicken and waffles topped with fruits, loaded omelettes, and the like for brunch, and will be happy to smooth things over in the dessert department with his sweet take on cheesecake.

“From a young age, I used to watch the local television programme called Creative Cooking. I was fascinated with the explanations of the dishes shown by Chef Mazie Miller, anticipating that result. I knew then and there that I wanted to do something that involved cooking,” he explained to Food. Wasting no time, he formed early memories preparing mackerel and white rice for his mother. “At the time, that is all we could afford,” he added.

Attending the Western Hospitality Institute and completing his associate degree in culinary chef management in 2016, he was well on his way to living the life he had always hoped for. But his delicious dream took an unexpected detour. “To be honest, I didn’t work in the culinary industry after college. Before now, I was in the call centre circuit, started as an agent, and went on to be a supervisor. It wasn’t until a day before the lockdown in 2020 that I left Jamaica for Turks and Caicos that I became a chef. I applied for a restaurant there and got through.”

Excited to finally be fulfilling his purpose, he made quite a name for himself, specialising in the mouthwatering taste of Jamaican food. The local islanders and foreigners alike were impressed by the amazing taste of dishes like curried goat. What he didn’t see coming was the extended lockdown, which was bad for business. Chef Jay faced hard times during this period and decided to take the biggest gamble in a new country: taking his savoury set solo.

With even tougher times ahead, he struggled to make ends meet, relying heavily on savings. “If I didn’t work, I didn’t eat. It was rough.” But he caught a break seven months later in August of last year when he booked his first culinary catering gig with a group of seven. The crew had seen his post of home-cooked meals and that attracted them. This client introduced another, but it wasn’t a busy time for him until he added feeding females into the package.

The seductive chef sets a festive tone for his events, bringing sexy back to cooking, cutting, and carving. From there, he selects one lucky woman from the group to tease and please her palate, putting on a stellar performance for his audience present and those watching virtually. This has now become a signature move for the elite chef, who has amassed over 150,000 followers on Instagram.

Now that he has moved to Miami, he is working on the release of his seasoning and sauces, and his ultimate goal is to open a restaurant. But his first course of action: becoming a travelling chef. “I find that a lot of people would love to travel for their vacation, but they are unable to do so. My aim is to bring the Chef Jay experience to them.”