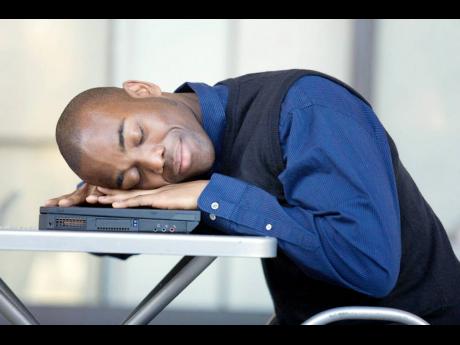 A new study is suggesting that if you often find yourself falling asleep during the day, it might be an early warning sign that you have Alzheimer’s disease.

Areas of the brain that keep you awake during the day are damaged in the early stages of the memory-robbing disease, which is why people with Alzheimer’s may nap excessively long before they start to struggle with forgetting things, the study authors pointed out.

Not only that, the scientists also found that damage to brain regions involved in daytime wakefulness was caused by a protein called tau. This provides more evidence that tau may play a larger role in Alzheimer’s than the more extensively studied amyloid protein, the researchers noted.

“Our work shows definitive evidence that the brain areas promoting wakefulness degenerate due to accumulation of tau – not amyloid protein – from the very earliest stages of the disease,” stated study senior author Dr Lea Grinberg.

She is an associate professor of neurology and pathology at the Memory and Aging Center and a member of the Global Brain Health Institute at the University of California, San Francisco.

Previous research has suggested that excessive napping is due to poor sleep caused by Alzheimer’s-related disruptions in brain regions that promote sleep, or that sleep problems themselves contribute to Alzheimer’s disease progression.

In this study, the researchers analysed the brains of 13 deceased Alzheimer’s patients and seven people without the disease. The investigators concluded that Alzheimer’s disease attacks brain regions responsible for wakefulness during the day, and that these regions are among the first damaged by the disease.

The findings suggest that excessive daytime napping could serve as an early harbinger of Alzheimer’s.

In the Alzheimer’s-affected brains, significant tau buildup was found in all three wakefulness-promoting centres examined by the researchers, and those regions had lost as many as 75 per cent of their neurons.

The findings were published on Monday in the journal Alzheimer’s and Dementia.

According to study lead author Jun Oh, a Grinberg lab research associate, “It’s remarkable because it’s not just a single brain nucleus that’s degenerating, but the whole wakefulness-promoting network. Crucially, this means that the brain has no way to compensate because all of these functionally related cell types are being destroyed at the same time.”

Dementia affects each person in a different way, depending upon the impact of the disease and the person’s personality before becoming ill. The signs and symptoms linked to dementia can be understood in three stages.

Early stage: The early stage of dementia is often overlooked, because the onset is gradual.

• losing track of the time;

Middle stage: As dementia progresses to the middle stage, the signs and symptoms become clearer and more restricting.

• having increasing difficulty with communication;

Late stage: The late stage of dementia is one of near-total dependence and inactivity. Memory disturbances are serious and the physical signs and symptoms become more obvious.

• becoming unaware of the time and place;

• having difficulty recognising relatives and friends;

• having an increasing need for assisted self-care;

• experiencing behaviour changes that may escalate and include aggression.

There are many different forms of dementia. Alzheimer’s disease is the most common form and may contribute to 60–70 per cent of cases. Other major forms include vascular dementia, dementia with Lewy bodies (abnormal aggregates of protein that develop inside nerve cells), and a group of diseases that contribute to frontotemporal dementia (degeneration of the frontal lobe of the brain). The boundaries between different forms of dementia are indistinct and mixed forms often co-exist.

• Dementia is a syndrome in which there is deterioration in memory, thinking, behaviour and the ability to perform everyday activities.

• Although dementia mainly affects older people, it is not a normal part of ageing.

• Worldwide, around 50 million people have dementia, and there are nearly 10 million new cases every year.

• Alzheimer disease is the most common form of dementia and may contribute to 60–70 per cent of cases.

• Dementia is one of the major causes of disability and dependency among older people worldwide.

• Dementia has a physical, psychological, social, and economic impact, not only on people with dementia, but also on their carers, families and society at large.