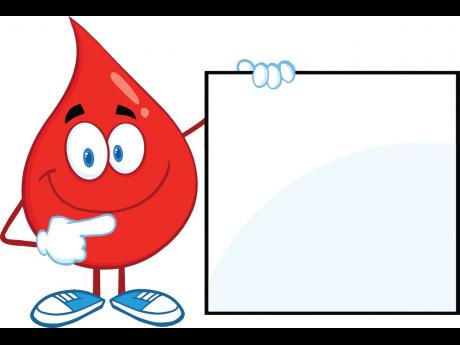 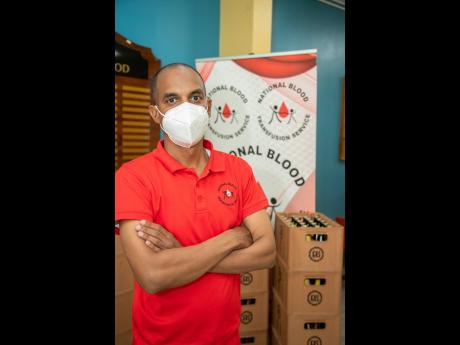 Contributed
Blood donor organiser at the National Blood Transfusion Service, Igol Allen, is hoping for an increase in the number of blood donors.
1
2

We’ve often seen those social media posts or messages in WhatsApp groups from friends and colleagues making a desperate plea for blood for someone in need. While some persons readily respond, others are reluctant due largely to misconceptions around blood donations. Blood donor organiser at the National Blood Transfusion Service (NBTS), Igol Allen, said despite efforts to educate the public, several myths persist.

“People think that you can only give blood once per year, but you can actually donate blood every three months. I’ve heard people say giving blood will make you sick, that you can catch a disease by giving blood. None of that is true. Some people are also confused about the process. One of the biggest ones we hear is that you shouldn’t eat before a donation because a blood test will be done. However, you do need to eat at least three hours before donating. People often make up stories about things they don’t know to justify their fear. They have never done it, so they don’t know what to expect,” said Allen.

With national blood supplies consistently lagging behind demand, Allen says it’s important to set the record straight. According to the blood donor organiser, the NBTS follows strict guidelines that are among the best in the world. “We have a rigorous internal process to check and see if a potential donor is healthy enough to donate. A few reasons for rejection can be if an individual has any acute illnesses like cancer, diabetes or any blood-borne diseases such as HIV/AIDS,” shared Allen.

Having low iron levels or being a victim of a miscarriage six months prior will also affect eligibility. Donors are also required to weigh 110 pounds or more. Before giving blood, donors should also ensure that they have had enough rest. Smoking 72 hours before the donation time is not recommended and tattoos must be more than a year old.

Donors are encouraged to eat meals that are high in iron and calories and to drink plenty of water to stay hydrated before going to their appointment. Eating healthy will ensure that iron levels are good, an important mineral for blood production. “We recommend a healthy meal, not cornflakes or fruit, but a good ol’ Jamaican meal like stewed chicken and ground provisions. Additionally, we ask donors to wear loose fitting clothes to promote blood circulation and allow easy access to the puncture point where the blood is extracted,” Allen explained.

In an effort to meet growing demands, the NBTS has implemented programmes to encourage donations from individual and corporate donors, which often include blood drives organised by celebrities, schools and corporate entities. Beverage brand, Malta, recently committed to donating 200 cases of its product to support the after-care of blood donors. “Donors actually look forward to refreshment when the process is over, so we are pleased with Malta’s commitment to donate 50 cases every quarter to the end of the year. Many of our donors specifically ask for a Malta because of its high vitamin B content which helps to re-energise the body after giving blood,” said Allen.

Most donors will not feel any different after giving blood, and are generally able to perform their usual duties and activities. However, Allen recommends that, for the rest of the day, donors take it easy as their body naturally replaces the blood. Interested donors can visit the National Blood Transfusion Service at 21 Slipe Pen Road or visit https://nbts.gov.jm/ to set an appointment.