The debilitating impact of endometriosis on women 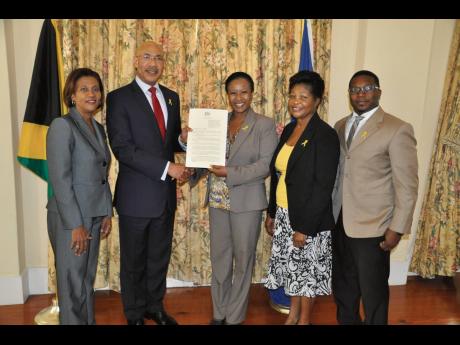 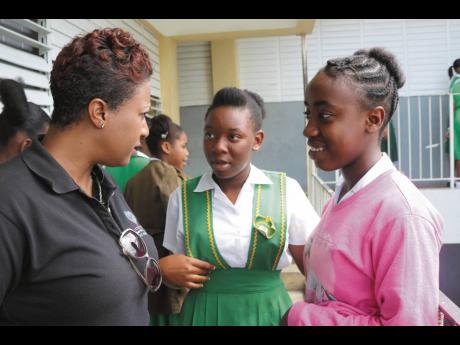 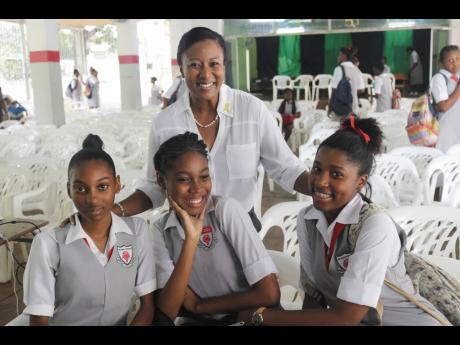 Contributed
Shauna Fuller Clarke with students at The Queen’s School.
1
2
3

Women with endometriosis commonly experience very painful periods and painful sexual intercourse. Some will also have pelvic pain which can last throughout the cycle. Bowel symptoms, such as bloating and diarrhoea, are common and are often put down to irritable bowel syndrome.

BASE (Better Awareness and Support for Endometriosis), a non-profit organisation that has been around for almost 10 years, is dedicated to creating awareness of endometriosis and has been advocating for persons to have a better understanding of the disease, and for women to access better treatment options and a better quality of life.

Shauna Fuller Clarke, founder and endometriosis advocate at BASE, said the most common symptom of the disease is chronic pain before, during and after the period. “When I say chronic pain I mean pain that cannot be alleviated with over-the-counter medication. This is chronic pain where you are curled up on the floor, unable to move. Sometimes it is so bad that you feel nauseous. Regular medications do not work,” Fuller Clarke said.

According to her, symptoms of bladder irritation are experienced by two-thirds of sufferers. Fertility is often reduced, and in advanced cases, scarring in the pelvis makes it difficult for an egg and sperm to meet and fertilise. Even in mild cases, a cocktail of inflammatory substances in the pelvis can be toxic to eggs and embryos.

“When this tissue is deposited outside of the uterus, it is usually deposited in the pelvic area, but it really can go anywhere in the body. There are cases where women will have the tissue in their pelvic area, but there are other cases where women can have the tissue at the back of their throat. Around the time of the period, the person may cough blood,” Fuller Clarke said.

“They may even have it at the back of their nose, in which case they may have nosebleeds. There was a case where a woman had endometriosis in her brain, so she would have seizures. I had endometriosis in my lungs, and what that caused was severe shortness of breath. Eventually my lung collapsed,” Fuller Clarke said.

Endometriosis is common and debilitating. Deposits of tissue resembling the lining of the womb are left in places they would not normally occur. The ovaries, tubes and walls of the pelvis are common targets. The bladder and bowel can be affected and, on rare occasions, body parts such as the liver can be involved. With every period the deposits bleed, setting off a vicious cycle of inflammation and scarring.

The daily effects of living with chronic illness, including managing pain and associated fatigue, extend to all areas of women’s lives. Depression and anxiety are very common and the impact on relationships and sex, plans for a family, and career and productivity, can be immense. To add further difficulty, many will have a long and difficult journey towards diagnosis and proper management, with multiple attendances at their general practitioner and in the accident and emergency room.

According to Fuller Clarke, for years many women have suffered from endometriosis, and despite the prevalence of the disease, there is still little awareness and recognition by government and society of the profound impact on these women and their loved ones.

“Women still battle with frequent misdiagnosis and delayed diagnosis, as it takes an average eight to 10 years for a woman to be properly diagnosed,” Fuller Clarke said.

“It is generally acknowledged that an estimated 10 per cent of all women during their reproductive years, from the onset of menstruation to menopause, are affected by endometriosis. This equates to 176 million women throughout the world, who have to deal with the symptoms of endometriosis during the prime years of their lives,” she added.

All women between the ages of 15 and 44 are vulnerable to endometriosis – women of reproductive age who produce more oestrogen than women experiencing menopause or young girls.

According to Fuller Clarke, many women deal with endometriosis in their individual way every day, and unfortunately, mostly in silence. However, BASE operates specific programmes to educate students, workplaces and nurses in Jamaica to raise general awareness, with their current goal to undertake research relating to endometriosis in Jamaica and to advocate for better policies that affect those with the disease.

What are the stages of endometriosis?

There are different ways to measure endometriosis. The most widely used scale is from the American Society of Reproductive Medicine. Doctors assign points according to the spread of the endometrial tissue, its depth, and the areas of your body that are affected.

Based on the results, the condition is ranked in one of four stages:

Stage 1 or minimal: There a few small implants or small wounds or lesions. They may be found on your organs or the tissue lining your pelvis or abdomen. There’s little to no scar tissue.

Stage 2 or mild: There are more implants than in stage 1. They’re also deeper in the tissue, and there may be some scar tissue.

Stage 3 or moderate: There are many deep implants. You may also have small cysts on one or both ovaries, and thick bands of scar tissue called adhesions.

Stage 4 or severe: This is the most widespread. You have many deep implants and thick adhesions. There are also large cysts on one or both ovaries.