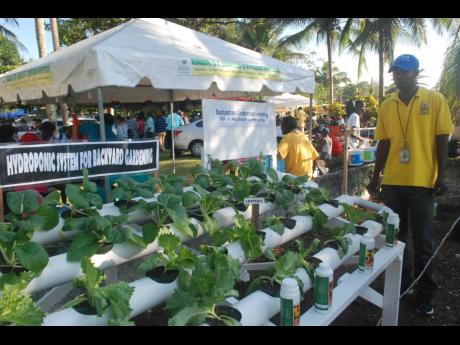 Some hospitality workers in tourism-dependent Hanover are contemplating moving into agriculture, in light of the fallout in tourist arrivals triggered by the COVID-19 pandemic, which has brought the industry to a standstill.

Among these workers are Gary Kerr, a sous chef at the Grand Palladium Hotel, which is located at Point Estate in Lucea. Kerr who, in addition to the culinary arts, was trained in agriculture at the Knockalva Agricultural School in the parish, is gearing up to fall back on his farming and agribusiness skills.

“I am looking to be even more in-depth in agriculture, in terms of crops and livestock and investing in that area a little bit more. This is at the forefront and, in fact, I started doing it already, because I started clearing some land in Richmond, and I am going to go into beekeeping; that’s for sure,” Kerr, 42, told Hospitality Jamaica last Saturday.

“I am definitely going to go into some long-term crops. I am thinking pineapple, for long term, coconuts, and for short term, some plantain, banana, yams, and then I am going to look at some livestock, pigs, goats and even cows,” he added.

Kerr says he is confident that his re-entry into agriculture will be lucrative, as food is a life essential.

“Agribusiness is a solid business, owing to the fact that people have to eat. And so, regardless of the fact that tourism might not get back on its foot for now, when it does, you still have an advantage, because you are still going to be able to eat and supply food to others. So whatever you lost during the COVID period, you will be able to recoup that,” he said.

Twenty-year-old Sannia Pennicooke was in the last few weeks of her 10-month-long massage therapy course at the ADO Unisex School of Cosmetology and Massage Therapy in Negril, when schools were instructed to close by Prime Minister Andrew Holness.

The Green Island High School graduate told Hospitality Jamaica that she has been weighing business ideas, having studied entrepreneurship as a subject in high school, as her hopes for a job at a hotel spa upon graduation have been dashed for the moment.

“I have been contemplating another source of livelihood, because all the countries are heading into recession at this point, so people won’t have money to go on vacation and all of that, so what I was thinking initially was to go back to a call centre until all of this subsides,” she said.

“I was also thinking about rearing some chickens to get eggs from and sell them. I have not fully thought out that plan, but my mother has spoken to someone who is knowledgeable and they have been giving us some ideas, so I am aware you have to have markets, water, electricity and so forth,” Pennicooke said.

Obrian Campbell, who is domiciled in Naples, Florida, where he went to work as part of a hospitality work programme, is waiting with bated breath to return to Jamaica, after the hotel at which he was working closed its doors on April 1.

Campbell told Hospitality Jamaica, in a telephone interview, that he was initially planning to relax at his home in the farming community of Chambers Pen, after completing his tour of duty at the resort at which he was stationed since arriving in the US late last year, but with the pandemic battering that country, this plan will have to be shelved.

“I would not want to sit and depend on one thing and as time goes by it doesn’t materialise. I will have to look at farming as an alternative. I might have to get together with some of the older, more knowledgeable farmers and some positive youth from the area and see if we can form a little group, because it would benefit all of us,” Campbell said.