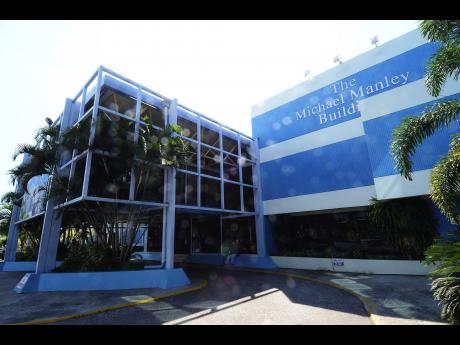 Auditor General Pamela Monroe Ellis has revealed that investments by the National Housing Trust (NHT) totalling $2 billion in three major projects have failed to produce any returns after periods spanning five to more than 10 years.

The government oversight body said the Trust invested in the Jamaica Lifestyle Village, Central Wastewater Treatment Company Limited (CWTC) and Harmonisation Limited without taking into account the cash-flow impact and the expected rate of return on the investments.

In addition, the auditor general found that the Trust did not ensure that the investment decisions were in line with the strategy of the NHT.

In June 2010, Cabinet approved the transfer of the NHT's shareholding in CWTC to the National Water Commission (NWC) for the nominal sum of $1.

The minutes of a March 29, 2004 board meeting of the NHT indicated that the project would be undertaken as a build, own, operate and transfer project, with NHT, the Urban Development Corporation and a private company transferring their interest to the NWC after they have recouped their investment.

Monroe Ellis reported that, to date, the Trust has not received any income from the investment of $302.09 million in equity and $105.03 million in loans and advances.

Responding to queries from the auditor general in March 2015, the NHT said the project was a social investment.

However, Monroe Ellis said there was no evidence in the minutes of the board meeting that the board treated the project as a social investment.

In a performance audit of the NHT, tabled in Parliament yesterday, the auditor general reported that the Jamaica Lifestyle Village investment had not materialised and, as such, the Trust was unlikely to recover the $63.2 million invested.

Lifestyle Village of Jamaica Limited is the corporate vehicle created to implement the retirement communities envisaged by the Master Plan for Sustainable Tourism Development.

The project, which was approved by Cabinet in March 2006, was intended to provide residential accommodation for returning residents. At the time of its approval by Cabinet decision number 12/06, it was stated that the NHT should provide assistance to the project as a minority shareholder and developer and that capitalisation of the company should be obtained primarily from the private sector.

Four building societies and an insurance company were named as prospective partners.

However, Monroe Ellis said that to date the NHT is the sole shareholder.

Last month, the NHT indicated that the "project has been negatively impacted by the international financial meltdown of 2008 and with the best of investment information, these variables were not foreseen".

The audit was conducted to determine the level of due diligence undertaken by the Trust, prior to decisions pertaining to investments and land acquisitions.

Commenting on Harmonisation Limited, Monroe Ellis said the Trust claimed it had no other asset that had shown comparable significant capital gain based on market value.

However, the auditor general argued that the land was not acquired for resale, but to facilitate the construction of a resort colony with 4,500 hotel rooms and 500 residential units. This investment was slated to provide direct employment opportunities to approximately 16,500 individuals. After more than 10 years on the drawing board, the auditor general has reported that the development remains stalled.

In 2014, NHT's investment in Harmonisation Limited, which comprises loans and accrued interest, amounted to $1.6 billion.

The auditor general said all three investments were approved by Cabinet.

Up to late yesterday afternoon, the NHT said it had not seen a copy of the performance report and as such could not comment at this time.

Efforts to reach former chairman of the NHT, Easton Douglas, for comment were unsuccessful, as calls to his number were said to be restricted.