Devil in the music - 'dancehall is the source of evil' 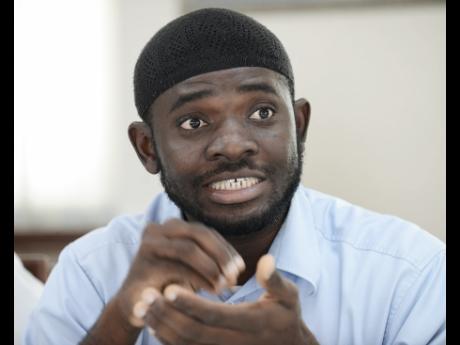 Less than a week after the Education Ministry banned the "Charlie Charlie" game in the country's schools, the Islamic Council of Jamaica is warning that dancehall music should also be avoided, as listening to it puts its listeners under the influence of evil spirits known as jinns.

Speaking at a Gleaner Editors' Forum on Wednesday, Dr Sulaiman Tijani, warned that while the Qur'an speaks to the dangers of music in general, the negative values portrayed in dancehall music made it a most egregious art form, and is the direct result of the influence of evil spirits.

"When you look at what the dancehall culture promotes, you will see that it promotes the degradation of women, it promotes a culture of unaccountability and so, if we are looking at it from the element of jinn in the music, that element is definitely there," explained Tijani, as he explained that jinn were supernatural beings created by Allah (God), these he said, influenced humanity to do good or to do evil.

Tijani went on to state that the negative influences that these jinn carry in the music, could go on to permeate individual's thoughts and thereby influence behaviour, which can lead to societal problems.

"There are songs that people sing only because they hear it over and over again, but if they should stop and look at the words, they would say, 'why am I even singing this', but it is the destructive elements of these songs which have a way of permeating the mind and causing the individual to act in certain negative ways. And so in Islam, music is something that we tend to avoid."

While stressing that Islam was not anti-music, Tijani advised that substitute for 'this demon music' was the spoken word.

"We are not anti-music but just like everything in life, there are restrictions. It is the same for music as wind and string instruments invite the jinns, so you want to avoid those. When we speak about music, we speak of the spoken word and dub poetry. For me, personally, I will listen the Qur'an being recited as there is nothing more melodic and beautiful," said Tijani

However, Dr Donna Hope, director and senior lecturer at the Institute of Caribbean Studies and Reggae Studies Unit, at the University of the West Indies, was wary of religious opinions which she believed were not entirely knowledgeable of the social dynamics which lead to the creation of dancehall.

"I think that our Muslim colleagues may need an introduction to Jamaican culture and the lives of Jamaicans before making those blanket statements, as not all dancehall lyrics are derogatory," urged Hope, as she dismissed claims that dancehall music is a creation influenced by supernatural beings.

"Some of the challenges I have ... (include) when people begin to think that dancehall is an invention or that the artistes just make it up, when in fact, it is a part of our lives and the daily experiences of working-class people. There are some who might not be comfortable when these experiences are exposed in the way that it is, but it is who we are - the good, the bad and ugly, and we should not just simply ignore it."