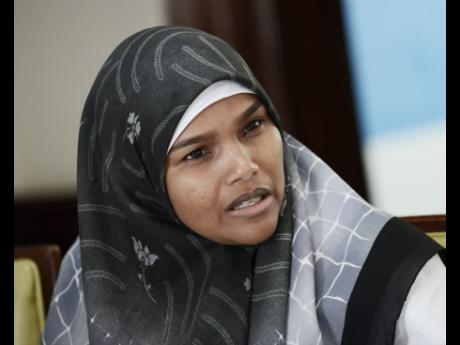 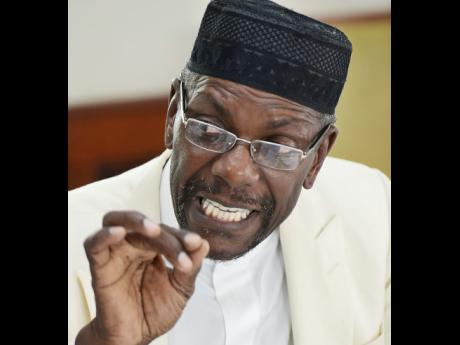 Many of Jamaica's social problems, especially those concerning the family and paternity, can be alleviated if the country practised polygamy, a female member of the Islamic Council of Jamaica has said.

"I don't understand why it is a situation where it is being looked upon as such a disadvantage, when to me, it has practical use. I think it can solve a lot of our problems," emphasised Rashidah Khan-Haqq while speaking at yesterday's Editors' Forum held at the Gleaner's headquarters on North Street in Kingston.

According to Khan-Haqq, if Jamaican men were allowed to have more than one wife, the country would be less burdened with issues of delinquency, infidelity, single parenthood, among others.

"Everywhere I go, it is the first question they ask me, especially the men. They say 'I want to come into your religion because I can have four wives," said Khan-Haqq. "But they don't understand that there are rules and there are conditions. You can have a man being married to up to four wives, [but] of course treating them equally, both financially and emotionally."

Against this background, said the mother and wife, both men and women will be forced to be more responsible for their actions and for their partners well-being.

This is in stark contrast to the realities of the Jamaican situation today, argued Khan-Haqq, noting that the culture of a man having a 'bag a gyal' is more a cause for concern than a man having as many as four women calling him husband, and for whom he is responsible.

"I will have people looking down on me and saying I'm at a disadvantage because my husband can have four wives. But at the same time, these same housewives, when the man is out there cheating with God knows who, you are there sitting down thinking that your husband is faithful but he is not. People don't look at that as a serious problem, and that to me is (a) worse disadvantage," she reasoned.

"I know that if I see a child on the road and it looks like my husband, I know it is his other wife's child. And I don't have to find out 10 years down the line that it is his child, and say 'oh, I was wondering why it looked like him'," she said.

Khan-Haqq has been married for seven years and has a two-year-old daughter. She said that prior to her marriage, she agreed with her husband that had local laws allowed, and in a situation where she was unable to have children, she could accept him marrying another woman. Her husband, however, declined the offer.

In the meantime, acting president of the Islamic Council of Jamaica, Mekaeel Maknoon, explained that there are at least three Islamic males living on the island with more than one wife. Those persons, he said, were married overseas and came to the island as wedded couples.

He explained, however, that there are specific circumstances in which a man can have more than one wife in a religious context, without encroaching on Jamaican civil laws against polygamy.

"When an Islamic man marries based on civil law, he would be granted a civil certificate, and he would also be performing the religious ceremony that goes with it as well. So he will also get a certificate that states that he is married in accordance with Islamic laws, as well as in accordance with the law of the land," Maknoon explained.

Were men and women meant to have multiple partners?
God did not condemn polygamy